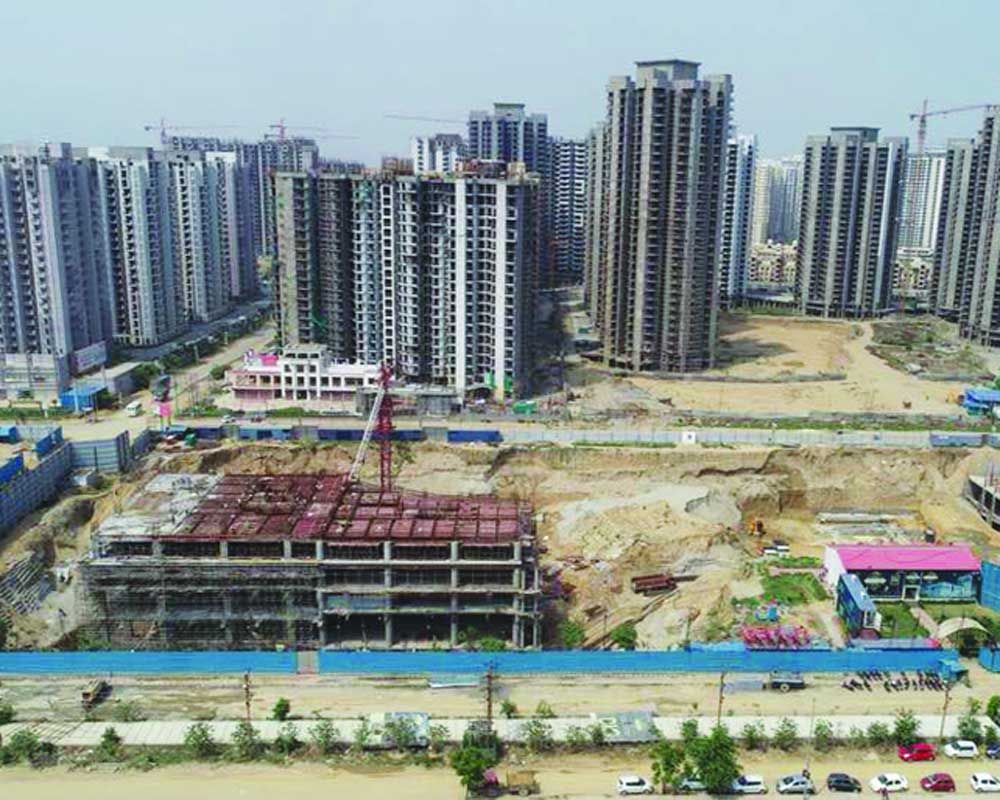 No matter how dismal the economic scenario, it is possible to pull the country out of the slowdown and prevent it from going into a full blown recession

There is no doubt that India is currently facing an economic slowdown and the Narendra Modi Government is fighting with its back to the wall to keep a full blown recession at bay.

A recession is a period when fiscal performance declines significantly and is typically recognised after two to three consecutive quarters of decline in the growth rate of the Gross Domestic Product (GDP).

Though while presenting the Union Budget the Finance Minister set a target of seven per cent GDP growth and a $5 trillion economy in the next five years, there are fears that India could head towards an economic recession from here.

Former Reserve Bank of India Governor Raghuram Rajan has called the deceleration “very worrisome” and pointed out that the Modi Government needs to fix the immediate problems in the power and non-bank financial sectors and come out with a new set of reforms to energise the private sector to invest further to boost the economy.

However, no matter how dismal the scenario, it is not impossible to pull the country out of the current slowdown it is facing and prevent it from going into recession. But before we look at how to get the economy in the green, it would be prudent to look at what the worrying factors are.

Exactly how grim the situation is can be substantiated through various data analysis. Recently, the Index of Eight Core Industries was issued by the Government and the combined Index of Industrial Production (IIP) stood at 131.4 per cent in June 2019, which was merely 0.2 per cent higher as compared to the index of June 2018. This is a major worry but not the only factor for the doldrums the economy finds itself in.

The automobile sector is in negative growth. July sales of vehicles fell the most they have in 19 years, across categories, at 18.7 per cent year-on-year as per data released by the Society of Indian Automobile Manufacturers. In the passenger vehicle segment, the fall was almost 31 per cent.  There has been news of thousands of people being laid off and lakhs more set to lose their jobs in this sector. At Mahindra, the country’s largest maker of utility vehicles and tractors, entry-level campus hiring will be reduced to about half. “As against around 400 we used to hire, we will take just about 200 this year”, said Chief People Officer Rajeshwar Tripathi.  The approach now is to minimise fresh hiring and enhance productivity, he said.

Tata Motors on the other hand has almost stopped external hiring, including campus hiring and has been encouraging internal job rotations to fill positions. Automakers have slashed production, which has affected about 3,50,000 jobs across vehicle manufacturing, components and distribution segments in the last three months. The affected employees include about 2,30,000 at dealers, 100,000 in the auto component industry and another 15,000 casual and temporary workers. Around 3,000 temporary workers have lost jobs with Maruti Suzuki as admitted by Chairman RC Bhargava. These were temporary workers whose contracts were not renewed due to the slowdown. This data is for Tier-I companies and if we add Tier-II and III firms, then the number could go up to one million.

There are issues in the telecom sector also. The entry of Reliance Jio has shaken up the entire market and with Jio offering nearly free data, every company is bleeding. Private sector players already have huge debts and losses and might not be able to service their interest in part or repay their loans in the long term. Government sector players like Bharat Sanchar Nigam Limited (BSNL) and Mahanagar Telephone Nigam Limited (MTNL) are also suffering from losses and are unable to pay salaries to their staff regularly. MTNL’s standalone loss for the March 2019 quarter was `755.51 crore and BSNL reported a loss of `8,000 crore for the financial year 2018. Thus, in the long term, they will not be able to sustain continuous pressure of performance and competition with the current huge workforce and might fail altogether.

The real estate sector has been in negative territory since the 2008 global economic meltdown triggered by the US subprime loan crisis. The Real Estate (Regulation and Development) Act, 2016 (RERA) was introduced with the thought that it would help revive the dwindling fortunes of the sector but this was not sufficient. It is said that over 12.76 lakh houses are lying unsold in India’s top 30 cities, compounding the problems of the real estate sector which is already grappling with a severe liquidity crunch as Non-Banking Finance Companies (NBFCs) have curtailed lending to developers following the collapse of IL&FS last year. With the sector facing a cash deficit, more and more builders are becoming bankrupt and this will impact every sector of the economy.

The RBI in its 2018-19 annual report released recently said that the deceleration was cyclical in nature. But due to the factors discussed above, it appears to be both cyclical and structural.  Now the question arises, what is cyclical and structural slowdown? A cyclical downtrend is one in which a country faces a deceleration every four or five years. Suppose if a country is growing at a rate of eight or nine per cent, then a time will come when it will face a decline because we can’t grow at a fixed pace for a number of years. This is a natural correction.

A structural downturn happens due to lack of planning by the Government. This includes poor tax planning, governance and a dysfunctional growth model system. This seems to be the problem with the economy right now.

So the Government needs to bite the bullet and take some quick measures to stop the slide. First, it needs to rationalise the Goods and Services Tax (GST) even if it leads to loss in revenue in the short term. The GST system currently has four slabs at five per cent, 12 per cent, 18 per cent and 28 per cent. On top of the 28 per cent slab, a cess is levied on automobiles, luxury and demerit goods.

Though this move will hurt the Government — as a report by Kotak Institutional Equities estimated that a 10 per cent GST cut on automobiles across the board could cost the Treasury `45,000 crore in a year — but to get out of the economic crunch this recourse will have to be taken. This sum can be easily managed from the RBI surplus and it will also stop the job losses in the automobile sector.

We should also focus on increasing rural consumption and reviving the agriculture sector. For example, sugarcane arrears of `20,000 crore should be given to farmers so that they can buy tractors and other necessary equipment and inputs needed for boosting agriculture produce and income, which in turn will also give a fillip to the economy as increasing household incomes boost rural buying power.

The liquidity crisis needs to be addressed. Even though the Government has infused a capital of `70,000 crore in Public Sector Banks (PSBs), this is not enough for PSBs reeling under a major Non-performing asset crisis. Also, NBFCs that are also running into losses should get some tax reliefs and capital.

This, it can do by reducing taxes and putting in place a mechanism for easy disburse of loans so that small companies can easily get capital to invest into their business and generate employment.

The Government needs to identify new export markets and take advantage of the ongoing trade war between the US and China. It must come out with new measures to attract both US and Chinese companies in order to maximise our exports.

Healing the sick economy might require other tough measures like initiating much-needed structural reforms in the areas of labour laws, taxation and legal reforms in order to enhance the ease of doing business but it can and must be done to keep the country out of a recession and in pursuit of fulfilling the vision of India becoming a $5 trillion economy by 2024-25.