Our cup of plastic woes is brimming over

Our cup of plastic woes is brimming over 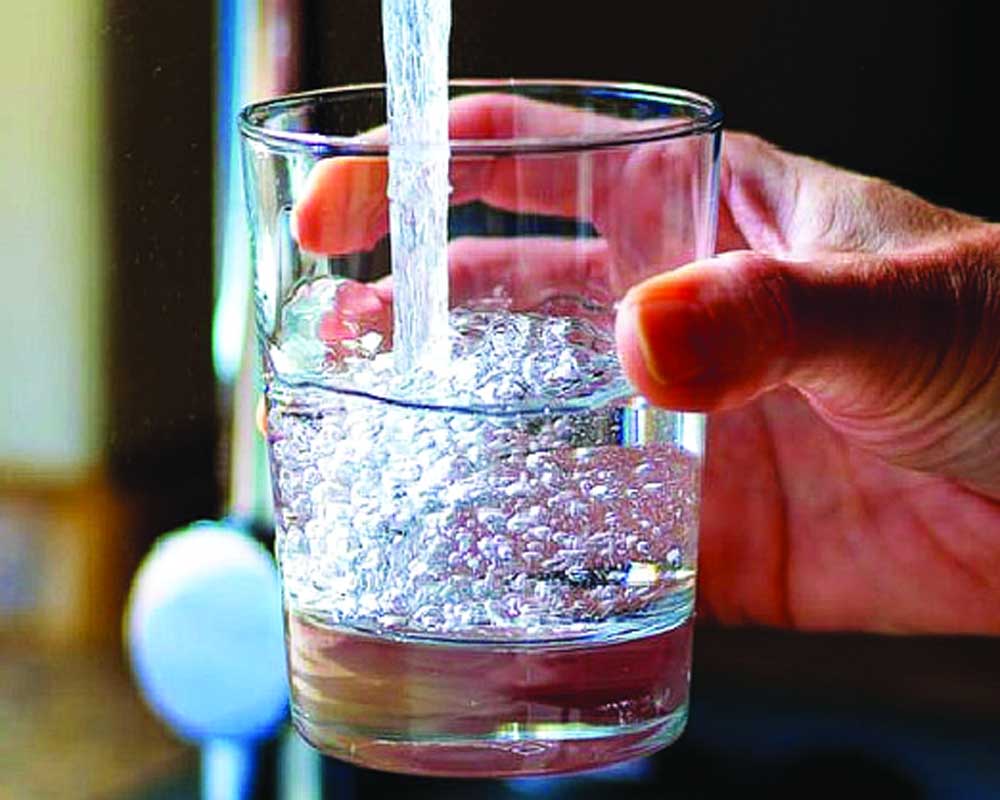 A study has revealed that 82.4 per cent of India’s tap water is contaminated with microplastics as out of the 17 samples collected from New Delhi, 14 had microscopic plastic fibres in them

The presence of plastic in every walk of life has become an accepted fact, but microplastic contamination in drinking water is an altogether different level of pollution and is fast becoming an indigestible reality.

The menace of plastic pollution has now percolated the most essential resource that is critical for human survival, water. Pollution and chemicals have already compromised essential resources like air and water but now, the presence of microplastics in drinking water is akin to sounding the death knell of human civilisation. Government action to stem this rapid scourge of plastics can at best be termed as languid and can in no way withstand the plethora of adverse consequences excess plastics are bound to bring.

Frighteningly, the presence of microplastic in water is becoming increasingly common. These particles, that are less than half a millimetre across, have been termed as a major concern by both the World Health Organisation (WHO) and the United Nations (UN) for human health, especially that of the elderly and children. The international bodies have also warned against complacency regarding microplastic contamination and have called for extensive research and a more vigilant posture by Governments and environment regulatory bodies across the world.

Research is critical to understand fully how plastic spreads in the environment and works its way through human bodies. This proliferation is mainly due to plastic production, which has grown exponentially in recent decades and is predicted to double again by 2025. This basically means that more beads and threads are breaking down into minute particles and winding up in water supplies, pipes, cups and eventually human bodies.

Microplastic contaminated drinking water has been found in taps in countries around the world, making it a global problem. A study conducted jointly by Orb Media and The Guardian discovered that overall 83 per cent of the drinking water samples collected had plastic fibre contamination.

The US had the highest contamination rate, at 94 per cent, with plastic fibres found in tap water sampled at sites including Congress buildings, the US Environmental Protection Agency’s headquarters and the Trump Tower in New York.

Lebanon and India had the next highest rates, with the study revealing that 82.4 per cent of India’s tap water was contaminated with micro-plastics. Of the 17 samples collected from New Delhi, 14 had microscopic plastic fibres in them.

European nations including the United Kingdom(UK), Germany and France had the lowest contamination rate but this was still 72 per cent. The average number of fibres found in each 500 ml sample ranged from 4.8 per cent in the US to 1.9 per cent in Europe.

India prominently figures in this research and must take urgent measures to control the problem of microplastics. The country already has several dreaded diseases threatening the population and microplastics can become another severe threat as they harbour chemicals or pathogens, which are very detrimental to health. Since these fibres are present, then it is quite possible that nanoparticles are there too, which cannot be measured. Once they are in the nanometre range they can  penetrate a cell and that means they can accumulate in body organs, causing significant harm. The Orb Media study caught particles of more than 2.5 microns in size, 2,500 times bigger than a nanometre.

India needs to quickly grasp the microplastic reality and put in place a strategy that can control the spread of the problem. Bottled drinking water and piped water supply must have new protocols for checking microplastics.

Households, institutions, schools and hospitals must be equipped with Government laboratory-certified accurate testing kits that can read microplastic content in water through simple tests. This will not only increase awareness regarding the problem but also help deal with it at the grassroot level.

The presence of plastic content in seafood is yet another concern, given the portion of population that is not only dependent on seafood for their employment but also the people who have seafood as a part of their staple diet.

Urgent studies must be undertaken to see which are the coastal areas and parts of the sea that are registering the highest levels of toxins and efforts should also be made to identify the presence of plastics in the fish being caught in those areas. These steps will help us understand the gravity of the situation and also persuade people to go for healthier dietary options.

We are living on a planet where even the food and water have been polluted by plastic and toxic elements. Unless we stop the production of plastic, it is going to come full circle and impact us in a disastrous manner.