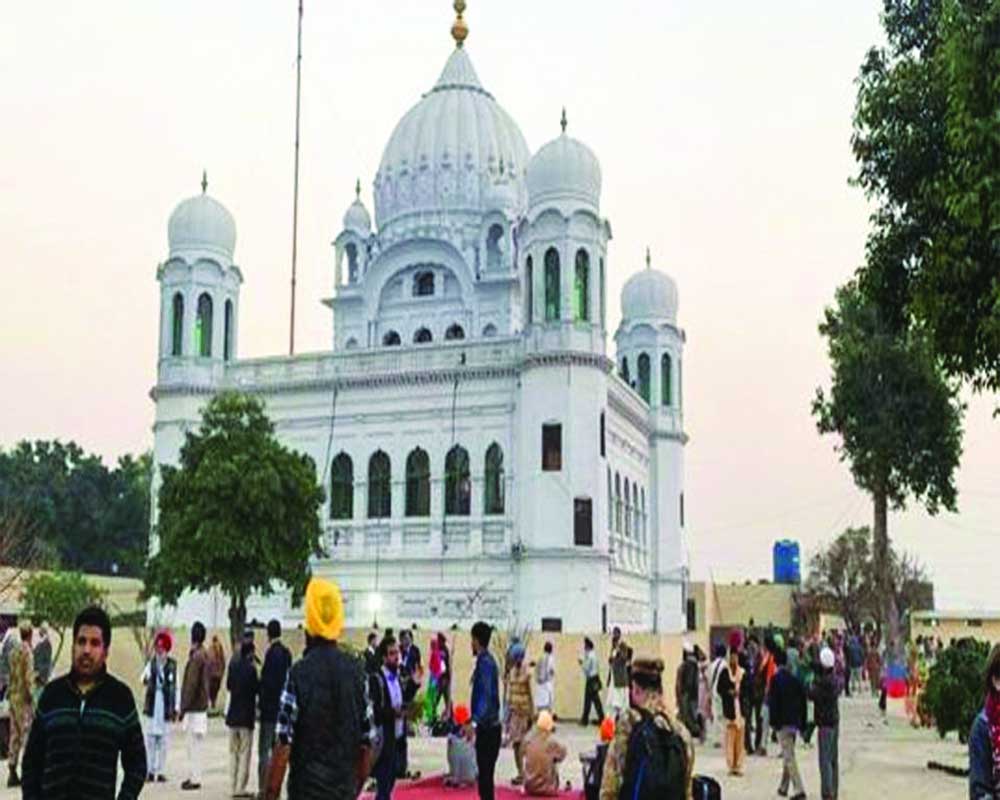 Guru Nanak is not just a Sikh guru in the sub-continent but embodies a consciousness. As scholars have chronicled his travels across Saudi Arabia, Tibet, Sri Lanka, Afghanistan, Bangladesh, Iran, Iraq, India and Pakistan, he spread what is called a “Nanakpanthi culture.” Its practitioners were syncretic groups of people in the Indus plains who followed Guru Nanak’s teachings, irrespective of them being Sikhs, Hindus and Muslims. A community of believers, they broke down barriers of faith and cultures and were undiluted even by the Partition in 1947. So the Kartarpur corridor, connecting Gurdwara Darbar Sahib in Pakistan, where Guru Nanak spent his last days, and Dera Baba Nanak Sahib in India, in that sense, is a symbolic leap of faith in humanity. And probably the antidote that could have helped reconcile the wounds of Partition and set up a communication channel in the Indo-Pakistan dynamic, given the current stress it is under. But Pakistan has been using Kartarpur’s iconic value to further its separatist agenda of indoctrinating and radicalising Sikhs in India and reviving the Khalistani movement all over again. And for all the sweet talk by its Prime Minister Imran Khan, it is just an elaborate trap by the Pakistan Army and Inter-Service Intelligence to refuel militancy in Punjab and give us another security bother. There’s a deliberateness of mixed signals, be it in wooing the Sikh community worldwide through its grandstanding of allowing pilgrim access and provoking us at the same time. Hence the use of pictures of Khalistani separatist leaders Jarnail Singh Bhindranwale, Maj Gen Shabeg Singh and Amrik Singh Khalsa in its promotional videos on Kartarpur. The video, which prominently conveys the harmony between Sikhs and Muslims, also features former Punjab Minister Navjot Singh Sidhu and Union Minister Harsimrat Kaur Badal, in a crude attempt to project Khan as welcoming of religious minorities in the sub-continent. Pakistan is hell-bent on denying a sense of comfort to the Indian side, forcing last minute changes that are intended to portray us as the spoiler of expectations.  Despite having assured visa-free passage, Pakistan now wants pilgrims to carry passports and permits which defeats the purpose of a dedicated corridor. No Overseas Citizenship of India (OCI)-card holder can make it through Kartarpur, the implication being that Pakistan wants to address only a section of Sikhs in India. While India sought 5,000 pilgrims daily, Pakistan has limited that number to 500 per day. Pilgrims cannot travel on foot, as is ritual, and instead of an annual flow, our neighbour intends to restrict seekers to just “visiting and special occasion” days.

Clearly, now that its level-playing field has been upturned in Jammu and Kashmir, and with both the West and the Islamic world supporting India’s position on its changed status, Pakistan doesn’t want to isolate the Sikhs or lose the trumpcard of Khalistan. Particularly, after its Prime Minister Imran Khan’s “cry wolf” threats of a nuclear war have dented the nation’s credibility at international fora. So the Pakistan Army, without whom Khan would not have been in the chair, has decided to up the pro-Khalistan extremist agenda and foment trouble in Punjab. In fact, this divisive agenda has been in the works over the last 15 years or so. And though the Pakistani leadership has been cool to the Manmohan Singh government’s overtures on Kartarpur, fact is it had been using it as a neo-axis of Sikh separatism since 2003. The gurdwara had been abandoned till then and served as a cattle shed. Pakistan even allowed rampant encroachment but now the land owned by the gurdwara has also been quietly acquired by its government. While announcing the Kartarpur project, Pakistan appointed several Khalistani separatists on the committee, much to India’s discomfort. Its former Army chief Gen Mirza Aslam Beg openly advised the military and the government to use the Kartarpur corridor for Khalistan terror and “create trouble for India.” Recently, the Pakistan Army even got pro-Khalistani supporters to challenge the reorganisation of Kashmir. No matter how hard India may try to make Kartarpur a matter of people-to-people concern, it will never be free of our neighbour’s insidiousness. India has to be alert that the base camp on the Pakistan side doesn’t become a hotbed for Khalistani propaganda in the name of allowing faith congregations. When Pakistan Army chief General Qamar Bajwa stood in Kartarpur, shaking hands with known Khalistani face Gopal Singh Chawla, it was clear he was starting a new front in the proxy war.