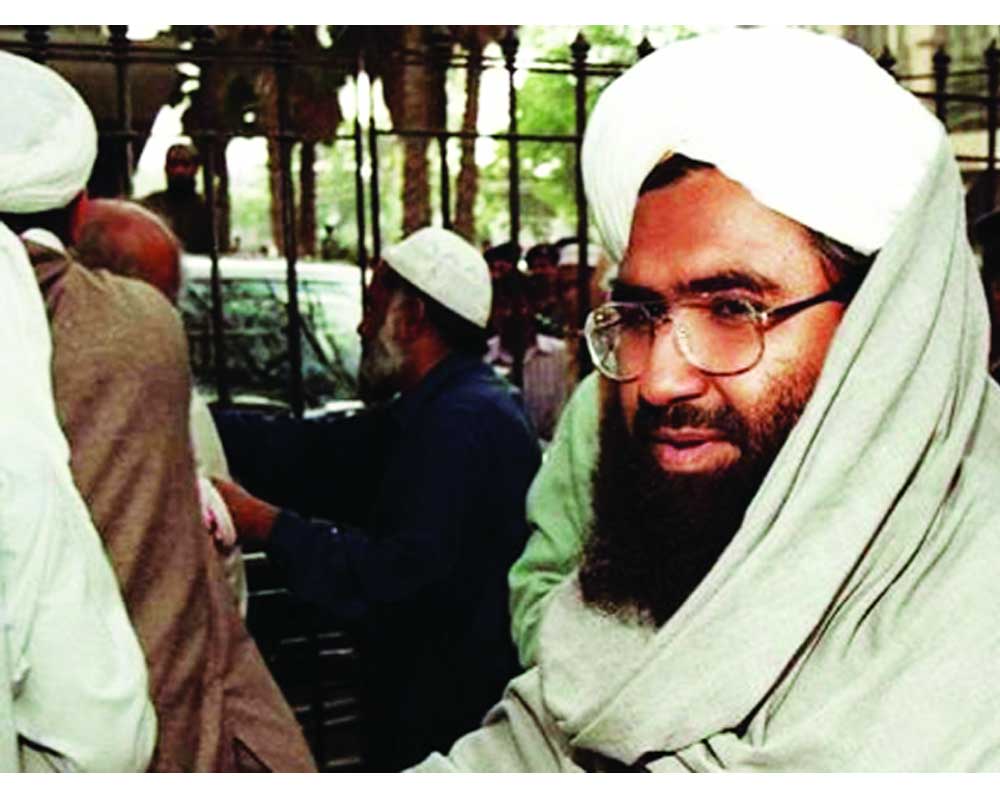 Howsoever persistently we may counter Pakistan’s adventurism and militarism, challenge the terms it sets, defang its threat threshold, one thing can never change. And that is its export of terror in hydra-headed manifestations. So a report that Pakistan has secretly released now UN-designated terrorist Masood Azhar, obviously to raise a batch of fidayeens and push them into India, doesn’t come as much of a surprise. With India’s clever reorganisation of Jammu and Kashmir and Pakistan’s isolation on the subject in world diplomacy, the latter is clearly left with no option but to engage in local level offensives, be it diplomatically, militarily or surreptitiously. Since the first two have hardly worked, the last is its only dependable recourse. Given the current alienation in the Valley, it is not difficult for it to prop up home-grown militants as spontaneous fighters for a cause. In fact, Pakistan has sensed that the terrain after the abrogation of Article 370 is most conducive for jihadi operations. It won’t abandon its terror factory simply because it knows that it is not affecting the homelands of countries that matter — namely strategic partner US and all-weather friend China. On the international stage, the big majors may talk about stopping terrorism and resuming dialogue for India’s sake, even crunch their funding somewhat, but beyond that, they do not have to deal with terror as a quotidian fact of life as we have to. And since we are the victims, the actionable solutions are on our heads. Pakistan understands that apart from censures and condemnations, India wouldn’t want further internationalist intervention. And no matter how many preventives we may take, slipping in a terror module, especially one as practised and rehearsed in Indian conditions as the ones by Azhar, is easier for Pakistan. Resiliently dealing with a hit is a tougher act on our part. Everybody knows that arrests of globally declared terrorists like Hafiz Saeed and Masood Azhar typically involve a seizure of assets and house confinement, a camouflage for subterranean operations. What doesn’t stop is the ideological propagation through a baton relay at seminaries, the funding that continues through religious charities and the re-emergence of the same breed of terror through new nomenclature. Worse, Pakistan has never convicted terror group leaders and has diluted their cases over such time as to allow a memory lapse, citing inadequate evidence. Even the US admitted that the previous arrest of Saeed had not made a difference and the Lashkar had been able to operate freely. Clearly, Pakistan will choose to keep and blow the cover when the heat builds up, particularly of the kind involving the Financial Action task Force (FATF), which tracks terror funding and is empowered to cut off international loans and aids. Besides, the US won’t shortchange a strategic ally in the region completely, given Pakistan’s facility with the Taliban in Afghanistan.  India must realise that the US, therefore, won’t look at Pakistan’s proxy wars against us beyond a point.

So what must we do? For starters, we must realise that no amount of retributive justice or punitive action from our side will stop Pakistan from pursuing its old but effective “thousand cuts” operations across India. While we have beefed up counter-insurgency operations in recent years, eliminated Pakistan-exported militant hives in the Valley and seemingly avenged a Pulwama with Balakot — at a great cost one must admit —  the point is these won’t be decelerators of Pakistani ambition, rather animus. We would have to keep a tautness of preparedness, which means sharpening our alertness and counter-terrorism protocols with technology upgrades and an emergency-level efficiency. Politically, therefore, we cannot force the hand of Kashmiris with an extended lockdown of basic amenities of life and alienate them further. There must be civil engagement and a basic semblance of normal life that must be restored. Otherwise, we are just giving Pakistan enough reason to make deeper cuts. We may have won the diplomatic round but are yet to size up the reality on the ground.