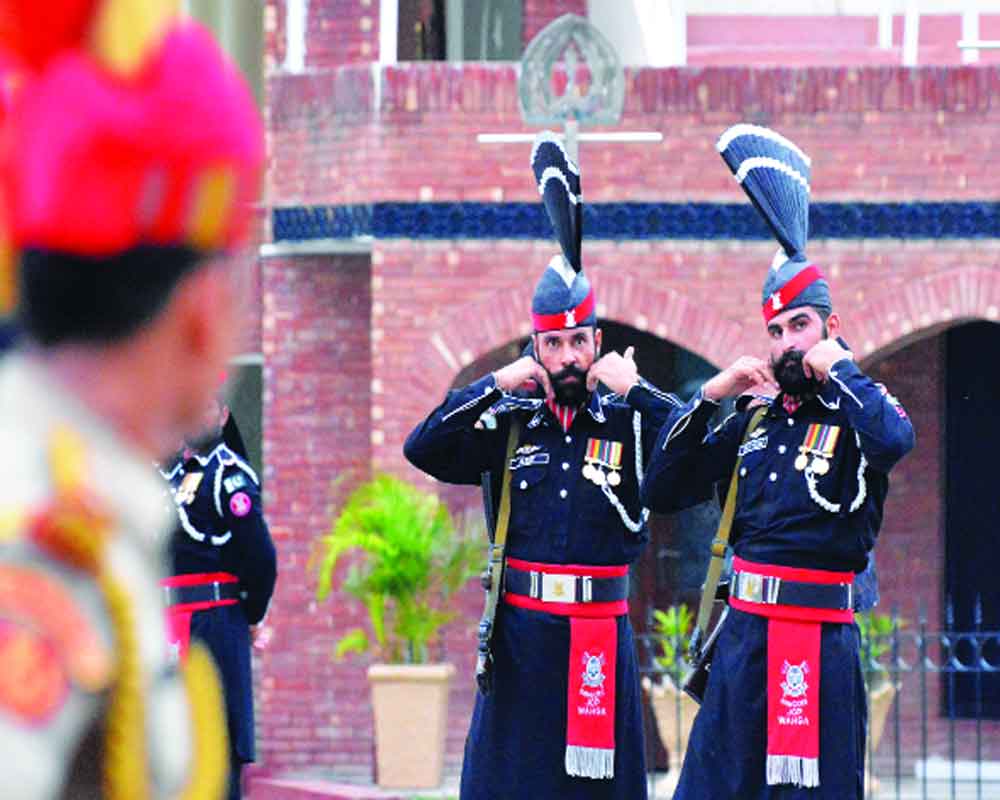 It’s almost been two months since Prime Minister Narendra Modi upset the Pakistani applecart by amending Article 370 of the Constitution and dividing the erstwhile State of Jammu & Kashmir (J&K) into two Union Territories. To suggest that the Pakistani leadership has gone ballistic, as it finds itself scrambling to come up with a coherent policy to counter Modi’s initiative, would be an understatement. Of course, within the Valley, stringent security measures that have been in place since August 5, have not just prevented any display of collective anger but have also made it extremely difficult to assess how the average Kashmiri will respond once restrictions are lifted.

There is little doubt that the biggest impediment to the integration of the State into the Indian Union has been Article 370, which came into effect on January 26, 1950, when the Constituent Assembly approved and promulgated the Constitution. In effect, the Article kept the question of J&K joining the Union of India ambivalent. This despite the fact that the Maharaja of J&K had signed the Document of Accession unconditionally and had willingly accepted the State’s integration into the Indian Union, as was his right to do. This ambivalence, along with the manner in which the Central and State Governments have acted over the years, has confused and strained the loyalties of Kashmiris towards the country.

The irony is that while Pakistan is now objecting to the abrogation of Article 370 and calling it illegal, its position on this issue was diametrically opposite in 1951. This can be inferred from the Pakistan Government’s letters No S/2119 and S/2145, addressed to the president of the United Nations Security Council (UNSC), which though not available in the public domain, implies just that. The statement of the then UNSC President to the Security Council made at that time read: “Members of the Security Council, at its 548th meeting held on May 29, 1951, have heard with satisfaction the assurances of the representative of India that any Constituent Assembly that may be established in Srinagar is not intended to prejudice the issues before the Security Council or come in its way. On the other hand, the two communications to me, as President of the Council, from the representatives of Pakistan, set forth in documents S/2119 and S/2145, contain reports which, if they are correct, indicate that steps are being taken by the Yuvaraja of J&K to convoke a Constituent Assembly, one function of which, according to Sheikh Abdullah, would be ‘a decision on the further shape and affiliation poof Kashmir’. It is the sense of the Security Council that these reports, if correct, would involve procedures which are in conflict with the commitments of the parties to determine the future accession of the State by a fair and impartial plebiscite conducted under United Nations auspices.”

If the contents of the letters do confirm what is suggested, then Pakistan must certainly be asked to justify the change in its stance. What this will prove is that Pakistan’s actions are lacking in consistency and are hypocritical, to say the least. Not that the issue of hypocrisy is in doubt given its blatant disregard for UN resolutions. One may recall that both India and Pakistan had accepted the United Nations Security Council Resolution (UNSCR) No 80 of March 14, 1950, that called for plebiscite. This was conditional as the first step in that process was the withdrawal of Pakistani forces within five months. That Pakistan refused to withdraw from the territories it had illegally occupied and continues to subjugate till date is not disputed.

Moreover, it went further in this regard by taking unilateral steps to cede territories to China, separated Gilgit and Baltistan administratively from Pakistan-Occupied Kashmir and carried out extensive and widespread demographic changes in this region, thus reducing the Kashmiri population to a minority. In these circumstances, the validity of the resolution is in question.

Not surprisingly, Pakistan is not the only one left tongue-tied and confused by recent events. Opposition parties back home, both at the national and State level, such as the Congress and its allies along with the Left, the National Conference, and the Peoples Democratic Party (PDP), too, found themselves in a similar predicament. Of course, one can sympathise with the confusion within the Kashmiri parties given the fact that their first-rung leadership remains in detention or “protective custody”, whichever way one may like to term it. Yet, their confusion appears to have been born out of a sense of apathy, tunnel vision and a refusal to undertake any change in status quo, despite being fully aware that substantive political steps needed to be taken if the cycle of violence was to be broken and insurgency stamped out. Their inaction clearly showed that not only did they accrue benefits from the “business of insurgency” but were also apathetic to the consequences of their actions on the local population, the Army, the CRPF and local police, who continued to pay in blood.

The parties also ignored the fact that the BJP had included the abrogation of Articles 370 and 35A in its election manifesto and that these issues were finding increasing prominence in the public discourse. Given the Prime Minister’s track record in such matters during his first tenure, they cannot be fully blamed for being lulled into a sense of complacency. Opposition parties have subsequently also had to deal with the overwhelming support this action received within the country, leaving aside some elements in the Kashmir Valley, who in any case will never be pleased with whatever the Central Government does.

“Mainlanders”, as Indians from outside the Valley are referred to by the locals, are mostly at a loss to understand the angst of the average Kashmiri. The air of entitlement and superiority that pervades the Valley is utterly incomprehensible, given the fact that it is the taxpayers’ money that has been utilised over the decades to feed their egos and lifestyles.

Facts will speak for themselves: With just one per cent of India’s population, the State received 10 per cent of all Central grants between 2000 and 2016. In comparison, Uttar Pradesh, that accommodates 13 per cent of the population, received just 8.5 per cent of these grants within the same period. Not that this infusion of funds has done anything for the average Kashmiri, especially when one sees that the net per capita State GDP increased from approximately `40,000 to only around `60,000 during 2012-17.

In comparison, in a hill State of similar size, Himachal Pradesh, the per capita net GDP grew from `80,000 to `1,20,000 within the same period. Therefore, the average taxpayer is certainly entitled to ask where has all the money gone? Who is to be held accountable and why wasn’t this step taken three decades ago, if not earlier? Many have expressed doubts that the abrogation of Article 370 has played into the hands of the separatists. By destroying the credibility of the leadership of the mainline political parties within the State, it will be the militants who will fill the vacuum left behind. That support would be contingent on the belief that the Central Government will usher in demographic changes that will impinge on their culture, language and the way of life.

This need not be so if the region is given a special status under Article 471, as has been done for other States like Himachal Pradesh, Uttarakhand and some in the North-East. However, what is undeniable is that every Kashmiri, whether he/she admits it or not, is fully cognisant that status quo over these past decades has only held them hostage to unending violence and a scramble to eke out a living. They also know that over the years, the only ones to have benefitted were the politicians, the separatists and those running the administration as they were all complicit in ensuring that required checks and balances could be avoided.

Well, if Prime Minister Modi can implement even half of what he has promised, there is little doubt that J&K will undergo a massive transformation for the better. Therefore, the choice before the people is crystal clear. The only thing one can no longer do is to sit astride both boats and blame the consequences on circumstance or fate.

(The writer, a military veteran, is a consultant with the Observer Research Foundation and a Senior Visiting Fellow with The Peninsula Foundation, Chennai)