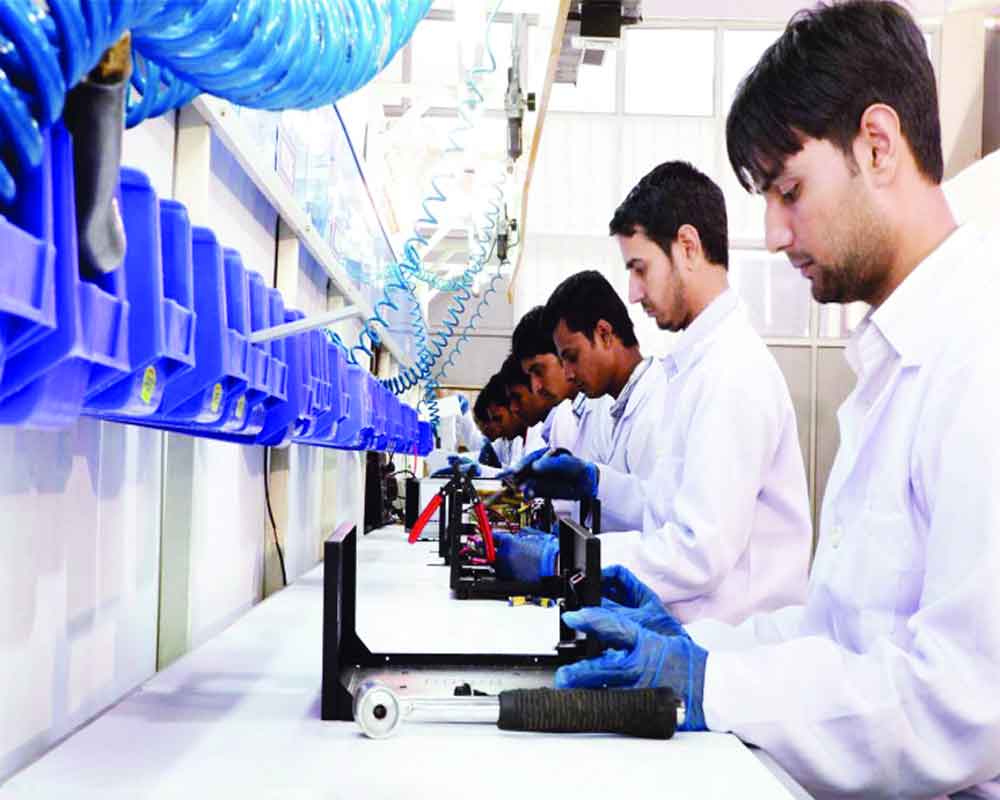 With Beijing taking a giant leap in filling the gap in research to match that of developed nations, India is still lagging behind. We need to take some lessons

If one looks at India’s development during the five last decades, one can only admire the progress made by it. However, there are some fields where the country has been left far behind by the ‘great’ powers, particularly in the domain of innovation. China’s case is worth studying. Huawei technologies, which  often for the wrong reasons, has been in the news in recent months, has been a role model in terms of innovation for the Middle Kingdom.

In February 2018, Reuters reported that the giant telecom group of companies increased “its annual spending on Research and Development (R&D) to between $15 billion and $20 billion as it races to be a global leader in 5G technology.” Can you name any Indian telecom company investing in R&D in this way and on this scale? No. The big Indian business houses simply prefer to remain in the “service” field, without taking the risk of investing in any long-term vision. As a result, during the next 10 or 20 years, China and Western companies will remain the leaders while India will have to buy their technologies, with all the risks involved.

According to Reuters, Huawei, China’s largest telecommunications equipment and smartphone maker, spent $13.23 billion on R&D in 2017, a whopping 14.9 per cent of its total revenue. The world’s top R&D spenders, Amazon and Alphabet, the two biggest spenders on R&D in the US respectively, spent $22.6 billion and $16.6 billion in 2017. About 80,000 of Huawei’s employees or 45 per cent of its total workforce are engaged in R&D. Should India not start emulating world leaders such as Huawei or even Google, Apple or Amazon instead of just being proud of the Indian origin of Google’s CEO? In the defence domain, China is innovating too. Earlier this month, the China Shipbuilding Industry Corporation (CSIC) announced that the first armed amphibious drone boat was successfully delivered to the People’s Liberation Army Navy (PLAN)

The Global Times pointed out: “China has built the world’s first armed amphibious drone boat, which military analysts said could be used in land assault operations and is capable of forming a combat triad with aerial drones and other drone ships.”

Named ‘Marine Lizard’, the drone left the factory in Wuhan in Hubei Province: “The 12-metre-long Marine Lizard is a trimaran propelled by a diesel-powered hydrojet and can reach a maximum speed of 50 knots while maintaining stealth. When approaching land, the amphibious drone ship can release four continuous track units hidden under its belly and travel at 20 km/hour on land,” wrote a local newspaper. Another gadget, said to be capable of delivering precision bombs, is the weirdly shaped helicopter drone Blowfish A2. The Chinese Press said that it already “sparked interest from many countries’ militaries.”

In a statement from the Guangdong-based Zhuhai Ziyan UAV company, the manufacturer explained: “The 1.87-m long, 0.62-m tall helicopter drone has a maximum take-off weight of 38 kilograms and is capable of carrying a 12-kilogram payload. In its strange belly-less fuselage, the Blowfish A2 can carry radar, jamming devices, guns or bombs under its spine.” The speed of the helicopter drone is 130 km/hour.

The examples can be multiplied. The most prestigious is undoubtedly the J-20 (or Mighty Dragon), a single-seat, twin jet, all-weather, stealth fifth-generation fighter aircraft developed by China’s Chengdu Aerospace Corporation. The first aircraft was delivered to the PLA Air Force (PLAAF) in March 2017 and inducted in February 2018. The J-20 is the world’s third operational fifth-generation stealth fighter aircraft after the US F-22 and F-35.

In March 2016, on the occasion of the third plenary session of the National People’s Congress, President Xi Jinping asked the PLA delegates to “pour efforts into developing cutting edge defence technology, which has strategic significance.” Xi, who chairs the powerful Central Military Commission, affirmed: “The capability to innovate will determine the future of the Chinese armed forces.”

In recent years, China has been pouring funds into developing high-tech weapons; some of this armament is also being exported. Another article reported that the Chinese scientists continue to research stealth and camouflage materials that can hide from a broad spectrum of electromagnetic waves, “after they successfully fabricated a material that can hide a hot object from heat-sensing infrared cameras.”

The research, published in American Chemical Society Journal, affirmed that the new material, a kind of aerogel film, has good thermal insulation properties: “It is enhanced by coating its fibres with polyethylene glycol (PEG) and a protective waterproof layer.”

One can also give the example of a new turbofan engine to power China’s carrier-based stealth fighters, though the exact outcome should perhaps be taken with a pinch of salt. According to The Global Times, a team of young researchers and aero engine designers received an award “for successfully designing and prototype testing of a new top-class turbofan engine that will help Chinese fighter jets take on their advanced foreign counterparts.”

Wei Dongxu, a Beijing-based military analyst, told The Global Times: “With the new engine, China’s future advanced fighter jets will finally solve the ‘heart problem’ …This is great, great news.” All this does not imply that the outcome of the Chinese research will soon be reaching the level of the US or European technology but it simply means that the gap between China and the most advanced nations is being filled up …while India is left behind.

At the same time, all is not rosy in China. The Hong Kong-based South China Morning Post recently observed: “The slowing Chinese economy may be claiming some unexpected victims …Despite healthy capitalisation, investors are finding that some companies’ underlying technologies may not be as innovative as hoped…”. In other words, the most innovative will be the fittest to survive. Even if tomorrow China produces less new Baidu, Alibaba or Tencent, there is no doubt that the future belongs to those who innovate.

In Nehru’s socialistic world, research was a state monopoly, it can’t remain so forever. The private sector, with its dynamism, has no choice but to invest large parts of its profits in the future. The next Indian Government has lessons to learn from China if it wants India to become a great power.