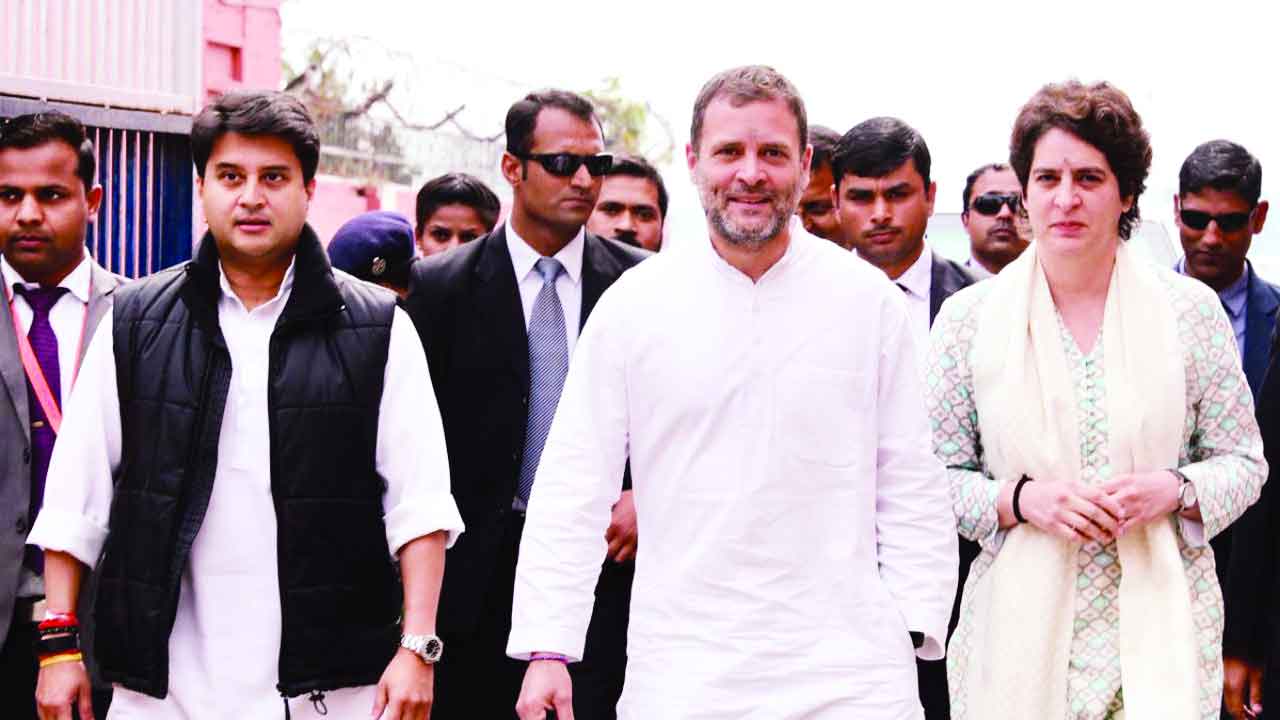 On February 7, Rahul Gandhi met the State in-charges and General Secretaries of the party. Two days later, he called a meeting of State Presidents, leaders of MLAs in States, and Chief Ministers. In the two meetings, Rahul discussed the preparations and strategies for the upcoming Lok Sabha Elections. Among other things, the formula for ticket distribution was also decided in the meetings.

It is being said that during the course of discussions, it was decided that the Rajya Sabha MPs would not be given tickets for the Lok Sabha polls. MLAs, too, would not get a chance to fight the Lok Sabha Elections, say sources. The leaders who had fought the Assembly Elections would also be kept out of the race, as will the kin of leaders. Interestingly, there is a catch in this: The final decision rests with Rahul. This effectively means that if Rahul deems right, he may tweak this formula in select cases.

Now the question is how much of this formula will be implemented? Leaders present in the meetings, who did not oppose the formula at the time, are now calling it impractical. Will this strategy send all known faces into oblivion? Will the Congress be able to counter the challenges posed by Narendra Modi and Amit Shah with novices? Sources in the party say many Rajya Sabha MPs are trying to get LS tickets either for their wives or children. The kin of many CMs, former CMs, and State Presidents are gearing up for the upcoming polls. Relatives of many big leaders, such as Kamal Nath, Siddaramaiah, Ashok Gehlot, and Sheila Dikshit, might stake a claim for tickets. Barring some, this is almost certain that almost all relatives of big leaders would get tickets, as will some MLAs.

What will be next plan of action of the in-charge of western UP, Jyotiraditya Scindia? People are saying that his wife, Priyadarshini Raje, is gearing up to fight the Lok Sabha Elections from Gwalior. Scindia is an MP from Guna, but Gwalior has been his family’s  stronghold for the longest time now. His wife has started appearing in public functions and people are desperate to know whether both the husband and wife will contest the elections. However, that would seem highly unlikely since Jyotiraditya will be busy working alongside Priyanka Gandhi Vadra in UP.

Meanwhile, there is buzz right from Madhya Pradesh to Delhi that Jyotiraditya has his eyes set on the CM’s chair and that is why he doesn’t want to fight the LS polls. It is being said that soon after the elections, his role in State politics will gain prominence. Quite possibly, he will fight the Assembly Elections after ensuring the resignation of a loyal MLA. However, some are of the opinion that he might be sent to the Rajya Sabha or be given the party command in the State. Perhaps, Kamal Nath is apprehensive of a possible upheaval, which is why he has conveyed to the party high command his decision to not leave the Chhindwara seat. Kamal Nath might rope in his son, Nakul Nath, to fight from here. Kamal’s wife, Alka Nath, has also been an MP from this seat.

The Congress State President of Rajasthan and Deputy CM, Sachin Pilot, has announced that nobody from his family will fight the Lok Sabha Elections. The current MLA from Tonk was defeated in the 2014 Lok Sabha Elections from Ajmer. Later, when byelections were held in Ajmer, he didn’t contest. This seat is vacant. Raghu Sharma, who had won the byelections, has become an MLA and is now a Minister in the Gehlot Cabinet.

However, Pilot has clarified that nobody from his family will fight from this seat. He is said to be eyeing the CM post, which explains his strategy. His mother, Rama Pilot, has been an MP from Dausa. This time also, people were saying that she might contest from Ajmer. Pilot’s wife, Sara, is also from a political family; she is Farooq Abdullah’s daughter and Omar’s sister. It won’t come as a surprise if she too jumps on the political bandwagon. If only Sachin hadn’t tried to stand out among other party leaders and announced that no one from his family would contest. It’s likely that he will start pressure politics soon after the elections.

RPN Singh is in-charge for Jharkhand and has to fight the Lok Sabha Elections. State President of Jharkhand, Ajay Kumar, and chairman of the campaign committee, Subodh Kant Sahay, are also set to contest. Who will guide the party there? Umang Singhar — co-incharge of the party in Madhya Pradesh and a Minister in the Kamal Nath Cabinet — might be told to look after election preparations in Jharkhand. In the same manner, Rajiv Satav, an MP from Hingoli in Maharashtra, has been given the responsibility of Gujarat. He also has to take care of his own seat along with Gujarat.

The biggest issue is of KC Venugopal, the MP from Alappuzha seat in Kerala. Earlier, he was in-charge for Karnataka and is now the General Secretary of the organisation. He will fight the Lok Sabha Elections along with the double responsibilities. In-charge of Assam, Harish Rawat, and in-charge of Maharashtra, Mallikarjun Kharge, also have to contest. In contrast, the BJP has appointed such leaders as State in-charges who don’t have to fight the Lok Sabha Elections.