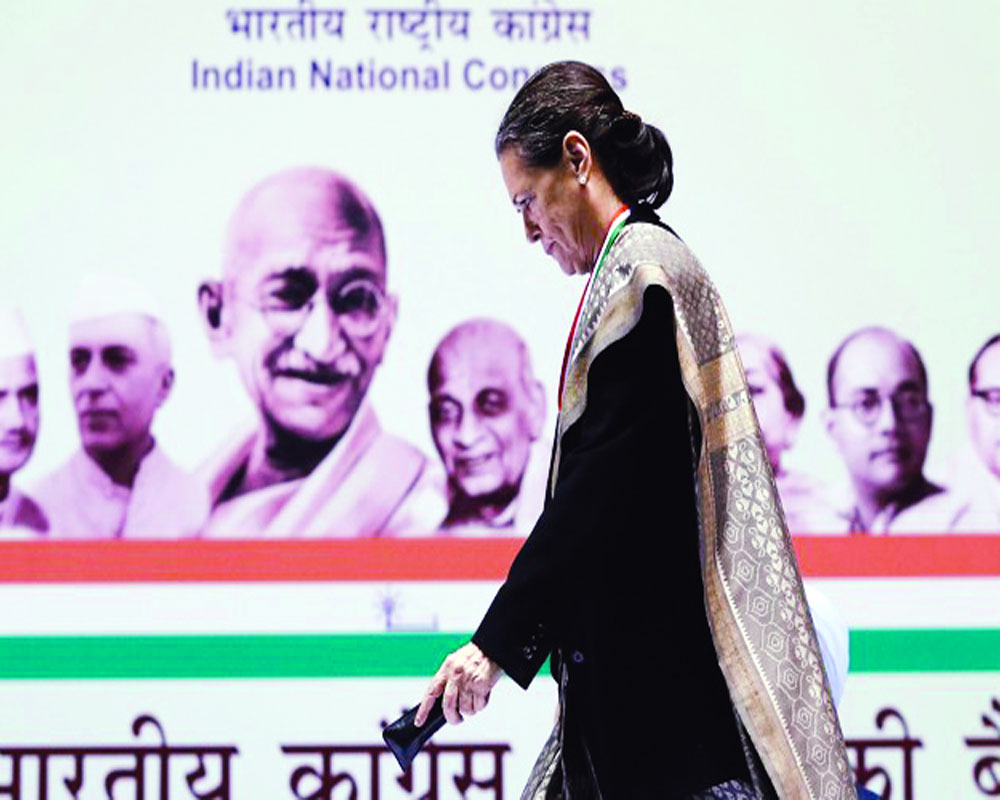 While the Congress leader’s assertion that the Nehru-Gandhis are the ‘first family’ goes against our democratic ethos, their transgressions are now precedents followed by others

Although the Congress was in the vanguard of the freedom movement, many of its members are still not comfortable with the core values in our Constitution and the democratic way of life. A case in point is the recent statement of a dyed-in-the-wool Congressman PC Chacko that the Nehru-Gandhi family is “the first family in the country.”

In the mid-1970s, the then Congress president, Dev Kant Barooah, had proclaimed that “Indira is India and India is Indira.” What followed was terrible consequences for the country’s citizens. Taken in by such sycophancy, Prime Minister Indira Gandhi displayed fascist tendencies and turned our democracy into a dictatorship. While the assertion of the Congress leader, Mr Chacko, that the Nehru-Gandhi family is the “first family of the country” goes against the very grain of our democracy and Constitutional dharma, we must admit that the family has many firsts to its credit.

Here are some of them:

In 1946, when the All-India Congress Committee (AICC) asked its State units to propose the name of the person who, in their view, should become party president and the first Prime Minister of India, not one Pradesh Congress Committee (PCC) voted for Jawaharlal Nehru. A dozen of them wanted Sardar Vallabhbhai Patel to become the party president and Prime Minister. Three other State units proposed no candidate. Yet, though he did not secure a single vote, Jawaharlal Nehru, backed by Mahatma Gandhi, became the first Prime Minister of India. The Congress and historians close to this family have written tomes, describing Nehru as a “great democrat” but have hidden this dreadful truth from the Indian public. Nehru, therefore, has the unique distinction of getting the top job without a single vote in his favour!

Nehru was also the only Prime Minister under whom India suffered a humiliating defeat in a war with China, thanks to his woolly-headed approach to international relations and gross misreading of China’s real intentions. He was also the Prime Minister who preferred to beseech the United Nations on January 1, 1948, and internationalise the Kashmir issue, rather than allow the Indian Army to throw out the infiltrators.

Yet another first for Nehru was the manner in which he initiated dynastic politics in the country. He manipulated the party bosses and ensured the appointment of his daughter Indira Gandhi as the Congress president in 1959.

Indira Gandhi, too, has many firsts to her credit. She was the only Prime Minister to supersede four judges of the Supreme Court (three of them in April 1973, and one in January 1977) and propound the theory of a “committed judiciary”— that is, committed to the Congress. She was the only Indian leader to crush democracy and replace it with dictatorship during the dreaded Emergency, which she imposed in 1975. She was the first national leader to abolish the need for quorum in Parliament so that a few Congress MPs could make laws for the entire country. She was also the first and only Prime Minister to empower the President to amend the Constitution through an executive order. She was also the first leader of the Congress to give party tickets to two people, who had hijacked an aircraft in 1978. Soon after she returned to power, she ensured the withdrawal of cases against the hijackers, gave them party tickets in the Uttar Pradesh Assembly elections in 1981 and ensured their victories.

Thus, she made sure that the hijackers became honourable members of the Uttar Pradesh legislature. Thereafter, her successors in the family — Rajiv Gandhi and Sonia Gandhi — have repeatedly honoured one of the hijackers with a party ticket to contest the Lok Sabha elections from Uttar Pradesh. Such is the respect that the Nehru-Gandhis accord to this individual that they have given him the party ticket five times and made desperate attempts to ensure the presence of this man in the House of the People.

Rajiv Gandhi is another member of the family to achieve many firsts. He was the only Prime Minister to be directly accused of taking kickbacks in an international arms deal. He was also the second Prime Minister after Indira Gandhi to bring a law to crush press freedom. A united media forced him to eventually back off.

Yet another first, which is now etched in stone, is that this is the only political family in the country to name all major Government schemes, national projects and institutions and most of the sports trophies after its own members to the complete exclusion of everybody else.

Sonia Gandhi is probably the only foreigner to get herself included illegally in the voters’ list in our country. This happened in 1980, when she was still a citizen of Italy. Someone lodged a complaint with the Chief Election Officer, Delhi, and he removed her name from the voters’ list because she was not a citizen of India.

Sonia Gandhi and Rahul Gandhi are two members of the Nehru-Gandhi family who are members of the Lok Sabha and who consider it infra dig to ask questions in the House. Obviously, they take the Chacko principle seriously. A look at the parliamentary record of the two Gandhis shows that they have never asked a single question in their parliamentary careers. According to a study conducted by PRS India, on an average, MPs asked 300 questions in the 15th Lok Sabha and 293 questions in the 16th Lok Sabha. Compare their record with the highest number of questions asked by an MP in the 16th Lok Sabha — 1,181 — and you get an idea of what an active MP can do during question time. This is the record of the “First family.” Mr Chacko, please stop using expressions that militate against our democratic ethos. India is the biggest democracy in the world, not a monarchy.