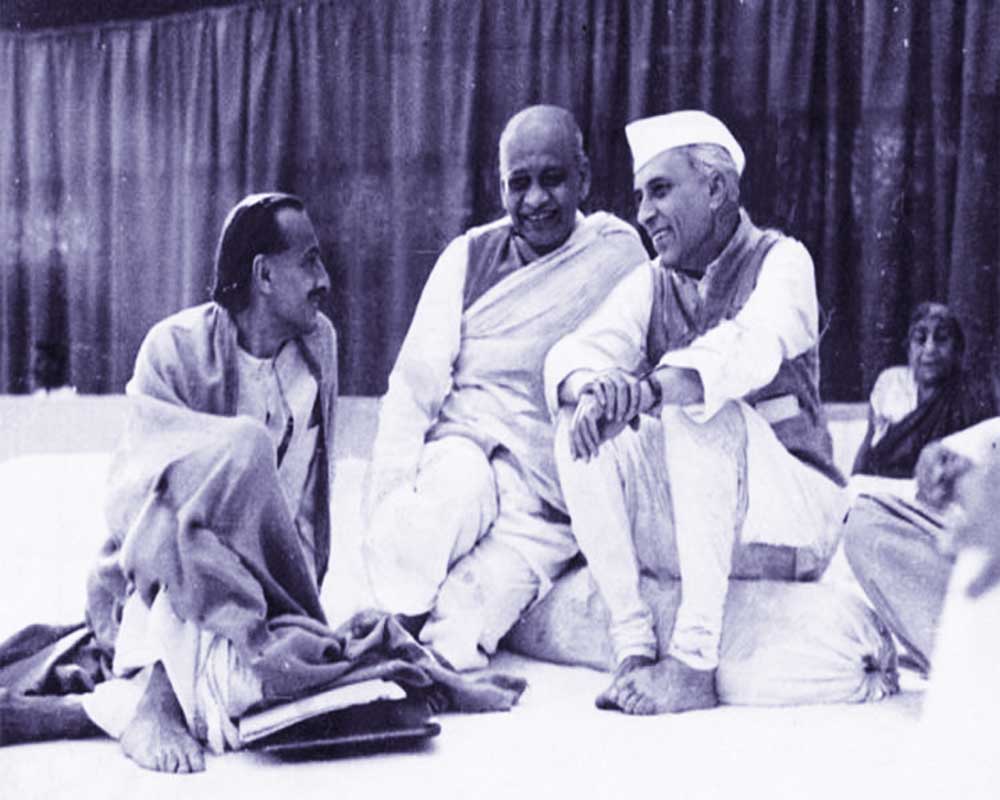 Priyanka Gandhi is not the first from her party to shower encomiums on Sardar Patel and question the legitimacy of the BJP to celebrate his life. Many others have done this over the last five years but it appears to be a case of too little, too late because nobody is buying this line. The reasons why the Congress’ present-day claims vis-a-vis the Sardar sound hollow are many but there is one prime explanation – the insecurity and pettiness of the Nehru-Gandhis since the days of Nehru. But before we address this issue, let’s take a brief look at the extraordinary achievements of the unifier of India.

Sardar Patel is hailed as the Bismarck of India because he took upon himself the unenviable task of integrating over 560 princely States, who had the option during India’s Independence day to remain independent or join Pakistan or India. Even if a few of these princes had exercised the first two options, the unification of India would have been in doubt.

For example, the Nizam of Hyderabad and the Nawab of Junagadh decided to accede to Pakistan and the ruler of Bhopal wanted to proclaim independence. Patel coaxed, cajoled and when necessary, pressurised these princes to fall in line. But for his cool determination and single-minded commitment to the unification of the country, the idea of India would never have taken off. The India, which woke up to freedom in August 1947, would have been in tatters. Therefore, we owe our geographical and political unity to Patel. He achieved this stupendous task despite failing health and he died on December 15, 1950.

Let us take the Kashmir issue. While Nehru was dilly-dallying and wondering what to do, Sardar Patel got the Maharaja of the former State to sign the Instrument of Accession and took a firm stand to fly out the first contingent of troops to Srinagar on October 27, 1947, a day after it was signed.

Such was the situation that the then Government was not sure whether this aircraft could land at the Srinagar airport because hordes of Pakistani infiltrators had moved into the former State.  Luckily, the first batch of soldiers was able to land and secure the airport for the arrival of several more contingents. The Indian Army then fanned out and re-captured many of the towns  seized by the Pakistanis.

Meanwhile, even as the Army kept driving out the intruders, Nehru took the fateful decision to move the United Nations, thus internationalising the issue.

In fact, there is much more to the personality of Sardar Patel than just being a “man of steel.” He was a disciplined soldier of the Congress, probably much more disciplined than Nehru because of the extraordinary sacrifice he made in 1946. That year, the Congress had to elect its new chief, who would also become independent India’s first Prime Minister. The All India Congress Committee called for nominations from the 15 Pradesh Congress Committees. Twelve of them voted for Sardar Patel, while other committees voted for none. Thus, Nehru did not get the support of a single Pradesh Congress Committee. Despite this, he made it known to Mahatma Gandhi that he would not play second fiddle to anyone. Gandhi, for reasons best known to him, wanted Nehru as Prime Minister and asked Sardar Patel to step down. Patel obliged. This was indeed a huge sacrifice for the sake of the unity of the Congress.

Since the Congress functioned like a private limited company, owned and controlled by the Nehru-Gandhis, it did everything since 1947 to belittle the contributions of party leaders not belonging to this family and exaggerating the achievements of those who belonged to it. Although Nehru is hailed as a great democrat, this process began in his lifetime itself. Among those who fell victim to this family’s attempt to obliterate the great achievements of others were Sardar Patel, BR Ambedkar, Subhash Chandra Bose, Lal Bahadur Shastri and many others, including PV Narasimha Rao, one of the greatest Prime Ministers India has produced.

Sardar Patel gave us a unified India yet Nehru did not confer the Bharat Ratna on him after it was instituted in 1954. Instead,  Nehru gave it to himself in 1955. Again, former Prime Minister Indira Gandhi gave herself the Bharat Ratna in 1971 and it was conferred posthumously on Rajiv Gandhi in 1991 but none of them considered either Sardar Patel or Ambedkar, who were worthy of the nation’s highest honour.

Finally, it was left to non-Congress Governments to accord this honour to these two great Indians.

Similarly, the family was most unnerved by the phenomenal popularity and achievements of two Prime Ministers — Lal Bahadur Shastri, who led the country to victory in the India-Pakistan war of 1965 and  PV Narasimha Rao, who between 1991 and 1996, ended militancy in Punjab and bailed out India, which was sinking into an unknown economic abyss after having mortgaged gold to the Bank of England for just $200 million.  When he demitted office, India’s foreign exchange reserves stood at over $50 billion. He was also the chief of the Congress for five years. Yet, when he died in 2004, “The Family” ordered that Rao’s body would not enter the premises of  the party’s headquarters on Akbar Road.

Fortunately, Prime Minister Narendra Modi’s decision to build the world’s tallest statue for Sardar Patel in Kevadia in Gujarat and his efforts to enlighten the people have turned the focus on Patel’s huge contribution.

The people are also now acquainted with the pettiness and cunning displayed by a single political family over seven decades to mask the achievements of the “iron man of India.” Try as they might, they can never retrieve him because he now dwells in the hearts of a billion grateful people.

(The writer is an author  specialising in democracy studies. Views expressed are personal.)