Refugee issue is for real

Refugee issue is for real 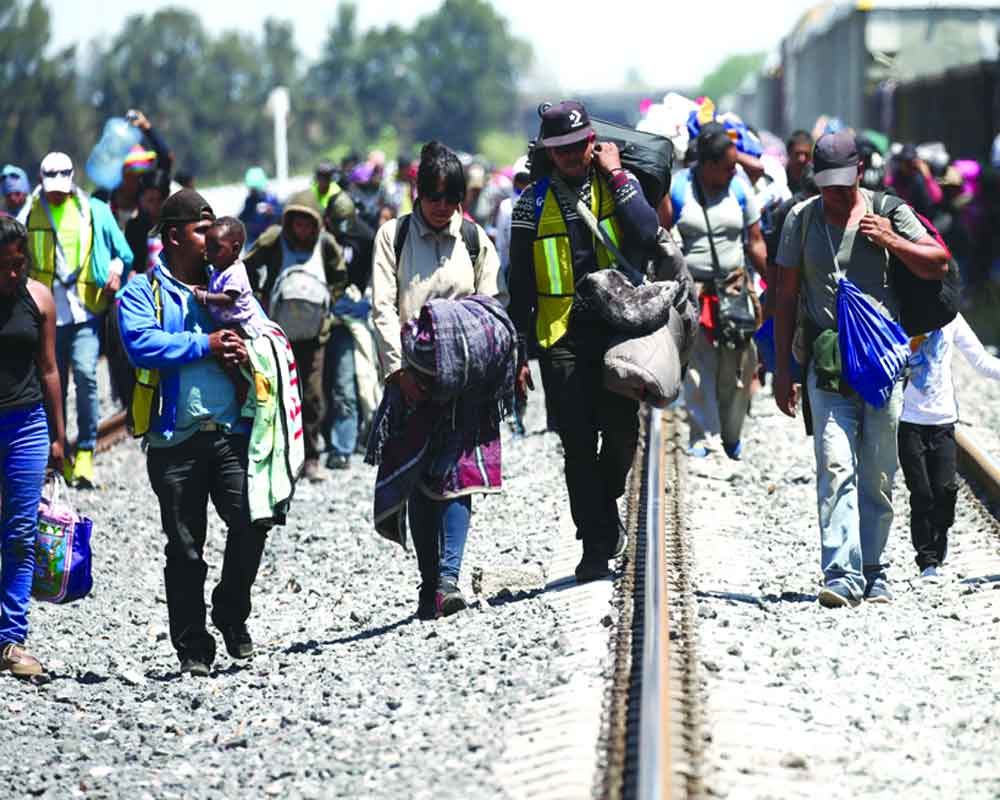 The problem is not to do with war but poverty, dictatorial regimes and climate change. We may feel sorry for them but there is no legal duty to let them in

Every once in a while, a photograph of a migrant’s tragic death (usually that of a child) catches the public’s imagination. The image of three-year-old Alan Kurdi, fleeing from the Syrian civil war, dead face down in the surf on a Turkish beach in 2015, triggered a wave of sympathy that ended with Germany opening its borders to 900,000 refugees that year — and Hungary building a border fence to keep them out.

Here we go again. A picture of 23-month-old Valeria Martinez, tucked into her father Oscar’s T-shirt, both dead face down on the banks of the Rio Grande, has unleashed a similar wave of sympathy in the United States (US), although it certainly hasn’t reached the White House. And once again, most of the migrants are claiming to be refugees.

In fact, few of the migrants fit the legal definition of refugees in either case. The Arabs and Afghans trying to get into Europe had fled genuine wars, but they were already in Turkey, which is quite safe. They just wanted to move on to somewhere with better job opportunities and a higher standard of living. That’s understandable, but it doesn’t give you the right of asylum as a refugee.

The same applies to the migrants crossing the Mediterranean from Africa to Europe, even though thousands of them are drowning in the attempt. They are fleeing poverty, or dictatorial regimes, or even climate change, but they are not fleeing war.

Neither do they have a “well-founded fear” of persecution on account of race, religion, nationality, political opinion or membership in a particular social group.  That is the language of the United Nations Convention Relating to the Status of Refugees of 1951, so they

don’t qualify as refugees. You may feel sorry for them, but there is no legal duty to let them in.

The Refugee Convention was incorporated into the US law in the Refugee Act of 1980, so few of the people now seeking entry at the Mexican border qualify either. This matters because while 20 years ago, 98 per cent of the people crossing the border were Mexican young men seeking work, more than half are now entire families from El Salvador, Guatemala and Honduras — and most of them claim to be refugees.

They are not, and that (not US President Donald Trump) is why American courts are rejecting at least three-quarters of the applications for refugee status. To manage asylum flows, the US has in recent years implemented a system that puts daily limits on the number of asylum seekers processed at ports of entry, leading to weeks-long waiting lists in dangerous border towns.

In the past, the annual limits on refugees set by the US President tended to range from between 70,000 and 90,000 admissions. However, the Trump Administration has drastically reduced this, setting an annual limit for 2019 of 30,000 refugee

The controls have contributed to growing numbers of migrants crossing the border illegally to hand themselves in to the authorities and ask for asylum. Migrant rights activists say such limits on people’s access to asylum can put them in harm’s way, while driving migration underground and squeezing it into new routes.

You may wish that the law took a more generous and humanitarian view, but it does not. And if you think things are bad now, they will be ten times worse in 20 years’ time.

Global heating is starting to bite. We’re still on the learner slopes, but the droughts and floods, and the crop failures they cause, are multiplying, especially in the tropics and the sub-tropics where temperatures are already high.

In the worst-hit areas (which include the ‘northern triangle’ of Central America) family farms are failing, some people are going hungry and the number of people on the move is starting to soar. This is precisely what unpublished, in-house Government studies were predicting 20 years ago in countries like the US and the United Kingdom. Now it’s here.

As the number of migrants goes up, the willingness of host populations to receive them will inevitably go down. Around five per cent of the new population in a decade will feel disruptive to some people, especially if there are big cultural differences between the old population and the immigrants, but most people will accept and adapt to it.

About 10 per cent  in a decade is definitely pushing it, even though it’s only one per cent a year. And 20 per cent of the new population in a decade would generate a huge political backlash in almost any country on Earth.

That’s human nature. You may deplore it, but it’s not going to change. And behind uncomfortable considerations of what the politics will permit, lies the even starker reality that they can’t all

come. Twenty years from now, there will be far more people, who desperately want to

move than the destination countries could possibly accommodate.

So, the borders will start slamming shut in the countries, mostly in the temperate zone of the planet, where the climate is still tolerable and there is still enough food to eat. And don’t believe the myth that you cannot really shut a border.

You can do so quite easily if you are willing to kill the people who try to cross it illegally and Governments of the destination countries will probably end up doing just that. Their military and their civil servants, if not their politicians, were already having grim internal debates about it 15 years ago.

Sorry to spoil your day.

(The writer’s new book is Growing Pains, the Future of Democracy and Work)