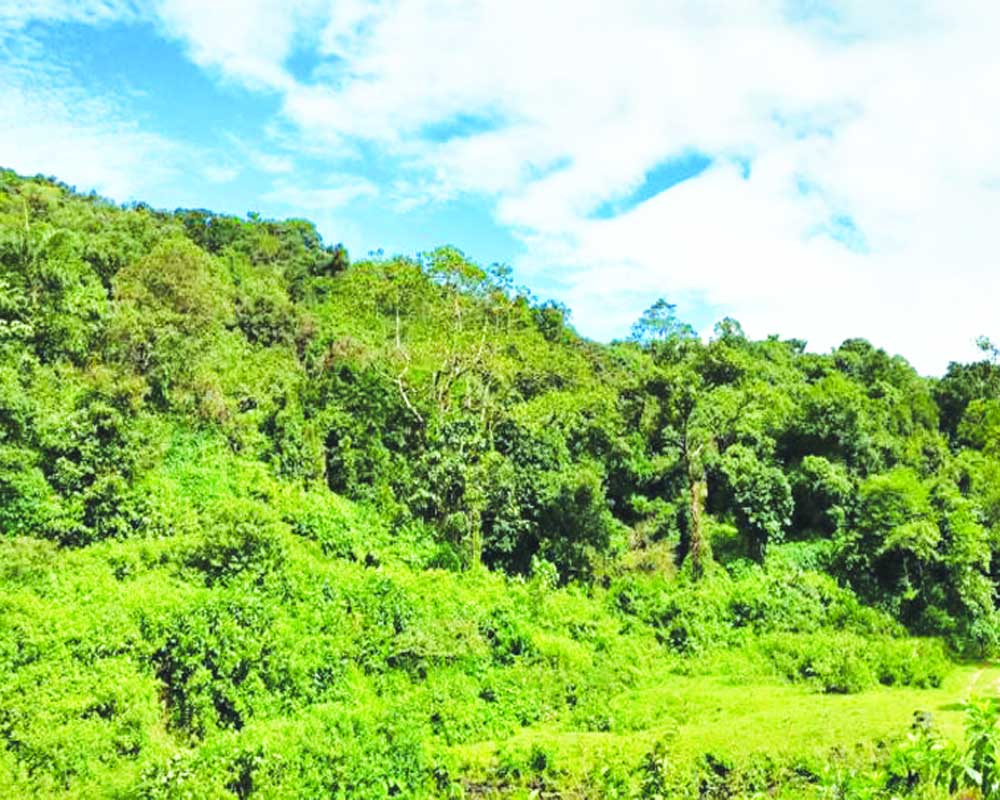 India has a crucial decision to make. Should it conserve its biodiversity and germplasm for future generations or surrender its heritage to corporations and foreign treaties?

Come November, India is about to enter key negotiations on the International Treaty on Plant Genetic Resources for Food and Agriculture (ITPGRFA) at its eighth general body meeting in Rome. But what is at stake? All of India’s future as these talks may impact the country’s biodiversity and germplasm relating to food and agriculture. In the delegates’ own words, “The ITPGRFA, adopted in 2001, is a global response to promote the conservation of plant genetic resources and to protect farmers’ rights to access and have fair and equitable sharing of benefits arising out of their use.” But let us examine the agenda behind this treaty.

As per ITPFRA/Food and Agriculture Organisation (FAO) data, India is the top destination for plant genetic resources for food and agriculture (PGFRA), numbering 725,117. Briefly put, these negotiations are about how other countries can access all these PGFRAs at the minimum price possible. It is also to be kept in mind that India is a signatory to the Convention of Biological Diversity (CBD) and Nagoya Protocol, which cover all of its biodiversity already. These two treaties protect bio-piracy and have worked favourably for a biodiversity/germplasm rich country as ours.

The first issue in the discussion comes from Switzerland, which has been advocating a “Multilateral System (MLS) to cover all other plant genetic resources for food and agriculture in accordance with Article 3 of the international treaty.” One should consider that Switzerland has only 39,953 accessions stored with it. Given that India has one of the highest stored ascensions in the world — 395,001 — we would legally be bound to contribute all of them to the treaty. In this sense, we will become one of the biggest donors, too. But is this economically sound and in the interest of the nation? After the emergence of climate crisis, Brexit and Trumpism, it may not be the best option.

Regarding the Swiss proposal to cover all other PGRs for food and agriculture, India should think of its national interest first and only those crop species should be included and PGR accessions designated, which are already available in the public domain (ie accessible to everyone). Article 1 of the treaty should also explicitly declare the crop species, which we do not want to make available under the MLS. In fact, all crops, for which we have geographical indication (GI) for now or for the future, should be excluded from the treaty. China is currently not part of this treaty and is negotiating on its terms to make inroads. India should do the same. Our only bargaining chip is our vast plant genetic resource (PGR), let’s not allow it to be taken without any benefit to our country. The US recently joined on the insistence of the private sector and in a matter of years, it is the chairperson. So the treaty is heavily influenced by big global agricultural corporations and geopolitics.

India has held a conservative position until now and given only 26,530 accessions to the MLS. But we are not the only ones. A cold and wet island off the north-west coast of Europe, the United Kingdom, has a total of 834,451 accessions, out of which it has put only 44,069 accessions in the MLS. Before considering the inclusion of all PGRs in Annexure 1, the Government of India and the Indian Council of Agricultural Research (ICAR)-National Bureau of Plant Genetic Resources (NBPGR) must analyse how many PGRs have been accessed by Indian firms through MLS and how much we have contributed to other nations. A policy paper needs to be published on this so that citizens are aware of the benefits.

NBPGR must also work out the economic, agricultural and social benefits of Indian seed companies under MLS. It must also make sure there is no vagueness or secrecy regarding these negotiations. We need a clear plan of how if we contribute our PGRs, the MLS will reciprocate in nation-building.

The MNCs and foreign companies, which will access the PGRs from the Indian collection, should maintain strict compliance with national legislations, especially related to the Protection of Plant Varieties and Farmers’ Rights Authority, Convention on Biological Diversity (CBD), Seed Act, seed rules and other prevailing legislations. Otherwise we will see a situation where Indian farmers are growing cotton and the mills of Manchester are making the cloth. Ultimately, Indians will buy their own cotton at 400 per cent times the actual price. This model will be emulated for seeds, too. In this case, especially as some nations allow for patents on seeds, our germplasm can be patented as part of a foreign product. Then the same seed must be sold to Indian farmers. We must think carefully and ensure Indian legislations go with all our germplasm, too.

There is also an attempt to introduce international union for the Protection of New Varieties of Plants (UPOV) convention through this treaty. India should advocate farmers’ rights in ITPGFRA in accordance with provisions of their rights available under the Protection of Plant Varieties and Farmers’ Rights Act, 2001. Any dilution of farmers’ and breeders rights must not be negotiated/accepted, especially when we are not signatories of the UPOV.

India must seek an expansion of the MLS in such a way that PGR-rich countries get appropriate benefits and advantage for conserving and preserving germplasm. This can be done through capacity-building, development and expansion of Research and development (R&D) activities in India and in other PGR-rich nations. We can propose that every State should have ex-situ and in-situ PGR conservation project funded by this treaty.

Speaking of funds, the other critical issue is of the corpus  (FAO trust fund) created for sharing benefits. India must first strongly urge to be on the board committee of this fund and also ensure that there is adequate representation from PGR donor countries. This can be done according to the availability/contribution of PGR resources. The project allotted for conservation and R&D should be commensurate with the PGR donations. The Government of India and NBPGR must also analyse that during the last seven to eight years how many projects for PGR activities have been funded under the ITPGRFRA trust fund versus other countries.

We have to stress on the fact that monetary benefits arising after the commercialisation of PGR should be made directly to the PGR donor country. In addition, the product developed using the PGR should be made available to the donor country, especially to the farmers, at relatively lower costs. There should be relaxations for public institutes like ICAR and small and medium companies of India, too.

The meeting in Rome will also discuss the dematerialised use of PGR. With advancements in technology such as gene editing, Digital Sequence Information (DSI), physical plant material may not be required to develop new varieties. Gene sequences will be enough. While the world and organisation such as the CBD are doing expert studies on them, India should support that DSI and other future technologies (CRISPR) should be added under the benefit-sharing scheme so that our efforts in conserving PGR are not left out.

But perhaps the biggest elephant in the room is: Who is India really negotiating with? Is it the developed countries or trans-national big agricultural corporations in the garb of countries? Such corporations are present in each country today, including India, and are lobbying to have access to PGR through a second channel. In fact, through their Indian subsidiaries, they are even consulting with the Government for a softer stance on ITPGRFA. And why would they do that? Because nations such as India expressed sovereign right over their PGR and have many restrictions for foreign MNCs to access Indian biodiversity under the Biological Diversity Act. If the Swiss proposal is accepted, Indian legislations will be bypassed and all doors to PGR  will be opened to them without restrictions — all for a nominal percentage of profits.

Once they have Indian PGR available to them in any part of the world, we will see the emergence of “seed sweat shops”, much like clothes sweat shops in countries like Bangladesh. The design is European or American, raw material is Indian and clothes are made in Bangladesh for a few cents an hour and then sold in boutique stores for thousands of dollars. Countries with the cheapest farm labour costs will be selected to mass produce seeds and then the produce will be exported to nations which can pay higher prices. Indian farmers and women, who have preserved seeds and biodiversity, may be alienated and all of their biodiversity commercialised by big agricultural companies of the developed world.

Given the threat of climate change, we cannot allow for rampant exploitation of our PGRs only to participate in foreign treaties. We should learn from China and be more conservative and nationalistic in our approach towards our biological heritage.