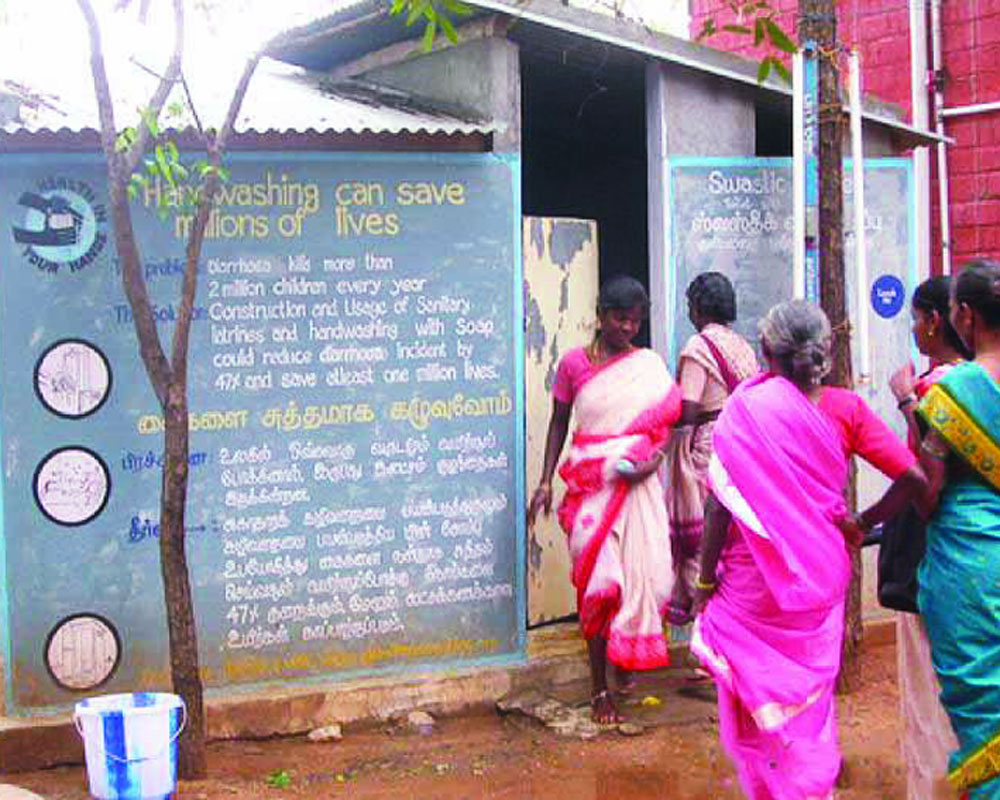 The FSSM system has been a success in designing a scalable solution to septage management. More needs to be done now to achieve universal coverage for safe human waste disposal

The Union Government, State Governments as well as local self-governments are grappling with the Herculean challenges of urban sanitation. Indeed, while the word “urban” should imply modern sanitation facilities, the fact remains that 68 per cent of urban households in India do not have access to a sewage network and 85 per cent of the liquid waste generated goes untreated. This often results in the contamination of groundwater and surface water which in turn manifests as water-borne diseases like diarrhoea and jaundice, the leading cause of child fatalities. Hookworms, which can spread through open defecation, cause anaemia and weight loss among women, besides severely impacting productivity, the well-being of the households and the community.

In order to take this challenge head on, the 2008 National Urban Sanitation Policy (NUSP) had initiated a framework for cities to prepare City Sanitation Plans (CSPs) under their respective State strategies. But as policy makers and other stakeholders often report, each city, town and slum presents its own complex set of challenges. Whether it is the lack of piped water, toilets or sewage treatment mechanism, the entire value chain of providing good sanitation — imperative for national health — has been under severe stress and requires unique solutions and collaborations.

Yet, while challenges are unique in the local context, solutions have had their implications for the broader sanitation ecosystem. Finally, there was a dire need to explore new approaches since most households in India depend on on-site sanitation facilities such as septic tanks and pits vs centralised sewerage systems, where safe management of human waste, which includes its safe containment, transport, treatment and disposal, was essential.

It was against this backdrop of searching for new complementary approaches that the National Policy on Faecal Sludge and Septage Management (FSSM) was formulated. The FSSM approach — an end-to-end management of faecal waste collected in pit latrines and/or septic tanks — can be applied to arrest harmful impacts of poor sanitation in cases where the provision of sewerage system is unfeasible or takes longer time.

As recognition for FSSM as an innovative approach grew, Odisha, which had embarked on its own sanitation journey, also rolled out pilot projects in two small towns — Angul and Dhenkanal in early 2015 under Project Nirmal. The idea was to demonstrate sustainable sanitation solutions for communities. This pilot programme was implemented with support from the Bill and Melinda Gates Foundation (BMGF), Arghyam, Centre for Policy Research and Practical Action. Since then, the initiative has been scaled up to nine other towns under the Atal Mission for Rejuvenation and Urban Transformation (AMRUT) by 2016.

However, implementation at such a grand scale required augmentation of internal capacity. This was achieved through a technical support unit comprising Ernst & Young with support from BMGF, which helped steer clear the grassroot implementation of the interventions and stitched a collaboration between various stakeholders. Today, FSSM has been integrated with the State’s policy plans and set of operative guidelines for Urban Local Bodies (ULBs) to implement FSSM interventions across the sanitation value chain.

Six septage treatment plants (SeTPs) were commissioned on October 26, 2018, and six others are in progress, which together will cater to 60 per cent of the State’s urban population. All these SeTPs are based on low energy-consuming technologies to ensure minimal operation and maintenance cost. Recently, Odisha decided that all ULBs will adopt the FSSM approach and will set up septage treatment facilities. Much more now needs to be done to ensure quick grounding of such initiatives to achieve universal coverage of safe human waste disposal in all urban areas.

While the FSSM framework and technology speaks of innovation, equally important has been a deliberate approach to roll out capacity-building interventions among ULBs and build  community participation in all programmes. The capacity- building efforts have included strengthening of various grassroots-level institutions such as the Slum Sanitation Committee, Ward Sanitation Committee and City Sanitation Task Force (CSTF) to ensure community ownership in sanitation service and people-centric sanitation service delivery systems in the ULBs.

ULB officials, Community Based Organisations (CBOs) and community leaders have also come together to create community engagement models in urban sanitation. FSSM case studies show how community organisations and vulnerable groups have been integrated, not as beneficiaries but as key stakeholders and partners in the implementation and involvement of communities in the processes.

For example, in Bhadrak municipality, CBOs like the Mahila Arogya Samitis (MAS) and women’s groups are working to promote improved sanitation and FSSM practices at the ward level, particularly, among the urban poor. In Cuttack, a male SHG of sanitary workers from a vulnerable community is being engaged for Operation and Maintenance (O&M) of cesspool emptier vehicles in the municipal corporation.

The involvement of such groups has helped the Government improve on-ground sanitation services through a linkage between livelihood and efficient FSSM services provided by members of the community itself. Significantly, the State has also seen how the involvement of community members in various ways boosts confidence and ensures dignity of the community members, who become part of these programmes and who are subsequently looked upon as role models in their community.

The sanitation challenge in India is complex and large in scope and scale. The FSSM roll-out in Odisha and other States is a testament of commitment at multiple levels of the Union Government, State Government, ULBs, global organisations and most importantly, local communities, who have taken it upon themselves to collaborate and “own” these initiatives. FSSM also shows us that an innovative solution is feasible, can be customised to address the complex local challenge in sanitation and can also be scaled by using the right framework and protocols.

Finally, FSSM has shown a way forward where multi-organisation, multi-stakeholder, sanitation enhancement programmes can be carried out successfully. A recent study by the Water and Sanitation Programme of the World Bank estimated that inadequate sanitation costs India the equivalent of 6.4 per cent of its Gross Domestic Product.

(The writer is commissioner-cum-Secretary, Housing and Urban Development Department, Government of Odisha)