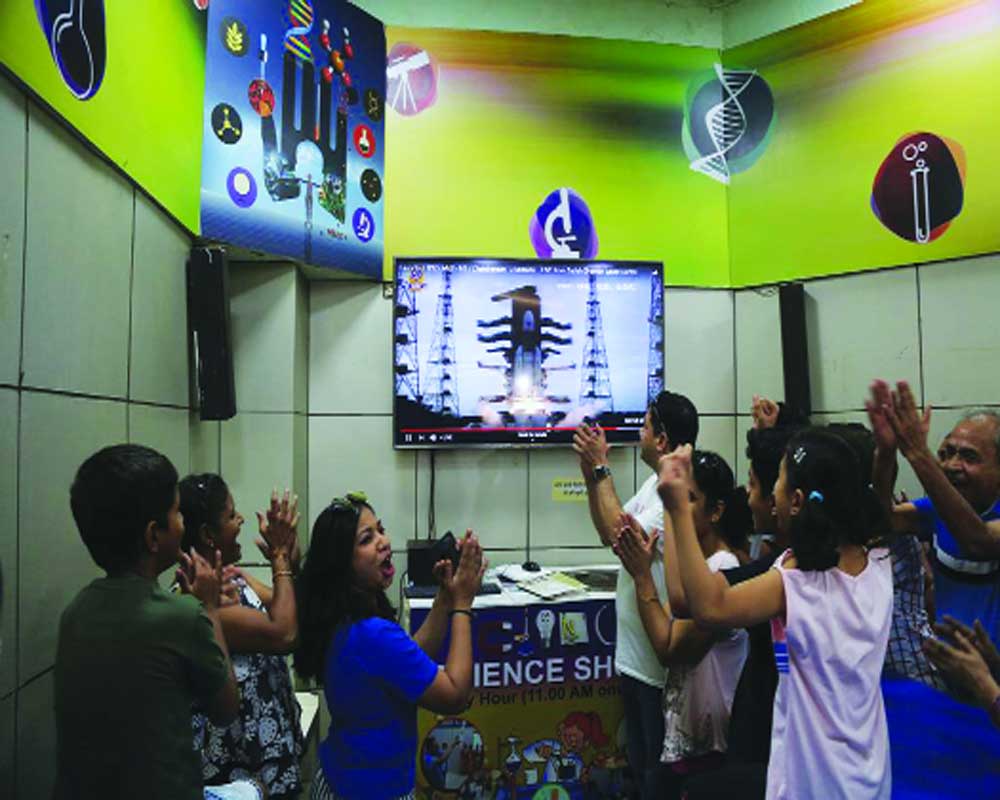 It is essential for India to invest in R&D to boost scientific rigour so that we can compete with the rest of the world. Else we may just look back at our pioneers and sigh

The Indian subcontinent, particularly India, has had a history that is littered with instances of bringing light to the world using the torch of science. Right from Aryabhata, the genius mathematician who gave the world an approximation of pi, to the recent launch of Chandrayaan-2, scientific thought is as much a part of our history as diversity. The manner in which science does not limit itself to the corners of our imagination but extends itself to the mainstream life is evident by the love and affection Indians have for former President APJ Abdul Kalam, who himself was a scientist of great acclaim and repute. In fact, it was Kalam, who had said, “Science is a beautiful gift to humanity; we should not distort it.”

As a doctor by training and education, I particularly take keen interest in the scientific progress made by our country. This is precisely why I fear that India risks falling behind the rest of the world. Such issues are not new and have been a cause for concern for quite some time now. In 2007, for example, NR  Narayana Murthy, one of India’s most widely recognised exponents of scientific thought,  wrote in a popular Indian newspaper about how despite having a strong intellectual capital base, we still had a long way to go in utilising the resources towards creating a strong knowledge economy.

While commenting about the preceding 10 years (1997-2007), Murthy wrote about how India is in the bottom third of the global knowledge economy, according to the World Bank. He went on to explain the nature of the problem by citing the example of Canada — with a population less than three per cent as that of India’s — had roughly the same number of people engaged in research and development (R&D). He also took the example of China, which in terms of expenditure on R&D, spent close to 1.5 per cent of its Gross Domestic Product (GDP) while India spent close to 0.85 per cent of its GDP  on R&D. Fast forward to 2017, a full decade later, India’s position is not much better. We now spend only 0.83 per cent of the GDP on R&D. This is among the lowest in the world.

Why can this become a problem? India has not addressed the problem of a lack of investment and attention to scientific research for over two decades now and the negative effects of this are starting to show, especially in healthcare. The marked lack of breakthrough in scientific research for healthcare is extremely disconcerting. In the past, India relied on the generic drugs industry to create its niche, to provide employment and cheap drugs to its citizens.

However, now the scientific landscape has undergone a significant change. Generic drugs are typically limited to small-molecule medications that are made from synthesised chemicals, which have a fixed chemical structure and this makes them easy to replicate at a lower cost. Aspirin, for example, is one such medication whose active ingredient has only 21 atoms (very limited from a medicine’s perspective). This makes the drug easy to copy and manufacture. A number of Indian companies have, therefore, been able to do so to great effect. However, the paradigm has now shifted from cheap generic drugs, which are easy to replicate, to “biosimilars.” These are larger molecules that are derived from living cells. This makes it more challenging for firms to develop and manufacture. This, because drugs made from living cells, often consist complex proteins and chemicals, which can have up to 20,000 atoms.

It is for this reason that regulatory bodies have established detailed guidelines, which require complex clinical trials to ultimately develop these type of drugs. This is also why the cost of developing such drugs can reach hundreds of millions of dollars.

Since India has not focussed enough on R&D, new medicines like biosimilars and other medical devices, diagnostics, patient aids and monitoring tools have to be imported to the country. This has in turn made them more expensive. Therefore, there is now a serious risk that India will be left behind in the field of scientific progress.

However, there’s still time to arrest this decline. In 2016, PwC released a report titled,  ‘Unlocking India’s Potential for Leadership in Pharmaceutical Innovation’. It underlined four key areas, which India needed to focus on to provide an environment that encourages innovation and scientific discovery. These four areas are: Human resources, finance, infrastructure and legal/regulatory framework. Owing to spatial restrictions, I will, for the purpose of this article, restrict my focus to developing human resources and a better legal/regulatory framework.

From a human resource point of view, it is important for us to encourage scientific research. Since it typically bears fruits only after years of effort, one key step can be to make this pursuit a livelihood worth pursuing. This can be done by subsidising such scientific pursuits and creating incentives for students to publish their research.

While we often believe that scientific research is limited to high-tech labs of large companies, the reality is often different. A large number of significant breakthroughs in science —  whether in medicine or otherwise — is often borne out of the labour of researchers in libraries. The most recent example is that of “CRISPR-Cas9”, a technology that is being used to change the genetic makeup of organisms.  This could be one of the most significant scientific discoveries of our age. It is, therefore, crucial that we create an environment where such scientific rigour is encouraged and developed.

Another crucial pillar is a legal system, which provides an environment to incentivise companies both in India and abroad to develop products in our country. A strong patent system is crucial for this. It is no coincidence that the two countries, who are pioneers in the field of scientific research, the United States and Israel, also boast of a robust environment for intellectual property rights. With a clear majority in the Lok Sabha, I would encourage this Government to bring changes to India’s regulatory environment that can allow us to compete with the rest of the world on this aspect.

While none of these pillars can be developed overnight, with the right sort of push and impetus, India may soon be able to proudly stake its claim as a scientific hub for the rest of the world. If not, we as Indians may soon have no option other than to look back at scientific behemoths like Aryabhata, CV  Raman and Homi J Bhabha with bitter regret that the rich history they left behind and the paths that they illuminated could not be explored further.

(The author is former president of Jharkhand Pradesh Congress Committee)