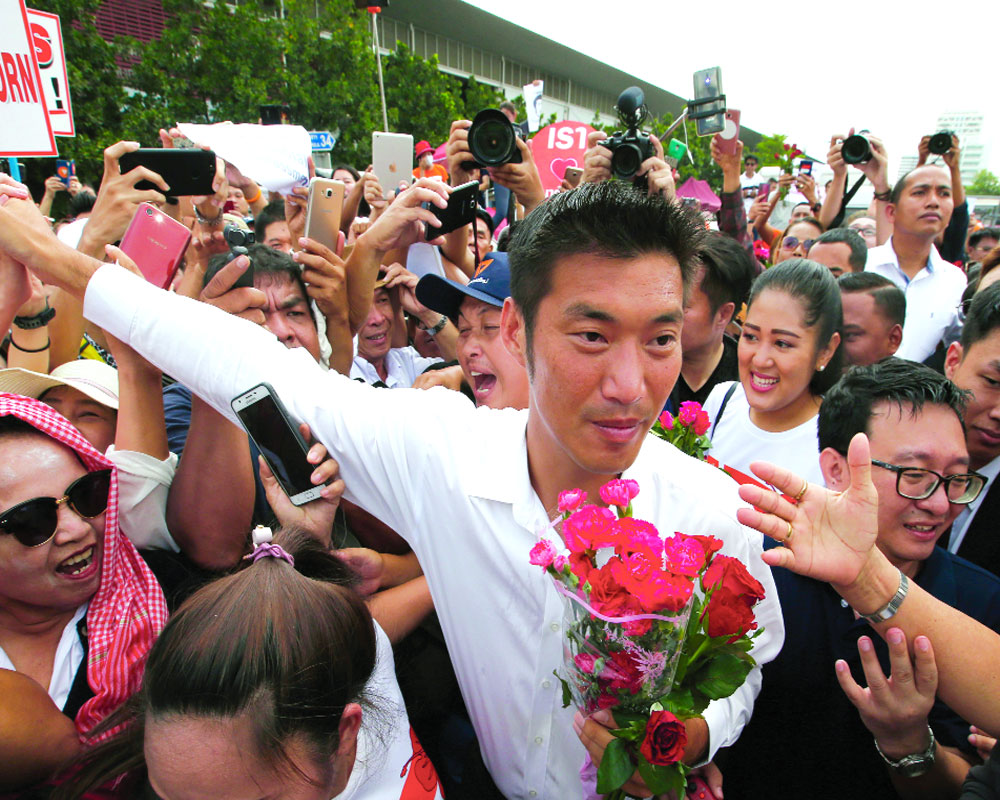 The Generals, before trying to crush the opposition in entirety, should better note that democracy at its heart indicates the existence of differences. The Thais deserve much more than what the Generals are currently offering. Hope, a true democracy, which enables the right to express opinions and freedom to resist anything that goes against the public, will soon prevail in the ‘Land of Smiles’

Thailand has been under military rule since 2014 after the removal of the popularly elected Government of Yingluck Shinawatra.

She happened to be the country’s first woman Prime Minister and the youngest occupant of the office in more than half a century. After her ouster, the Generals were sure that Shinawatra clan and their associates would find it hard to make a comeback in Thai politics.

Since then, the entire country has turned out to be a fighting ground simply among the “Red Shirts”, largely representing former Prime Minister and exiled political strongman Thaksin Shinawatra and “Yellow Shirts”, the Army and the royalist elites.

To bring in some normalcy in the country, the current military leader, General Prayut Chan-o-cha who plotted the coup d’etat, later introduced a new Constitution in 2016 that strongly solidified the junta rule across the nation.

Till the conduct of the election, General Prayut was functioning as the Prime Minister, heading a vague body called “National Council for Peace and Order”. In fact, the recent political history of the country indicates that this junta rule is the longest one since the1970s.

General Prayut has maintained a tight grip over the country with the help of the military drafted Constitution and massive investments in infrastructure projects.

Besides, he has been using his soft power such as writing nationalistic pop songs to impress the younger generation, and insisting all public school students to recite his twelve values. In Thailand’s bitter political struggle between the rural poor — the so-called base of the Thaksin and his allies — and the urban elites, the bastion of the military, its proxy parties and the royal supporters, Prayut presents himself as a person who has united the country, indicating his presence as the only alternative to the existing career politicians of the nation.

Simply put, he is viewed as the only anti-dote of Thaksin in Thai politics.

Frankly speaking what has emboldened Prayut and his cronies is the existing Constitution of Thailand. It was indeed pushed through a referendum in 2016, after strictly banning the critics from campaigning against it.

Interestingly, the Generals could hardly convince half the voters to endorse this Constitution. It gives sole power to the junta to appoint all the 250 members of the Upper House (Senate). Further, it also mentions that the PM does not need to be an MP. This makes it very clear that General Prayut, who does not belong to any political party, can remain in power as the new Prime Minister. The PM will be selected by a joint sitting of the two Houses.

To maintain his current position, Prayut needs only 126 MPs. What is more dangerous to the new Government is that the General can declare a “20-year plan”, to which all future Governments of Thailand will have to obey.

Another important feature of the current Constitution, Section 44 allows the junta to take any steps in the name of protecting the monarchy, national security, maintaining public order, etc. Add to all these, a high-level cyber security law finally allows the Government to monitor online traffic in case of “emergency”.

Taking advantage of the political instability, the military has postponed dates for a fresh vote quite a number of times in the past. Finally, the first post-coup General Election for the country’s 500-seater Lower House, known as the House of Representatives, took place on March 24. The Election Commission released the first preliminary results five days after the election was held. But, it will announce the official results only after May 9, just a few days after the coronation of King Vajiralongkorn.

Ironically, it was Pheu Thai that won most of the constituency seats numbering 137, followed by Palang Pracharth with 97 seats. But it remains unclear which party will finally form the Government.

With widespread suspicion of massive election frauds, this week the country’s Election Commission has ordered by-elections in six polling stations. These irregularities include reports of mismatched numbers, inclusion of unqualified voters in the list of eligible voters’ list, and finally, continuous delays in the declaration of results. Meanwhile, the rumours of electoral discrepancies led to countrywide protests, some calling for the impeachment of Election Commissioners and a prominent hashtag, “Election Commission busted” is trending across social media.

Many Thais believe that this election might have been rigged just to pave the way for junta leader Prayut to continue as the PM.

This week, in a rare briefing, Thai Army Chief Apirat Kongsompong told the media in the heart of the capital that Thaksin has never admitted his crime. Also it is interesting to note that King Maha Vajiralongkorn revoked royal decorations given to Thaksin in the past.

The reason behind is that he fled Thailand after being sentenced to prison, that is considered as “an extremely inappropriate behaviour” according to a statement posted on the Royal Gazette’s website.

On record, Thaksin has not returned to Thailand since 2008, after being accused in a case, he has termed largely politically motivated. It must be noted here that since 2001, Thaksin on his own or his allies has been winning each election in the country, but unfortunately, they are barred from forming the Government either by coup or with the help of the judiciary.

Sadly, this election, once again, does not presage the restoration of democracy and civilian rule in the one of the largest nations of South East Asia.

The 69 million voters who cast their ballot in this historic election will simply witness consolidation of junta rule in a disguised form under General Prayut.

Today, what heralds shame not only for Thai people, but also for the entire region is that Thailand, the country that became the first nation to become a democracy in 1932, has simply slipped into the clutches of the corrupt and greedy Generals.

It was once the role model of democracy and an inspiration for the coup-prone region. Thailand used to be the pioneer in taking fast steps towards industrialisation immediately after the end of the absolute monarchy. It has also remained as a staunch ally of America in the region bringing in stability in South East Asia.

Today, many of South East Asian nations are encountering problems such as ageing population, slow growth rate, corruption in public space and the presence of social safety nets, to name a few. Further, an ever emerging and aggressive Chinese presence across the region under President Xi Jinping has become a permanent threat for their security. Looking at all these, Thai junta and its politicians must see to it that the country remains stable in the coming days. The current king must take a pro-active role like his deceased father, who was popularly revered as the “peoples king” in the past.

Today, creating a hybrid democracy in Thailand is not a solution to its people’s woes. Simply to foil the coming of one Thaksin Shinawatra, the Generals should not take the advantage of ruling the country with or without the uniforms. They must understand the critical issues facing the commoners. The elite in Thailand doesn’t represent the true picture of the nation, neither it could run the country alone.

Further, the Generals, before trying to crush the opposition in entirety, should better note that democracy at its heart indicates the existence of differences. The Thais deserve much more than what the Generals are currently offering. Hope, a true democracy, which enables the right to express opinions and freedom to resist anything that goes against the public, will soon prevail in the “Land of Smiles”.