The best diet for everybody

The best diet for everybody 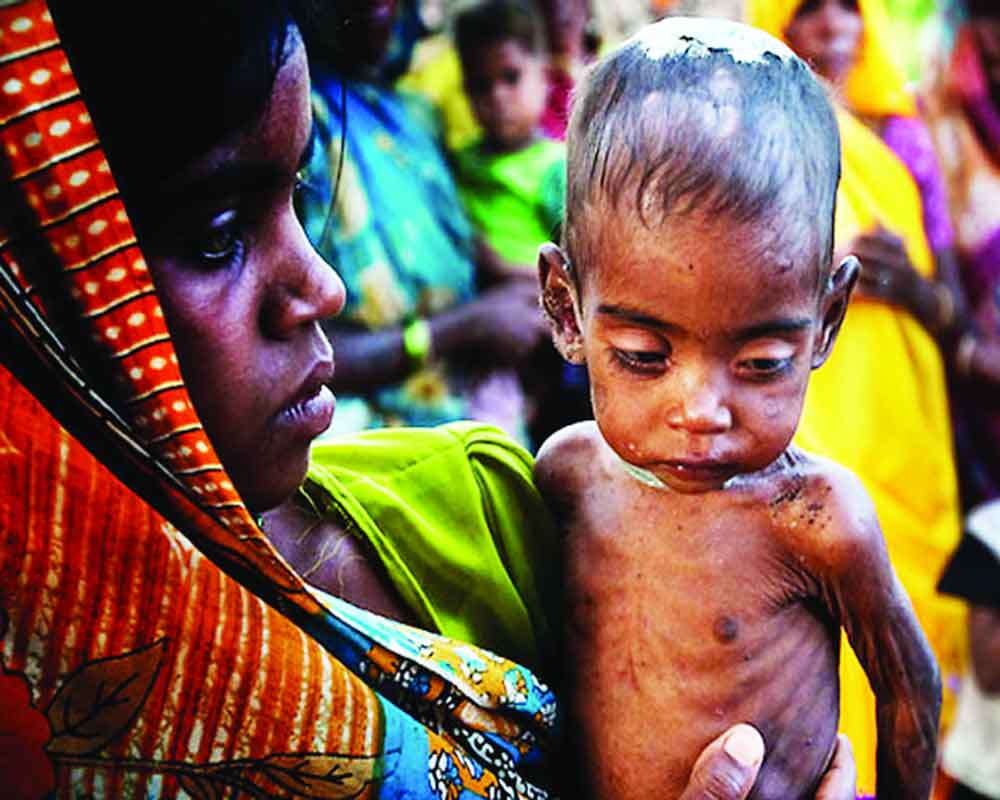 The POSHAN Abhiyaan is a shot in the arm for the Government to treat the problem of stunting, under-nutrition and anaemia among young children, women and adolescent girls

Malnutrition has been a public health issue in our country for which Prime Minister Narendra Modi has set the agenda through the POSHAN (Prime Minister’s Overarching Scheme for Holistic Nourishment) Abhiyaan. He has announced clear targets and visible results to be seen by 2022, the 75th anniversary of the country’s Independence. The aim is to improve nutritional outcomes for children, pregnant women and lactating mothers. The targets under the POSHAN Abhiyaan are to reduce stunting, under-nutrition, anaemia (among young children, women and adolescent girls) and bring down low birth weight by two per cent, two per cent, three per cent and two per cent per annum respectively. Additional efforts will be made to bring down stunting from 38.4 per cent (NHFS-4) to 25 per cent by 2022. With this commitment from the highest level of leadership, nutrition is a clear priority for this Government.

India’s National Health Policy (2017) as well as the National Nutrition Strategy (2017) recognise that anaemia, which is a result of iron deficiency, has harmful consequences for maternal and child survival and overall productivity of the nation. Anaemia affects roughly one-third of the world’s population. Those with anaemia have low immunity and work productivity. It adversely impacts cognitive development of children. Anaemia in pregnant women is more likely to increase the risk of post-partum haemorrhage, low-birth weight babies, pre-mature birth, still birth and maternal death.

According to the National Family Health Survey-4 (2015-16), anaemia prevalence across all ages is extremely high in India. The percentage of children, aged between six and 59 months, having anaemia is a whopping 58 per cent while the percentage of women of reproductive age having anaemia is 53 per cent. As much as 50 per cent of pregnant women at any given point of time have anaemia.

There are many causes of anaemia but iron deficiency accounts for close to 50 per cent of cases among school children and women of reproductive age group and 80 per cent in children between two and five years of age (UNICEF and WHO Joint Statement 2001). Infectious diseases such as malaria, helminth infections, TB and hemoglobinopathies are other causes that contribute to the high prevalence of anaemia.

Unlike earlier attempts made to tackle the issue, there is a convergence of various departments and Ministries to achieve the desired results under the anaemia-mukt Bharat strategy. It is pertinent to note that the programme is being implemented pan- India, involving the community. Reaching out to everyone, particularly the vulnerable sections, is an integral strategy under POSHAN Abhiyaan. For this, the Government has improved and strengthened service delivery to ensure an efficient supply chain, encouraged use of technology to reach the targetted beneficiaries and bring about behavioural change through professional counselling.

Anaemia-mukt Bharat is a critical component of the POSHAN Abhiyaan and is expected to benefit 450 million people by 2022. It is based on six interventions, including prophylactic iron and folic supplementation; deworming and behaviour change campaign focussing on key behaviours such as appropriate infant and young child-feeding practices; increased intake of iron-rich diet or fortified food; ensuring delayed cord clamping after delivery; anaemia testing by using digital methods with special focus on pregnant women and adolescents and finally, screening and treatment of non-nutritional causes of anaemia in endemic pockets, malaria included. The strategy focusses on testing and treating anaemia in school-going adolescents and pregnant women using newer technologies, establishing institutional mechanisms for advanced research in the condition and a comprehensive communication strategy.

Considering that there are several other determinants of nutrition, linkages with other initiatives of the Government have been established. The Swachh Bharat Abhiyan focuses on creating open defecation-free communities that impact the rates of diarrhoea and gut infections among children. The Pradhan Mantri Matritva Vandana Yojana provides monetary support to pregnant women and lactating mothers for adequate diet, which in turn, promotes health-seeking behaviour.

Mission Indradhanush is increasing the rate of complete immunisation of women and children while the Mother Absolute Affection (MAA) programme is a nation-wide initiative to improve infant and young child-feeding practices. The Pradhan Mantri Surakshit Matritva Abhiyan (PMSMA) ensures quality ante-natal care for pregnant women, while the school children are being screened annually for diseases and nutritional deficiencies under the Rashtriya Bal Swasthya Karyakram (RBSK).

The Ministry of Health and Family Welfare is collaborating with the Ministry of Women and Child Development (MoWCD) on activities to be carried out during the POSHAN Maah that is observed in September every year. As part of the POSHAN Maah, 2018, AIIMS, New Delhi, along with six regional centres (Rajasthan, Madhya Pradesh, Odisha, Bihar, Chhattishgarh and Uttarakhand) undertook intensive BCC along with test and treat campaigns focussed on WRA (15-49 years) and under five children.

Also, our initiative, Village Health Sanitation and Nutrition Day (VHNDS), has been strengthened to be observed as ‘POSHAN Melas’ and are being leveraged as an opportunity to reach out to the community for counselling on health-seeking behaviours. Besides VHNDS, collaborating activities with MoWCD include traditional practices such as ‘Godbharai’ and ‘Annaprashan’ as part of POSHAN Abhiyaan for increased acceptance and involvement of the community.

Providing iron and folic acid supplementation and treatment to high risk groups, prevention and treatment of communicable diseases, promoting consumption of all micro-nutrients, and more importantly, encouraging birth spacing through the use of contraception are some other initiatives being taken by the Government for a holistic and life-cycle approach to the issue.

Implementing a programme of this magnitude is by no means an easy task but the Government is committed to end the scourge of anaemia and under-nutrition by rolling it out as a jan andolan (public movement). The decline in the prevalence of anaemia will contribute in improved maternal and child survival and improved health outcomes.

(The writer is Union Minister of Health and Family Welfare)