The bridge to Asean

The bridge to Asean 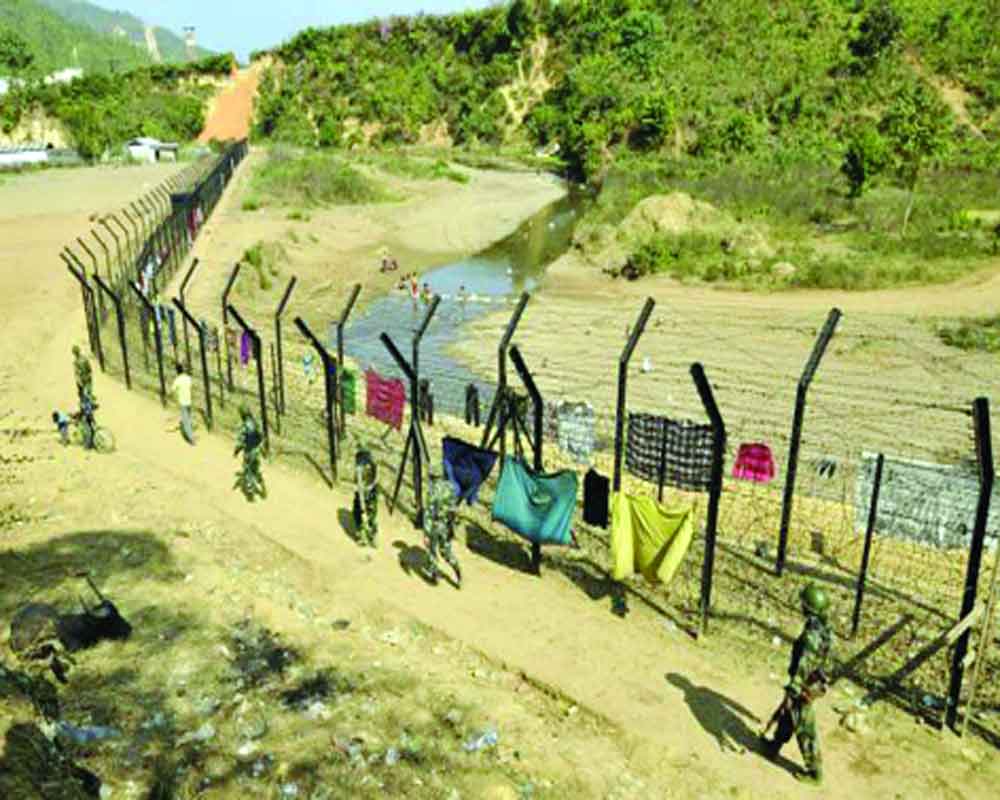 Expanding bilateral ties with Myanmar is vital for India’s ‘Act East’ targets. With a creative blend of diplomacy and culture, both nations can only scale new heights, says Vikas Kalyani

India has emerged as the fastest growing economy in the world. It believes in forging multilateral relations and not in unilateral favouritism. Equivocally, it does not agree to a uni-polar or bi-polar world order. It believes in mutual growth by means of cooperation in all fields with as many countries as possible, given that understanding is mutual.

Towards this, the country has been part of multilateral forums that are growth oriented. Being one of the key players in the South Asian as well as the Indian Ocean region, India has been engaging with many Asian and littoral countries on a regular basis. It realised the importance of East Asian countries in the 1990s and, thus, started active dialogue process with members of the Association of South East Asian Nations (ASEAN). Putting the Indian perspective for the Indian Ocean region — of mutual growth in a secured environment as a priority — India also has a shared vision, the Security And Growth for All in the Region (SAGAR), with all its oceanic neighbours.

Through the “neighbourhood first” policy, India has been according top priority to South Asia and countries in the adjoining region. Out of the 10 ASEAN countries, Myanmar is the only one which shares its borders with four Indian States and, hence, is of great importance as it acts as a bridge to the ASEAN-India future relationship.

India shares a long land border of over 1,600 kms with Myanmar and a maritime boundary in the Bay of Bengal. Four North-eastern States, viz, Arunachal Pradesh, Nagaland, Manipur and Mizoram, share a boundary with Myanmar. Both nations share a heritage of religious, linguistic and ethnic ties.

Trade cooperation: India is the fifth largest trading partner of Myanmar — its the fifth largest destination for exports and the sixth largest source of imports. The agriculture sector dominates trade, particularly the supply of beans and pulses ($809million, 2016-17) and timber ($ 156 million) to India. Indian exports to Myanmar include sugar and pharmaceuticals among others. Bilateral trade between the two countries has been growing steadily and reached $1.257 billion as of January 2018.

Defence cooperation: Defence ties between the two countries continues to strengthen. Exchanges of high-level visits, enhanced training cooperation, capacity building and support in provision of specific equipment and technology have led to a more wholesome relationship between the two and the development of better understanding in matters related to mutual security concerns.

Disaster relief: India has always responded promptly and effectively in rendering assistance following natural calamities in Myanmar like Cyclone Mora (2017), Komen (2015), earthquake in Shan State (2010), Cyclone Nargis in 2008 and the recent outbreak of influenza virus in Yangon in July-August 2017.

Development cooperation: India has extended development assistance to Myanmar on generous terms and our assistance portfolio is now over $1.75 billion. Projects include the Kaladan Multi-Modal Transit Transport Project (KMMTTP); the Trilateral Highway Project, which is an East-West corridor connecting the North-east with Myanmar and Thailand; the Rhi-Tiddim road; assistance for border area development in Chin State and the Naga Self-Administered Zone.

According to a statement issued by the Indian Embassy in Myanmar, “The landmark Land Border Crossing Agreement between India and Myanmar, signed on May 11, 2018, has been brought into effect with the simultaneous opening of international entry-exit checkpoints at the Tamu-Moreh and the Rihkhawdar-Zowkhawtar border between Myanmar and India.”

The idea is to have better connectivity by all means. Like India, Myanmar, too, does not support China’s Belt and Road Initiative (BRI). Infrastructure cooperation between the two can counter Chinese debt-oriented approach to run over countries. Similarly, the India-funded Kaladan Multi-Modal Transit Transport Project (KMMTTP), a $484 million project connecting the eastern Indian seaport of Kolkata with Sittwe seaport in Rakhine State, Myanmar, by sea will allow sea access for land-locked Northeastern States of India via the Kaladan River in Myanmar.

As far as air connectivity is concerned, there is hardly any direct flight to Yangon from any Indian city.

Air connectivity: With the Indian aviation sector emerging as one of the fastest growing industries, it is bound to prosper in the near future. Investment in North-east aviation sector will not only connect local people better but also will offer faster and convenient passage to travelers from the eastern neighbourhood. Improved infrastructure and air connectivity is the need of the hour.

Port connectivity: There is a need to actively pursue the timely construction of ports. Deepening of port-to-port services will provide a much shorter sea route to the economically vibrant Southeast Asian region and help boost trade.

Medical tourism: India, in particular Delhi and Mumbai, has grown as as a prominent exporter of speciality health services for nations across the world. Similarly, for the East Asian countries, the North-east can become a medical tourism hub.

Educational tourism: Many students from Myanmar prefer studying in China because of its proximity. China, too, has made a few concessions for the students like easing visa rules for Myanmar. Comparatively, India, too, has affordable and well-reputed educational institutes — not only in metropolitan cities but cities in the North-east as well. But we must give a boost to this sector so as to attract students from Myanmar and other South East Asian countries and, hence, help young minds grow, thus ensuring a long lasting relationship in the years to come.

Defence interaction: Camps of insurgent groups operating in the North-eastern border areas often hamper the timely completion of connectivity projects as well as the economic growth of the region. Joint operations against such groups can be conducted to rein in the problem.

Ever since Myanmar underwent a political transition, it has been “opening up”, which has helped the country grow to emerge as a ‘new player’ among the established team of old players in the region. The democratisation, along with economic reforms, has unleashed new opportunities for India, which is determined to make up for lost time. With a creative blend of diplomacy and culture, India-Myanmar relations can only scale new heights in the days to come. We need to ‘Act East’ using the ‘SAGAR’ vision to have credible and reliable relation with this strategically important neighbour, which is a key link between India and ASEAN partnership.

(The writer is a senior research fellow at the India Foundation)