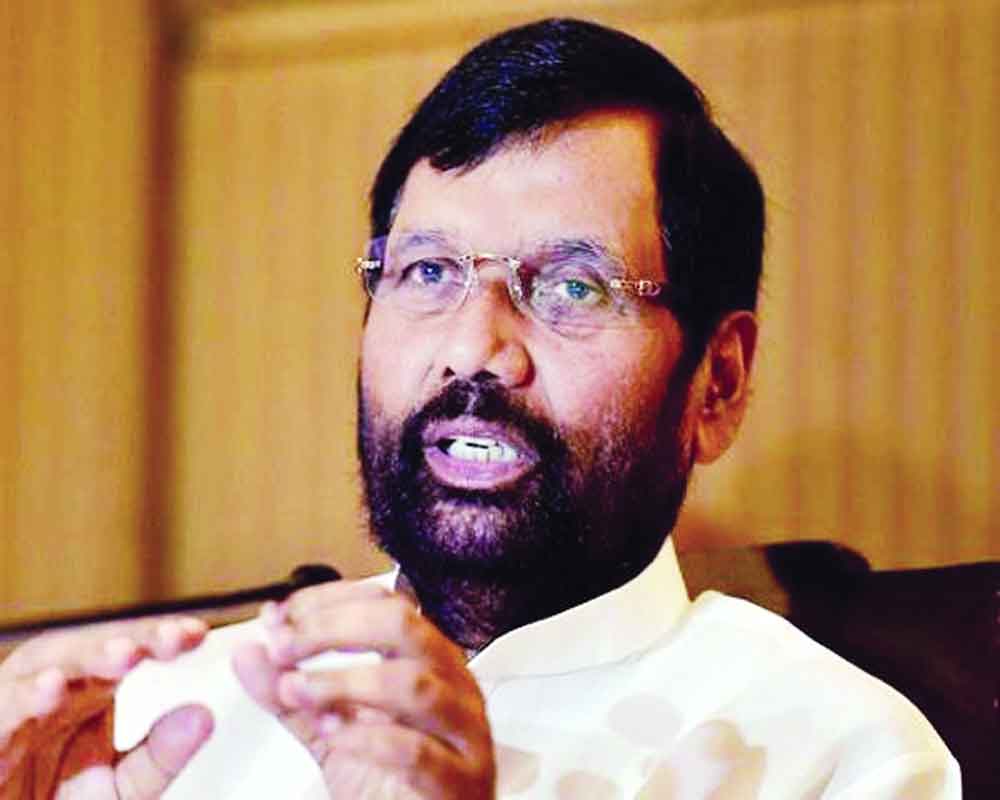 The Asom Gana Parishad (AGP) may be the latest ally to desert the National Democratic Alliance (NDA) on the Citizenship (Amendment) Bill, 2016, introduced in the last session of the Lok Sabha recently, but by no stretch of the imagination can the party be termed as a “political weather scientist.” Similarly, the tag should also not be passed on to the Telugu Desam Party (TDP), which parted ways with the NDA last year. Compulsions of state politics and scouting for better opportunities at the national level forced these two regional parties to break away from the NDA rather than their potential to gauge trade winds.

In that sense, the bellwether status should go to Union Minister Ram Vilas Paswan. For long, he has been described as the ‘mausam vagyanik’, who can assess which way the political wind is blowing or which party would reap the electoral harvest and form the next Government.

Many have even appreciated his ability of being “accurate and correct” with his political moves over a period spanning three decades. Both his admirers and critics believe that he has got so much of expertise in reading “people’s mood and pulse” that he always supports the winning cause — the coalition which rules the country.

Paswan has been a part of all national coalitions. He was first elected as an MLA in Bihar way back in 1969, though he has always preferred to be in Central politics after the Emergency when he first won the Hajipur Lok Sabha seat by a record margin in 1977. Be it the Right (NDA led by the BJP) or the one in which the Left had a major role (Third Front led by VP Singh) or the Centrist party (Congress-led United Progressive Alliance), one factor which has always been common is the 75-year-old Paswan. No ideology is anathema to him as long as it takes him to the treasury benches.

He was first inducted in Union Cabinet by VP Singh in 1989 and since then the Dalit leader has never looked back. Of course, he lost one election in 2009 to an old rival in Bihar —Ram Sundar Das — from his stronghold of Hajipur and had to remain out of power for five years. His followers, however, term that period as an “accident” and an “aberration.”

When he decided to stick to the NDA in Bihar for the 2019 polls, successfully bargaining a healthy six seats for his Lok Janshakti Party (LJP) and one Rajya Sabha seat for himself, many in his home state wondered if he had lost his ability to predict the political climate with the same perfection and astuteness.

Many in Paswan’s home state say that Upendra Kushwaha, the former junior HRD minister in Narendra Modi’s Government and the first one to jump ship in Bihar from NDA to UPA, has now developed the knack which Paswan possessed at one point of time. Kushwaha, as president of the Rashtriya Lok Samata Party (RLSP) and a Koeri himself, joined the grand alliance (mahagatbandhan) of the Congress and the Rashtriya Janata Dal (RJD) in the Hindi heartland, hoping to have a role in the next Union Government.

Kushwaha knows for sure that his utility in NDA ended the moment Nitish Kumar and his Janata Dal United (JDU) joined hands with the Bharatiya Janata Party (BJP) to retain power in the State and oust the RJD with which JDU had fought the Assembly elections in the first place. Kushwaha and Kumar share a similar caste support base and he realised he would be more useful to the mahagathbandhan in Bihar than the NDA. So Kushwaha’s ouster was a foregone conclusion. In fact, it helped Paswan get a better deal with the NDA in seat-sharing as whatever incremental votes his party gets in Bihar helps the latter’s cause in its bid to do well in the State.

Bihar will be an important battlefield in the 2019 general election with 40 seats, a State where both the UPA and NDA are firmly entrenched. Hence, this is one State where the battle is largely between the two and not the constituent parties as such.

Besides RJD, the Congress and now the RLSP, the grand alliance in Bihar also has former Chief Minister Jitan Ram Manjhi’s party, Hindustani Awam Morcha (HAM) and Loktantrik Janata Dal (LJD) founded by Sharad Yadav, who broke away from the JDU. Then there is Mukesh Sahni, who had floated his political outfit Vikasshil Insaan Party (VIP) and joined the grand alliance, aiming to get votes from his Nishad community spread across the State. In addition, there is a possibility of even the Left parties becoming a part of the grand alliance, which could leave a couple of seats for them to show it is an umbrella alliance of all castes, groups and ideology.

On paper, the alliance looks really  ‘grand’ given the various caste combinations it carries with it, but on ground it is difficult to visualise how competing castes, parties and groups would jell, and whether one community would be able to transfer its vote to the other. Also, the sharing of seats is still a mystery and several conflicts, claims and counterclaims could emerge.

Ironically, it is in Bihar where the BJP had to concede to its allies in a big way, which many see as the end of the road for its expansion in the State. It won 22 seats in the 2014 Lok Sabha poll, and along with its allies LJP (6) and RLSP (3), the NDA won 32 seats even though the combined Opposition then on paper was quite strong — RJD and JDU. The BJP would be contesting only 17 seats, forcing it to part ways with five seats which it won last time, clearly a set-back for the party cadres who were hoping for expansion and some day form the State Government on the party’s own strength like it did in Maharashtra, breaking from the Shiv Sena and contesting Assembly polls alone.

As of now, Bihar is the only State where the battle lines have been drawn and demarcated firmly with alliances in place. Many see this as a microcosm of India — emergence of a two-alliance formation where the BJP would head one polarity and the Congress the other with regional parties siding with one or the other depending on their state politics, perceptions at a given point of time and crass opportunism, of course.

It is now gradually becoming clear that it will be the regional parties which would become the new weather scientist of the Indian politics —switching sides at the slightest possibility of better electoral outing and reviewing their decision every now and then according to their convenience and smell of opportunity. Bihar is a perfect example where you do not find any permanent political friend or enemy.

Every single regional party of the State has a history of deserting either the NDA or the UPA in the past several years ever since the days of Mandal and Mandir politics which peaked in the late 1980s and early 1990s.

Both Paswan and Nitish Kumar are sailing in the same boat — changing sides seamlessly, that too repeatedly, without the baggage of ideology or any other factor. Paswan may be the expert on this but others are quickly playing catch-up. Kumar has almost caught up with Paswan, changing from one extreme to the other — first NDA to UPA and then back to NDA — without batting an eyelid.