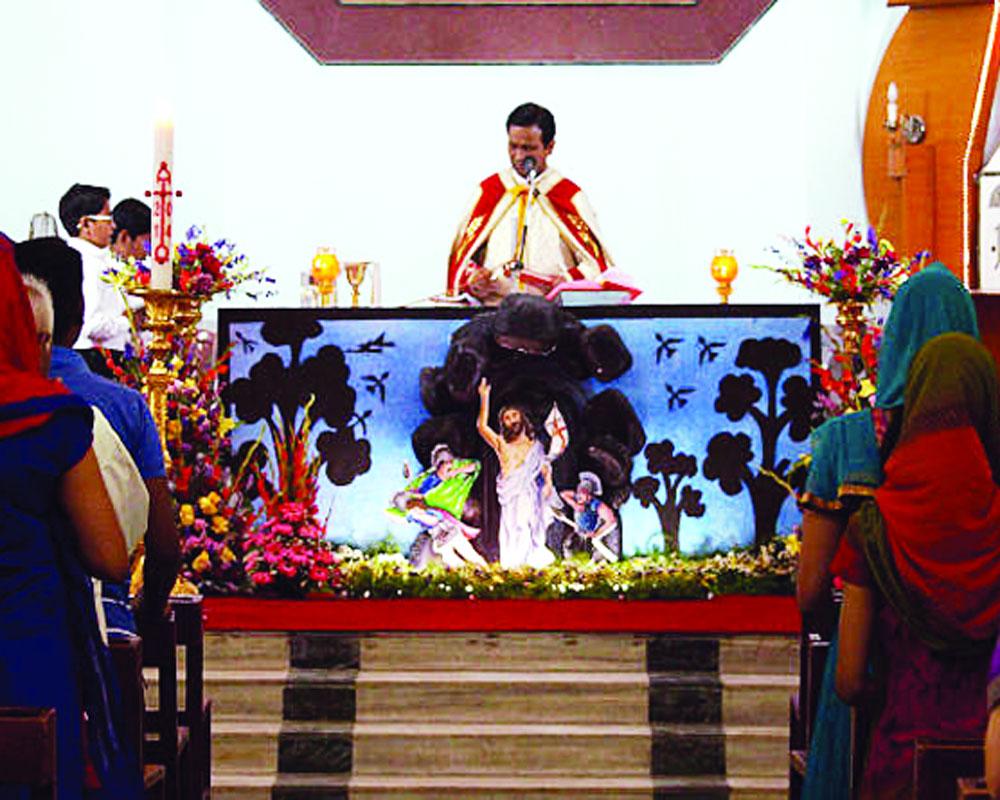 Determining Easter’s placement has been a subject of major controversy in the past. Ironically, it was this row that triggered the reform of the Julian calendar in 1582

This time, Easter has tested the patience of its believers, almost to the limit. The festival shifts irregularly in the compass of 35 days, ranging from March 22 to April 25. But this shift is not akin to that of a Hindu festival, say Holi or Ram Navami. All Hindu festivals follow a pendulum-like trajectory while shifting as per the lunar tithi year-on-year.

The Easter is reckoned according to three factors — Spring Equinox (March 21), full moon and day of the week (Sunday). It is the principal movable feast in the Christian liturgical calendar. Notwithstanding its irregularity, future Easter dates could be predicted hundreds of years in advance, algorithmically. However, determining its placement has been subject to major controversy in the past. Ironically, it was this controversy that triggered the reform of the Julian calendar in 1582 by Pope Gregory XIII.

Easter celebrates the supernatural Resurrection of Jesus Christ after his mortal death on the Cross. While the Resurrection is in the domain of belief, his death may be a historical event. There must have been a date for it as per the Julian solar calendar, applicable throughout the Roman world then. The Romans were the masters of Israel-Judea during the lifetime of Christ. Though Jesus was crucified according to the orders of a Roman Governor viz, Pontius Pilate, the date of his crucifixion was either not recorded as per the Julian calendar or at any rate not available to us. In fact, it was never available to the Church, which led to a lot of kite-flying.

The Jewish calendar is lunisolar, which means an intercalary month is added (as in the case of Vikram Samvat in India) to keep it abreast of seasons. The Nisan is a spring month. But in ancient times, intercalation was not done through any algorithm but by an arbitrary decision taken by the Jewish grand assembly viz, Sanhedrin, based in Jerusalem. Sanhedrin was in existence till the destruction of ancient Israel in 70 AD. Thus, a day cannot be transposed from the old Jewish calendar to Julian Calendar with reliability.

One good way of determining Easter for the Church was to consult the Hebrew calendar itself. This was exactly what the early Eastern churches, which were in closer communication with the Jews, did. Thus, they celebrated the Easter feast on full moon on the month of Nisan, regardless of other factors. But for the Western churches, headquartered in Rome, the day of the week was equally important. The concept of the week, as a grid of seven days, was incorporated into the Julian calendar by the Church. The week is astronomically an arbitrary concept and ancient Romans were ignorant of it. The Roman Church emphasised the fact that Jesus rose from the dead on a Sunday, which is celebrated every week in the form of a Sunday mass. Thus, Easter must be held on no other day expect Sunday. Since the Gospel says he rose from the day on the third day he was crucified, Friday became his day of crucifixion. This is called “Good Friday.”

During the first century AD, the churches in the East and the West mutually tolerated, celebrating Easter on different days. But towards the end of the century, there was a heated exchange among correspondences on the subject between Polycrates, the bishop of Ephesus and Victor, the bishop of Rome (equivalent to Pope). Victor sternly severed the whole Eastern Church from being in communion with the Roman Church. This was indeed the beginning of a split in the Church into Western and Eastern domains, which was completed a thousand years later in 1054 AD. The Ecumenical Council of Nicaea in 325 AD ruled that Easter should be celebrated on Sunday, following the full moon, following the Equinox.

If the full moon happens to coincide with the Equinox as it happened this year or previously in 1981, one will have to wait for the ensuing full moon to apply the formula. But if the full moon occurred even a day later (provided it is not as late in the week as of Saturday) the Easter could be marked on that very Sunday. But in the latter case, the full moon should occur latest by Friday. This because Good Friday has to precede the Easter.

The Equinoxes and Solstices together form the four pillars of the tropical calendar inaugurated by Julius Caesar in 44 BC.  These astronomical phenomena were known to the ancient Greek astronomers long before. But Caesar made it an integral part of the Western calendar, though it was not necessary that the year or month should begin from those points. In innovating quadruple leap year, Caesar had assumed the length of a tropical year to be 365 days and six hours; whereas in reality, it was 11 minutes shorter (365 days five hours 48 minutes and 46 seconds). The surplus 11¼ minutes remaining unadjusted led to the Julian year overshooting the natural year by three days in the course of four centuries. Thus, by the time of the Nicaean Council in 325 AD, the Spring Equinox had shifted from original March 24 to March 21.

But in the absence of a corrective mechanism, the Equinox shifted to March 11 over the next 12 centuries. The Church might not have bothered itself with Equinox but for determining the Easter. How Equinoxes and Solstices had shifted over age is pithily described in a letter written by French theologian and astronomer Cardinal Pierre d’Ailly (1350-1425) to Pope (now regarded as Anti-Pope) John XXIII Baldassare Cossa in 1411.

Pierre d’Ailly’s ambitious plan to reform the Julian calendar could not be taken up at the Ecumenical Council at Rome in 1412 nor at the Council of Constance in 1414-18. But it created a tempo which culminated in the Gregorian reform of the calendar in 1582. By cancelling 10 days from the calendar in 1582, the Spring Equinox was restored to March 21 as in days in Nicaean Council in 325 AD. Pope Gregory XXIII wanted a fixed date for Easter, like Christmas, a demand that continued to be echoed till the 20th century by various stalwarts. This, however, has not come about.

(The writer is an independent researcher)