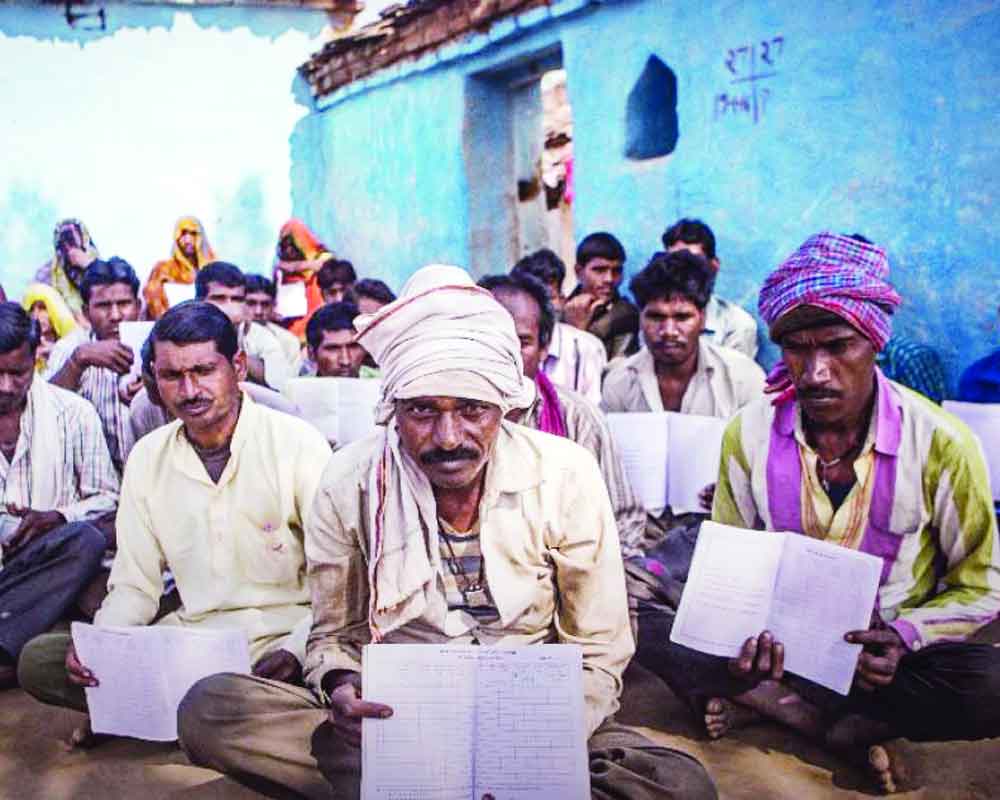 Universal Basic Income (UBI) aims to provide regular, unconditional cash payment to all households in a society. The idea of UBI originated in the West due to increased economic prosperity accompanied by rise in inequalities and loss of jobs. UBI is expected to protect the citizens from the looming threat of job losses due to advances in technology, robotics, Artificial Intelligence and globalisation.

Recently, the Labour party in the UK expressed its willingness to give it serious consideration if voted to power to run it on a pilot basis for everyone — rich or poor. Under this, all means-tested benefits would be scrapped and replaced with basic income. One of the advantages of the scheme is that it does not intervene in the functioning of markets for goods and services and labour and allows free market to flourish. Unlike loan waivers, it does not impair the credit culture and unlike Minimum Support Price for crops, it does not encourage one crop against the other to be cultivated. It is also a response to avoid enormous, complex and costly administrative procedures, leakages and lethargies in implementing the existing multiple means-tested welfare programmes, remove humiliation and simplify the procedures.

Many studies, including a fresh Finland study, found that UBI makes people happier and healthier. It has been mooted as a solution to joblessness for both the developed as well as the developing world. However, in India, given the huge budget required to implement the universal scheme that aims to benefit 1.3 billion population, there is more or less a consensus on the adoption of non-universal basic income schemes like the Pradhan Mantri Kisan Samman Nidhi (PM-KISAN) or the Rythu Bandhu scheme of Telangana that targets the farmers or others who can be categorised as poor, as per the indices of the Economic Survey of 2016-17.

Many even argue that since a majority of the poor thrives on agriculture, this sector may top the list to provide Targetted Basic Income (TBI) based on their land records. In line with this, many State Governments like Telangana, Karnataka, Odisha and the Union Government, too, have promised TBI to farmers.

The Union Government’s PM-KISAN scheme comes under the TBI category and is applicable to all across the country. It aims to benefit over 12 crore farmers, who own five acres or less than five acres of land and has a total budget of Rs 72,000 crore. It assumes that land records can be used as means for verification to identify targetted beneficiaries to minimise leakages. On the other hand, the Congress has promised a ‘Minimum Income Guarantee Scheme’ (MIGS), formally called the Nyuntam Aay Yojana (NYAY), to five crore ‘poorest families’ covering 25 crore people by assuring them a guaranteeing minimum income of Rs 6,000 per month or Rs 72,000 a year. All households with monthly incomes below Rs 12,000 are eligible for the scheme. Total budget has been estimated at Rs 3.6 lakh crore, which is 1.9 per cent of the Gross Domestic Product.

However, one of the negatives of NYAY is that there is no proper verifiable document to identify the poor. This may lead to inflated numbers and corruption at the grassroot level in identifying the beneficiaries. This will then lead to huge fiscal costs that will have to be borne by the taxpayers ultimately. Even the TBI needs checks and balances.

An addition to existing welfare schemes: Budget allocation for TBI schemes should not come at the cost of reducing public expenditure for other sectors like health and education. High fiscal costs of TBI may force the Government to roll back public and social services, which will be damaging to the weaker sections of society.  If the State retreats from the Public Distribution System (PDS), it is doubtful how far the private sector will fill this gap under free market forces. It may be possible that prices of food grains may go up in the open market and essentials may also become out of reach for the poor.

In the past, the Government’s  pullback in primary education and healthcare led to the proliferation of private schools and hospitals, which charged extortionate fees and made  them unaffordable for the poor. The State provision for education, health and rural infrastructure is more cost-effective, socially just, redistributive and a sustainable way of meeting the citizens’ needs than leaving the poor to buy from the free market.

Balance between beneficiaries and taxpayers’ interests: TBI schemes must not excessively burden the exchequer. Different programmes have different levels of coverage and the accompanying costs vary, too. The PM-KISAN scheme is estimated at around Rs 75,000 crore per annum, while NYAY will cost about Rs 3.6 lakh crore. If all States wish to implement Rythu Bandhu type of scheme in its current form, it will cost 1.85 per cent to the GDP. If the scheme has to be sustainable in the long run, it must be targetted only for the poor.

Further, the means for verification need to be standardised. The local administration must not be given an opportunity to inflate the number of targetted beneficiaries. This means that the programme should at least benefit the bottom 20 per cent of the population with no leakages in between. And the costs to the exchequer need to be reasonable so that there isn’t any backlash from the taxpayers.

Inclusion and exclusion errors: Unlike UBI schemes, TBI programmes target the poor and are subjected to inclusion and exclusion of errors. The inclusion error is the proportion of those selected under a scheme, who are not really poor, (like large farmers with 40 acre of land getting benefit of Rs 4 lakh per annum under Rythu Bandhu). The exclusion error is the proportion of those intended to benefit but who are excluded from availing it as a result of improper design (as in Rythu Bandhu  scheme, where tenant farmers, whose share is about 25 per cent of all farmers, are not getting any benefit, although they are more vulnerable).

These inclusion and exclusion  errors can be effectively reduced by using proper means like verification tools, online land records or Aadhaar-linked bank accounts.

Only two States (Karnataka and Odisha) have completed 100 per cent computerisation of land records, while the remaining States have computerised between 80-90 per cent of the records. Particularly, land records in States like Bihar, Uttar Pradesh and other North-Eastern States are not updated.

Under the Pradhan Mantri Jan Dhan Yojana (PMJDY), 35.5 crore Aadhaar-linked bank accounts were created as against 24.8 crore households in India, which will be a channel for direct benefit transfer to the targetted beneficiary households.

The synergies between digital land records and Aadhaar-seeded bank accounts can be leveraged to implement the TBI scheme to identify and target beneficiaries and to reduce delays in money transfer.

(The writer is principal scientist, Indian Council of Agricultural Research. The views expressed are personal)