The Gandhi brand is losing its sheen

The Gandhi brand is losing its sheen 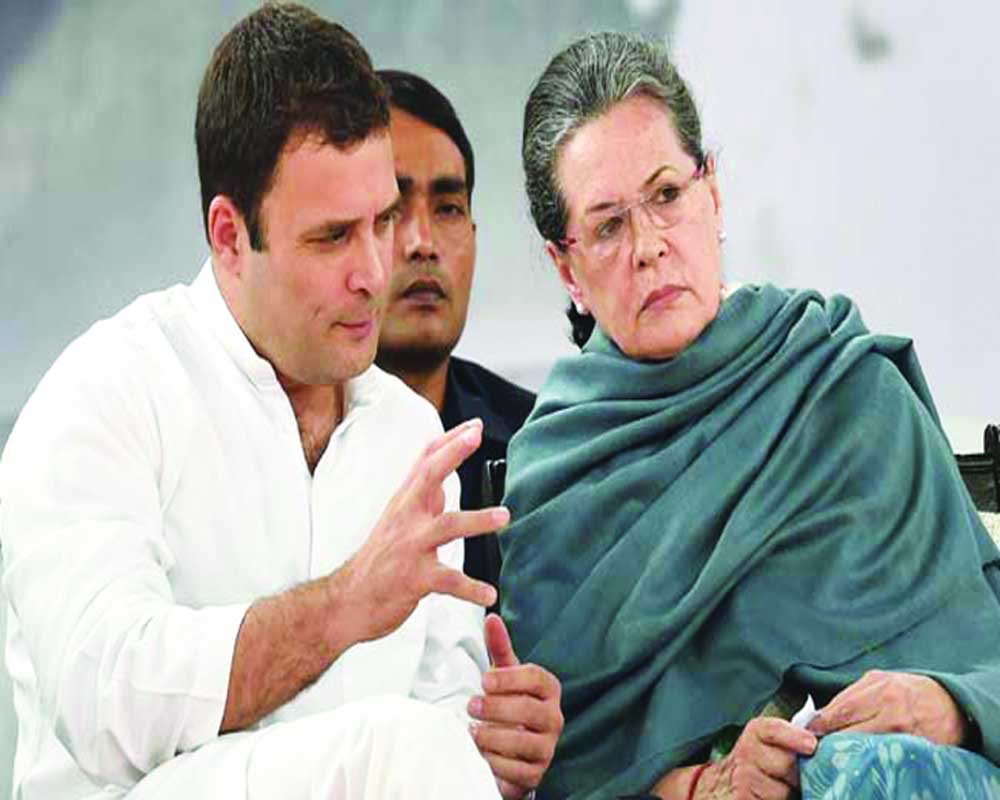 Gone are the days when the Congress depended on the leader at the top to get candidates elected. Today, it is the personal drive and popularity of candidates, the caste factor and regional issues that get them elected

The Gandhi brand seems to be at a historic low at present. With its recent showing in the  Haryana and Maharashtra Assembly polls, the Congress has proved that the grand old party can survive without the dynasty. In both the States, the Gandhis did not campaign much but the party had done much better than expected. Gone are the days when the Congress depended on the leader at the top to get candidates elected, as in the days of  Jawaharlal Nehru and Indira Gandhi.  Today, it is the personal drive and popularity of individual candidates, the caste factor, regional issues and the clout of the local satraps that get them elected.

Though many suggest that the party should dump the Gandhis now, it is clear that the Congress will continue to hang on to them because it can agree on no one else to head the party. Moreover, there is no charismatic leader on the horizon. Therefore, as long as Sonia Gandhi continues to be active, she might head the party. In fact, under her stewardship, the party had done well in both the States, despite the limited time available to set things right.

Her timely move to remove the Pradesh Congress chiefs in both the States and put the right people in  charge, as well as her decision to rely on the old guard by virtue of their field experience, helped the party perform better.

Sonia could not campaign during the recent elections and her sole rally in Haryana was cancelled due to  health issues and Rahul had to step in at the last moment. In fact, the Congress did not field any star campaigner except for former Prime Minister Manmohan Singh. Still Gandhi loyalists do not want to put the blame at her door. Priyanka Gandhi Vadra, who sailed into active politics early this year, has confined herself to Uttar Pradesh (UP) as in-charge of the State. She also did not campaign in the recent Assembly polls. Except for some tweets criticising the Narendra Modi and Yogi Adityanath Governments, she is not very visible. It is not clear how much she has managed to set things right in the UP State unit.

As for Rahul, he is still sulking and has not forgiven the old guard for not standing with him during the 2019 Lok Sabha polls. He had expressed his anguish in his resignation letter, which was made public. Though he did not want anyone from the family to head the party, the old guard prevailed and Sonia came back as interim president. Rahul continues to lead delegations and make statements, tweet and go round the country, making speeches and he has found a place in the party but without any official responsibility.

The party is reconciled to Rahul playing truant and taking breaks for a week or ten days every now and then. Party spokesman Randeep Surjewala claims these are Rahul’s meditational breaks abroad. Even now, he is away though the Congress has planned a countrywide agitation till November 15 to focus on the economic slowdown, unemployment and the farm crisis.

So, the party is handicapped with a not so healthy president, a truant Rahul and a not so effective Priyanka. “Don’t worry about Rahul Gandhi, he will come back with more strength,” AK Antony, a Gandhi family loyalist claims, pointing out that the Congress is rising like a phoenix.

Technically, no one should question Rahul, as he is not holding any office. However, most decisions have his stamp. The Congress has survived as has been shown earlier in Punjab, Rajasthan, Madhya Pradesh and Chhattisgarh and now in Maharashtra and Haryana, where strong State leaders carried the day. The problem is that the Gandhis did not develop strong State leaders and those Rahul chose to lead the States proved to be ineffective like Ashok Tanwar in Haryana and Sanjay Nirupam in Maharashtra.

The Congress never had to go through this phase of leadership crisis with no vote-catcher at the top. One might argue that despite all drawbacks, the party did get about 12 crore votes in the 2019 polls.

It only shows that the party would have fared better had it projected a credible prime ministerial face. If the trends in Maharashtra and Haryana continue, the party is likely to revive more from the strength of the local units than from the Central leadership, which in a way is how democracy should work. Later this year there are elections to Jharkhand and Delhi and the Congress has high stakes in them. One thing is clear, the Gandhis will continue to have a hold on the party.  Perhaps, having learnt a lesson or two from the recent polls, the family might change its style of functioning and try to adapt to the new situation.