The Left crisis in India

The Left crisis in India 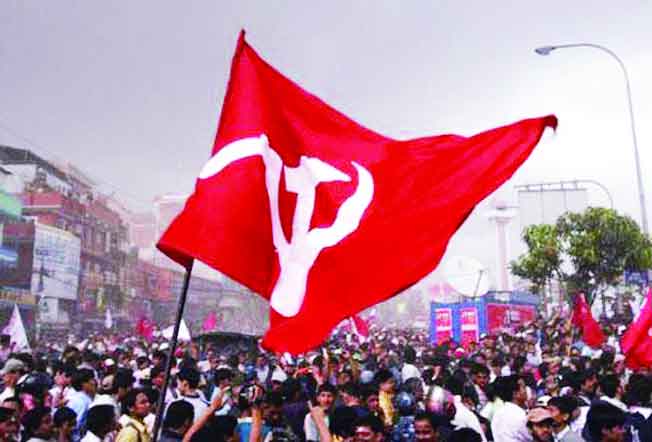 The declining fortunes of the two communist parties, CPI and CPI(M), which started from West Bengal, have been a body blow to the communist movement

Friedrich Engels had said that one of the principal outcomes of the proletarian revolution would be the withering away of the State. In India, post-2019, the State has emerged stronger than ever before and it is the communist parties which are actually withering away. While much of the focus after the recent Lok Sabha election has been on the disastrous performance of the Congress, the real big story is the declining fortunes of the two communist parties in India.

The Left parties had a decent presence in several States in the early decades after independence. The undivided Communist Party of India (CPI) won 16 seats in the first Lok Sabha election in 1951-52. It rose to 29 seats in 1962 and got around nine per cent of the votes polled. After the party split, the CPI and the Communist Party of India (Marxist)-CPI(M) bagged 42 seats in 1967 but their vote share hovered around nine per cent. This trend continued for three decades. The two parties put up their best performance in 2004 when they together secured 53 seats in the Lok Sabha, although their vote share had dropped to around seven per cent. Thereafter, their fortunes crashed. In 2014, the two parties could win just 10 seats and their national vote share dropped to just four per cent. This time around, they are well below the danger mark having secured just five seats and about two per cent of the national vote.

The decline of the two communist parties and their fellow travellers in the Left Front can be traced to the loss of popularity in their strongholds in West Bengal and Tripura and their fluctuating fortunes in Kerala. The Left’s fall is most noticeable in West Bengal where its vote share has crashed from 50.70 per cent and 32 seats in 2004 to 6.28 per cent and zero seats in 2019.

While most political parties around the world, including communist parties, re-invent themselves to stay afloat and win popular support, the CPI and the CPI(M) have stubbornly stuck to the theories and slogans that defined them decades ago. Their ideas about the working class and organised labour and about the capitalist-proletariat binary remain unchanged, even though the world has moved on.

This writer found examples of this during the Lok Sabha poll in West Bengal, where during the road shows, CPI(M) cadres kept chanting “Inquilab Zindabad” while waving their red hammer and sickle flags. Which revolution were they talking about in this day and age when the market economy rules the roost? The best example of how these two parties are completely out of sync with today’s reality is their refusal to acknowledge the advantages accruing to the poorest of the poor through many innovative schemes like the Pradhan Mantri Mudra Yojana, the Pradhan Mantri Ujjwala Yojana, Pradhan Mantri Jan Dhan Yojana and the direct benefit transfer scheme. Mudra is an innovative programme launched by Prime Minister Narendra Modi to kindle the entrepreneurial spirit among poorer sections of society and to bring about a dramatic shift in their social and economic conditions.

Under the scheme, the Government provides loans to individuals from poorer sections of society to establish their own businesses and pursue entrepreneurship. The idea is to “fund the unfunded.” They get loans ranging from Rs 50,000 to Rs 10 lakh. These small entrepreneurs and businessmen in turn employ five to 10 people to run their enterprise — be it a small eatery, a bakery, a garment or leather-goods-making micro unit or a tea stall. These Mudra beneficiaries can be found all over the country and the programme has the potential to bring about noticeable change in the living conditions of the under-privileged classes. This writer met many beneficiaries during travels in several States recently. Available data on the Mudra scheme is indeed heartening. Women entrepreneurs are the major beneficiaries of Mudra loans across sectors and constitute 70 per cent of those who have taken advantage of this scheme. Early this year, the Government announced that it had disbursed loans amounting to Rs 7.23 lakh crore.

Under the Ujjwala programme, the Government provides free cooking gas connection to families below the poverty line. Thus far, over 70  million families have benefited from it. Another such scheme with far-reaching impact is the aim to build homes for the poor and toilets in every home. Though some of these schemes were initiated by previous Governments, their implementation was sluggish in the absence of motivation and commitment. Delivery of these schemes has picked up pace after Modi became the Prime Minister in 2014.

All these schemes are aimed at ensuring the dignity of women and children, improving their living environment and health and offering them incentives to better the quality of lives. One would have thought that programmes of this kind would be hailed by the communists, but that has not happened. The spokespersons of these two parties have been consistently running down the Mudra Yojana and all other schemes meant exclusively to better the lives of the poorer classes, simply because they were launched by Prime Minister Modi and he is the driving force to ensure their completion within the shortest possible time. The election results show that this kind of negativity has not gone down well with the people.

There are many other factors which have rendered the two communist parties unpopular. The first of these is their approach to secularism. The two parties have moved far away from the Shah Bano days when Somnath Chatterjee, Saifuddin Choudhury and several others took on the Muslim clergy and strongly opposed the Rajiv Gandhi Government’s decision to bring in a law to prevent Muslim women from taking benefit of a civil law and a Supreme Court judgement providing maintenance to divorced women. That was in 1986. However, over the last three decades, the Left has become the standard-bearer of the pseudo-secular brigade, become hostile to the Hindu majority in the country and is pretending as if radical Islam is not an issue at all. The most recent example of its contempt for Hindu sentiment is the way it handled the Sabarimala issue and encouraged individuals to deride Hindus, their customs and way of life. Where will they go from here? Will they do what the British Labour Party did some decades ago and change the way they think and work? If they again turn left, it’s a dead-end. If they turn right, they will cease to be left! Where are they headed? The nation wants to know.