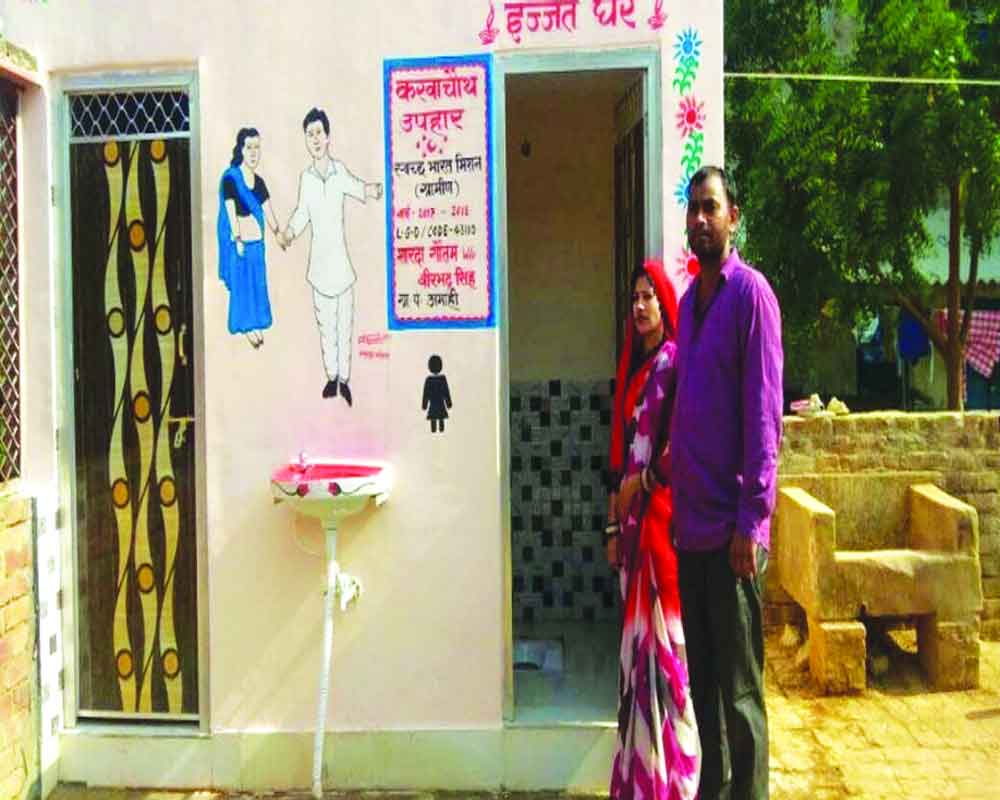 Sometimes, ticking off boxes for the heck of it is a lot about missed opportunities. And except for self-gratification and a willing suspension of disbelief, there are no other takeaways. So though Prime Minister Narendra Modi announced that 99 per cent of villages in India had declared themselves open-defecation free (ODF), neither he nor us can overlook ground realities. While the ODF goal has got Modi acclaim for “investing political time and efforts” in issues pertaining to health and sanitation, without actionable intent or neat execution, we cannot claim the next level of the human development index. What else can explain a recent incident in Madhya Pradesh’s Shivpuri district, where two children were beaten to death for defecating in the open? Simply because they couldn’t make a pretty picture as their family couldn’t afford a toilet, still a luxury in outlying fringes of the hinterland. Besides, though the panchayat had sanctioned building a toilet in their home, the sarpanch stalled it over ego and caste issues. As Dalits, they are proscribed from pursuing activities reserved for other castes. Incidentally, the village had been declared ODF-free by the Government. And what of the homeless, an estimated 90 lakh of whom are too scattered or are forced by circumstance to avail community toilet facilities? As a result, they are compelled to look for an abandoned terrain where they can answer nature’s call. Then there are the many puritanical taboos in remote pockets where people consider toilets as impure and, therefore, best confined outdoors. There have been umpteen instances of how newly-built toilets have been converted to granaries or storage rooms because of a social psyche. Yet on paper, all such houses are considered as having toilets, a key criterion for labelling a village ODF. Often this entry is made after a “work done status” without anybody cross-verifying if they are indeed being put to good use.

These instances bring to the fore the many challenges that mar the viability of an important scheme that has so far at least managed to get a conversation going on sanitation standards, mainstreamed toilets as a social enterprise and convinced people about the end-use. Its pursuit should not be hasty but multi-pronged. There should be no rush for a tag until all parameters have been met. For example, the lack of water supply is the biggest hindrance to any clean drive. There is still insufficient knowledge about how to manage the faecal sludge in pits and sewer tanks, dispose it in the absence of an outlet or convert it to manure and biogas. In other words, a sanitary sub-structure that has been mandated by the Jal Shakti Ministry needs to be completed as a second-tier plan before we pin convenient tags. With the Government emphasising the construction of twin leach pit toilets, which can address the issue to an extent, only 30 per cent of our total toilets are of this variant. Sludge management itself is a complex procedure involving five stages: Containment, desludging, transport, treatment and reuse/disposal. To compound the problem, most States do not have sufficient sewage treatment plants (STPs). If the Government doesn’t want to live with another unfinished agenda, then it needs to first ensure a forward linkage of waste management and a uniform protocol that will help it bring about attitudinal change. Rather than forcing the pill down people’s throats, the desirability of a toilet must be fed into their minds with equally aggressive awareness and implementation drives. If we celebrate too early on the basis of numbers, which can be tweaked to suit one’s agenda by just changing the benchmarks of accounting, then we would look like a winner no doubt. Dangerously, it lulls us into a sense of achievement and officials move on to the next mission. Unless we want the muck to hit the fan, we must desist from grand declarations. Because you cannot hide certain truths, simply because they show up.