The suspense over Assembly polls in three States deepens

The suspense over Assembly polls in three States deepens 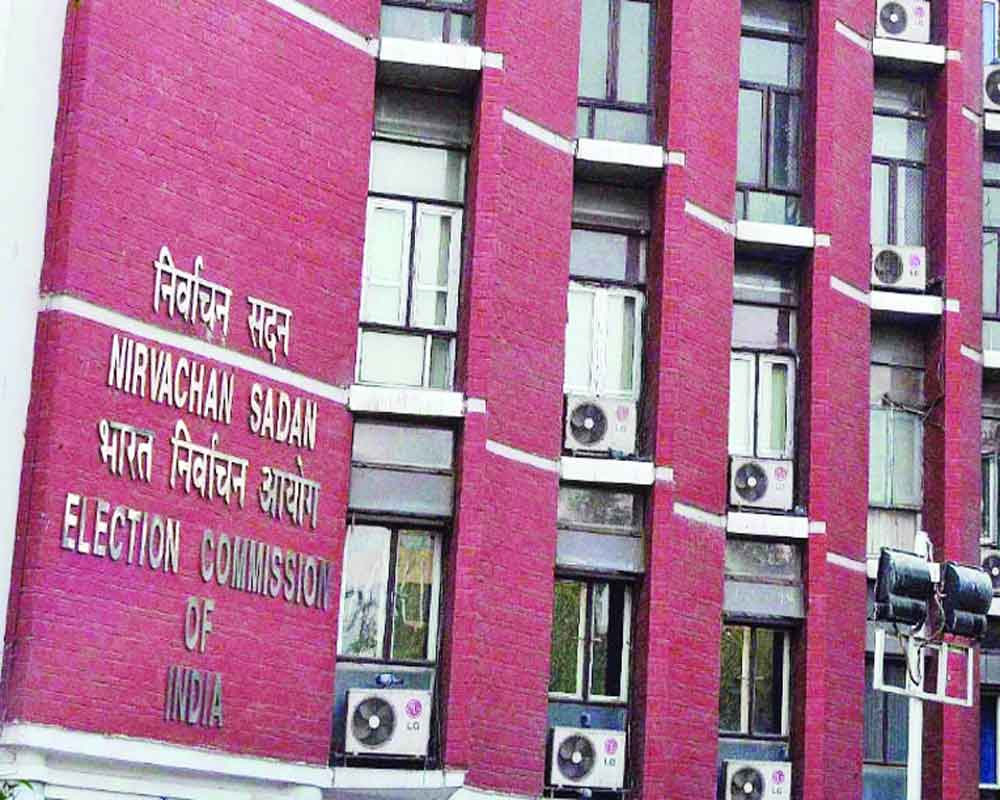 It is not clear yet whether Maharashtra, Haryana, and Jharkhand will go to the polls along with the Lok Sabha Elections or would hold the Assembly polls on schedule. The Election Commission has clearly stated that it is reviewing the preparations for the Lok Sabha polls and has no plans for the Assembly Elections

However, if the State Governments dissolve their Assemblies, what will the EC do? In these three States, the BJP is in power and if any Assembly is dissolved, it will mean that the BJP wants to hold the Assembly and Lok Sabha polls simultaneously. Many BJP leaders say that in the post-Pulwama scenario, if both elections are held simultaneously, the BJP will benefit. They are of the view that the party will also reap the benefits of the Pradhan Mantri Kisan Samman Nidhi scheme and tax rebate.

On the other hand, some leaders believe that the BJP could face the anti-incumbency factor of States in the Lok Sabha Elections, which is why they are against simultaneous elections. They say when the Maharashtra and Haryana Assemblies can last till October, and the Jharkhand Assembly till December, why sacrifice the Governments eight to 10 months in advance? At this time, one must remember the experience of Haryana’s former CM BS Hooda. In 2005, the Congress had more than two-thirds majority, but when Hooda went for early elections in 2009, the party faced a loss of at least 30 seats and had to take the support of Independents.

In Haryana and Jharkhand, the BJP has its own Government and doesn’t have to worry about alliance partners, but there’s the Shiv Sena in Maharashtra. If the Sena becomes adamant, the elections will have to be held simultaneously. Though the Shiv Sena has not made any such demand for now. The party has also got one extra seat for the Lok Sabha.

On the other hand, the EC doesn’t have much time left for preparations. That is why the BJP leaders in the three States are at ease as they feel that the Assembly polls will be held on schedule.

MANY PARTIES AGAINST CMP

When the Opposition parties held a meeting in Delhi, they agreed to prepare a Common Minimum Programme (CMP), a document outlining the minimum objectives of a coalition Government in India. All other parties had authorised the Congress for this and had planned another meeting. But sources say that many parties are not ready for a CMP, and think there is no need for it before elections as all parties will fight on their own agenda. Generally, a common manifesto is prepared before elections, and after elections, alliance parties prepare a CMP. On this basis, many parties are opposing the CMP before elections. The CPM leader Sitaram Yechury has vehemently opposed the idea and raised several questions. Leaders of other parties also agree with him, saying when the parties will fight each other, what is the significance of a CMP?

It is noteworthy that in West Bengal, the Congress and Left Front will fight together against the TMC and BJP. In UP, the Congress will fight against the SP-BSP alliance. Barring three or four States, most parties will compete against one another elsewhere, rendering the CMP meaningless. There is a possibility that in the next meeting, the Opposition parties might forego the decision to prepare a CMP. If parties come together after the announcement of elections, a common manifesto could be announced.

Hence, Ambedkar has announced the names of 18 candidates, saying he wouldn’t take any of them back. Not only this, his party has forged an alliance with Asaduddin Owaisi’s AIMIM. The two leaders will try to take the Dalit and Muslim votes with them, and this is bound to make a dent into the votes of the Congress-NCP alliance. There is buzz that Raju Shetti’s party, Swabhimani Paksha, might also go with them as he is not happy with the seats offered to him by the NCP and Congress. The Congress leaders are confident that they can persuade Shetti to join their alliance. The last time around, Shetti had gone into the fight with the BJP.

The Congress, not the BJP is the bigger enemy for Delhi CM Arvind Kejriwal as he is apprehensive that Rahul Gandhi’s party might stage a comeback in Delhi. If Muslim and migrant voters return to the Congress, Kejriwal will be pushed to number three, where the Congress was placed after the last Lok Sabha Elections. He is also worried about the fact that if he goes into an alliance with the Congress, his party would weaken and his image in the party will also take a hit.

So, he wants to show that he is eager to go into an alliance with the Congress, but the Congress is not willing. He has put up posters and hoardings all across the Capital, asking people to vote for AAP to defeat the BJP. Gauging his strategy, Sheila Dikshit had said that Kejriwal has not once approached them to discuss the possible tie-up. This was followed by Kejriwal’s next move — pushing the issue of full statehood for Delhi. This is a long-standing issue raised by both the Congress and BJP. The party, which is out of power, demands full statehood for Delhi. This is the first time when the ruling party is demanding it, and both Opposition parties are saying that this is not possible.

As a matter of fact, full statehood to Delhi could be tricky. It is in Delhi where stand the residences of the President and Prime Minister of India, as do various offices of the Central Government, buildings of other States, as well as embassies of other countries. So, some of the rights must rest with the Centre. Kejriwal is well aware of this fact, but knows that in the upcoming LS polls, he can save his position only by stirring the pot.