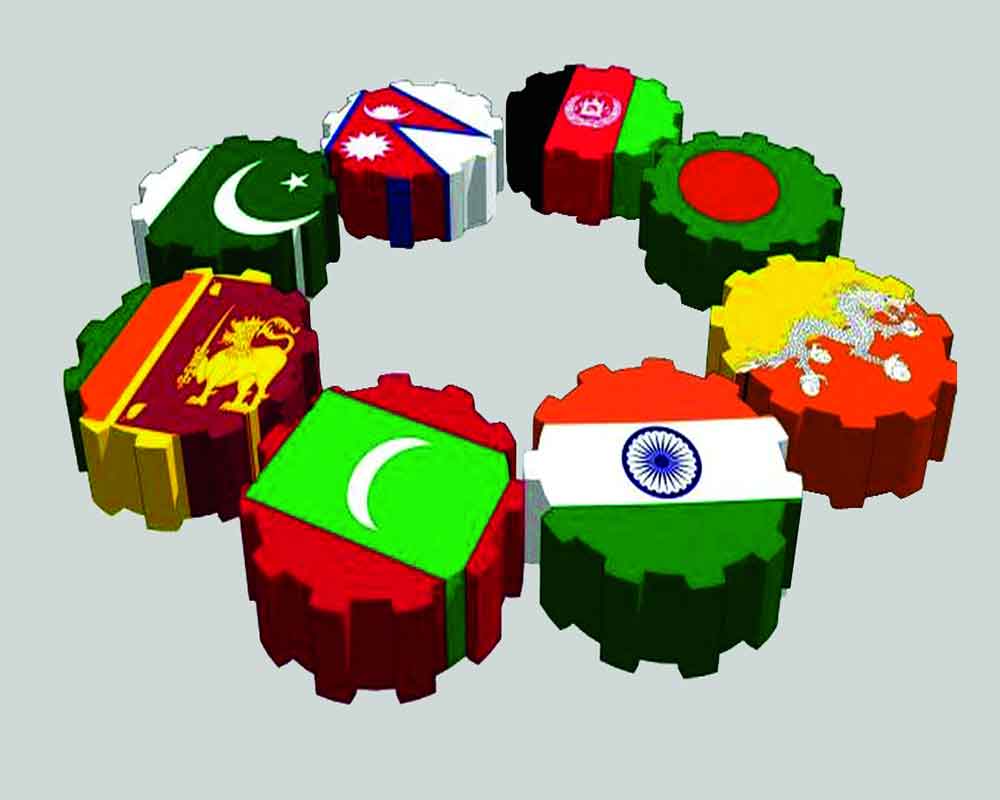 I welcomed this timely forum. Afghanistan, a country-participant and member-State of SAARC, has long been advocating for an acceleration of regionwide efforts to jump-start the process of regional economic integration. Doing so can indeed be a catalyst for the sustainable development of all South Asian nations, which hold so much promise in terms of both natural and human resources that should be harnessed for lifting the whole region out of poverty, disease, environmental degradation, and other challenges that directly feed terrorism, extremism and criminality in the region.

At the same time, regional economic integration remains the only option for addressing the long-standing, protracted interstate tensions in South Asia. We know this from the bitter experiences of Europe during the 18th, 19th, and early 20th centuries, where the pursuit of zero-sum foreign policies and militarism eventually led to the utter destruction of the whole continent in the two world wars.

But, in the wake of World War-II, Europeans realised that what unfortunately remains the status quo in South Asia would no longer serve their shared best, long-term national security and economic interests.

That is why they gradually but steadily moved toward long-term economic integration, which they understood could help address their short and long-term human and protective security needs, which were increasingly intertwined. Those needs could no longer be ensured by the pursuit of the same zero-sum approaches that caused two devastating wars.

These harsh experiences and Western Europe’s resulting adoption of a common economic market soon, began inspiring other regions of the world to form such regional groupings as the SAARC, the Association of Southeast Asian Nations (ASEAN), the Eurasian Economic Community (EEC), the North American Free Trade Agreement (NAFTA), the African Union (AU), and the Union of South American Nations (USAN), to name a few.

As we know, however, not all these regional groupings have achieved their dream of meaningful economic integration on a par with Europe associations.

SAARC stands out in having lagged far behind others because two of its key member-States remain hostile to each other. This continues to hinder efforts by the other member-States, including Afghanistan and Sri Lanka, to make steady progress toward regional economic integration, which underpinned the vision and mission of SAARC when it was established in 1985.

We strongly believe that the replacement of confrontational policies at the regional level, with those of cooperative, win-win partnerships would gradually minimise the existing interstate tensions in South Asia. And this would enable SAARC to realise its vision, knowing that South Asia is an extremely young and naturally-endowed region where our youths demand jobs and a secure future in a common, interdependent neighbourhood.

Indeed, this won’t come to pass unless South Asian Governments learn relevant lessons from pre and post-war Europe, that would encourage them to make tough but necessary policy choices against the status quo for achieving shared peace and prosperity across the region through economic integration.

The Government of Afghanistan has done its part and continues to do so. Despite the imposed security challenges the nation is facing, Afghanistan  has put forth a strategic solution for adoption and implementation by its near and far neighbours: The Heart of Asia–Istanbul Process (HOA-IP) on Regional Security and Cooperation for a Secure and Stable Afghanistan and the Regional Economic Cooperation Conference on Afghanistan (RECCA). These Afghanistan-led processes were established to help secure regional cooperation for Afghanistan’s stabilisation and sustainable development, thereby ensuring regionwide stability and prosperity, which SAARC strives to accomplish.

Even though HOA-IP and RECCA remain underutilised so far, it is in the best short and long-term interests of the countries — including India and Pakistan — that participate in the two processes, to achieve the shared goals of the two platforms. Of course, every tangible step they take to utilise these interconnected processes will help minimise their own and other nations’ security and socioeconomic vulnerabilities against the terrorist-extremist-criminal nexus that  victimises Afghanistan more than any other country in the region.

This constructive thinking underpins our growing ties with the friendly Government and people of Sri Lanka, with whom Afghanistan shares an ancient civilisation.

Since I took up my assignment as Afghanistan’s Ambassador to Sri Lanka last year, we have worked to further expand our bilateral relations with a focus on promoting full-spectrum connectivity that builds deeper economic, defence, cultural, and people-to-people ties between Afghanistan, Sri Lanka and the rest of South Asia.

In this light, we have met with numerous businesses, including members of Sri Lanka’s chambers of commerce, to discuss the vast bilateral trade potential that needs to be realised.

This step, together with our bilateral air services agreement, should facilitate the establishment of a direct passenger and cargo flight between Kabul and Colombo. When this happens as one of the country’s key goals, Afghans and Sri Lankans should be able to reconnect with their shared heritage through tourism, trade, investment, education and cultural exchange.

And this necessary connectivity will undoubtedly benefit the rest of South Asia where the challenges that face our nations and the opportunities that we must exploit to our shared advantage are increasingly intertwined. That is why others in the SAARC should consider doing away with the prevailing zero-sum approaches and join Afghanistan and Sri Lanka to operationalise the vision of SAARC for the common economic benefit of all of its member-States with increased interdependencies.

(The writer is the Ambassador of Afghanistan to Sri Lanka, as well as a Senior International Security Fellow at the New America in Washington-DC)