Time to stand up for real

Time to stand up for real 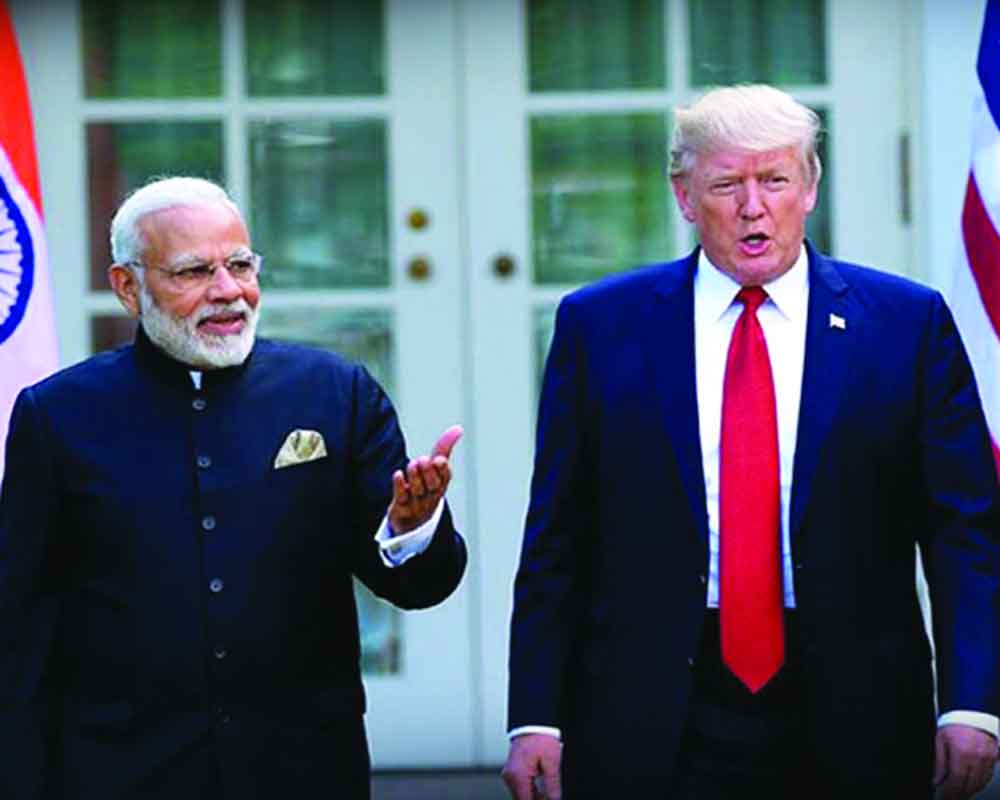 While Modi’s first term performance may be open to debate, what the current victory has done is to highlight the fact that he can no longer get away by foisting the blame on his predecessors

Prime Minister Narendra Modi’s recent electoral victory can be clearly attributed to two essential arguments that he was able to sell successfully, no matter how cosmetic the value. First, that the Bharatiya Janata Party (BJP) was a party with a difference when it came to matters of honesty and integrity. Second, it was not a family concern and had no place for dynasts. Without any doubt, the Congress and some other Opposition parties are facing an existential crisis, having been voted out of power earlier for corruption and now because the voter has made its distaste for family-run concerns pretty obvious, especially given the rather underwhelming performances of some of these very “families.”

Unfortunately, if we go beyond the superficial, the reality on both counts is quite different. As the Report by the Association for Democratic Reforms makes it quite clear, as per their own declarations, the average assets of those in the Union Council of Ministers is Rs 14.72 crore, while 22 (39 per cent) of them have declared criminal cases against them, of which 16 Ministers have serious criminal cases pending. As a matter of fact, of its 301 members in the Lok Sabha, 116 have declared criminal cases pending, just marginally better than that of other parties and certainly no indication of either honesty or integrity.

Moreover, despite its claims to the contrary, the BJP is really no different from the family concerns that it so disparages. It, too, is run by an extremely small and close-knit “family”, albeit not related by blood, in which other leaders are treated more as bystanders or retainers.

While Modi’s performance in his first term may be open to debate, what the current victory has done is to highlight the fact that he can no longer get away by foisting the blame for the prevailing difficult security, social, economic or law and order issues on his predecessors, something he had turned into a fine art then. And immensely challenging task is at hand for the Government with the economy being in the doldrums, foreign investors jumping the ship, the security environment far from being conducive and the country’s foreign policy has just been upended by the actions of US President Donald J Trump. These problems, however, pale in comparison to the fact that the BJP’s credibility rests solely on the popularity that Modi enjoys and without him, it is likely to flounder very quickly.

Interestingly, his popularity depends significantly on the larger-than-life image he has been able to generate as a leader, who is not only seen as strong, bold, pragmatic and decisive but also a very capable administrator, who is forward thinking and empathetic. While much of this is a carefully tailored media creation, the latest being his participation in a survival-based reality show, similar to what Russian President  Vladimir Putin puts on, his inability to fully live up to the image he projects is quite evident.

Take foreign policy for instance. No Prime Minister, other than Pandit Jawaharlal Nehru, has devoted as much time and effort to foreign policy as Modi has done. He has been travelling much of the world to raise India’s stature within the international community. Yet, in our own neighbourhood, in Afghanistan, where the Taliban is on the ascendancy, Modi’s influence is as good as non-existent and we find ourselves discarded by the wayside.

For us, Afghanistan’s importance is in the access it provides to the  Central Asian Republics through the Iranian port of Chabahar. By succumbing to American pressure over sanctions against Iran, we have dealt a mortal blow to our Chabahar initiative and hope of access to those Republics. Similarly, the re-emergence of the US-Pakistan relationship from the shadows has once again derailed our efforts to isolate Pakistan internationally, a key strategy in Modi’s Kashmir policy.

Clearly, tilting towards the US has not been without adverse consequences, and despite all the rhetoric and posturing, in his dealings with both the US and China (remember the Wuhan Summit?), Modi has emerged as a weak and pliable leader, unable to stand up for what is obviously in our national interest.

There is a similar disconnect with regard to our internal security issues as well as our military capabilities. Regardless of whether the Balakot episode should be seen as the “new normal” or not, our Kashmir policy has not made much headway, especially given the increase in popular discontent within the Valley. While levels of violence have been contained, for the present, the Central Government has made little effort to push for an equitable political solution that can help negate insurgency. Of  course, one may well be proved wrong with the recent induction of a hundred companies of the Central Armed Police Forces (CRPF), ostensibly to strengthen the counter-insurgency grid. This seems odd given that there are more than adequate troops already available in the sector. This action may well herald a serious effort to break the political deadlock. We will have to wait and see as to the manner in which the situation develops in the coming days and months.

In this context, it is also worth repeating that while much is made of cross-border terrorism, even at the worst of times, foreign militants have played only a marginal role in the ongoing insurgency. While we must stay alert to avoid a Kargil repeat, we have to focus inwards. In addition, while the issue of funding of separatists by Pakistan receives enormous media attention, we refuse to acknowledge the bigger problem of domestic financing. Surely our intelligence agencies and the security establishment are quite aware that the militant groups corner a percentage of all Government contracts and developmental funds in Jammu & Kashmir.  This is what makes the business of insurgency tick and what the Government needs to tackle.

Finally, where this divergence between fact and fiction is most notable is in the Prime Minister’s dealings with the military. In these past five years, he has made much of the military publicly, even constructing the long demanded National War Memorial in quick time. Undoubtedly, as it is generally accepted, his electoral victories also owe much to the “surgical strikes” undertaken by the military. While scarce budgetary support for defence is understandable, given our difficult economic situation, what is utterly incomprehensible is the fact that the Government spares no effort to demean, degrade and demoralise our forces.

Examples abound and are well known to bear repetition, with the latest example being the manner in which a modified form of One Rank, One Pension (OROP), given by this very Government with much fanfare, is in the process of being gutted. The problem for the Prime Minister is that he can’t be all things to all people. More importantly, we the people deserve to know what exactly he stands for? So, will the real Modi please stand up?

(The writer, a military veteran, is a consultant with the Observer Research Foundation and a Visiting Senior Fellow with The Peninsula Foundation, Chennai)