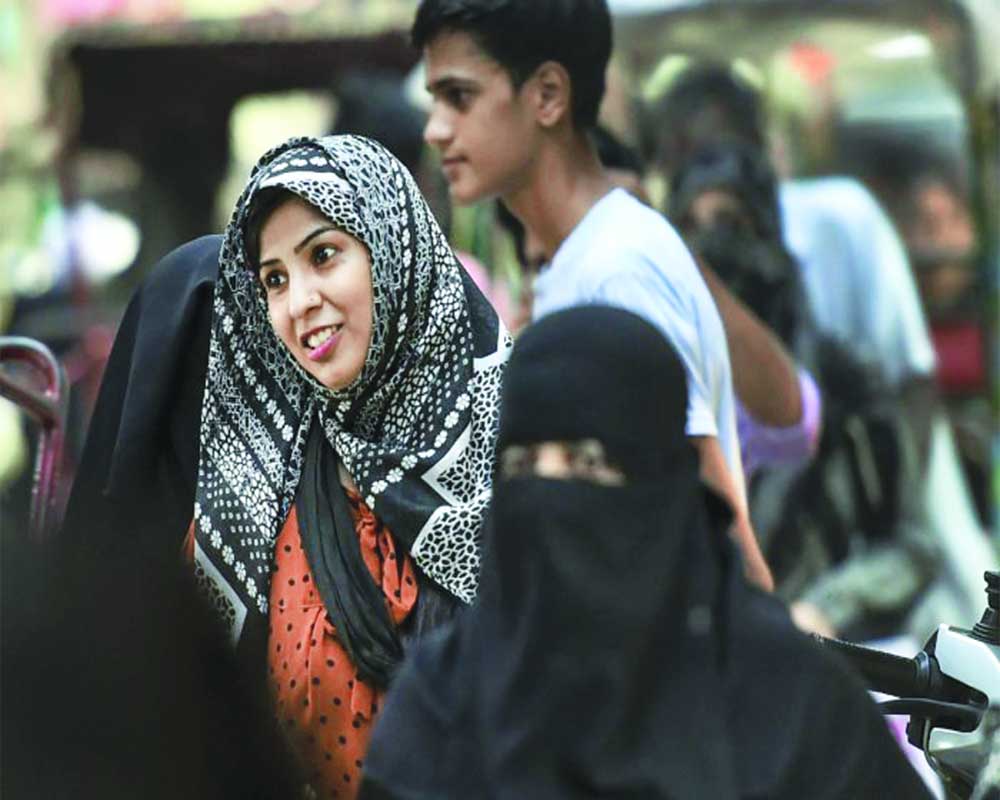 The new legislation is a great opportunity to think of education that can nourish and nurture mutual understanding among people, religions and communities

It was indeed revealing to observe the defenders of triple talaq making pathological attempts to overcome the embarrassment they now face all around after the passage of a Bill, which makes it a criminal offence. Not that they have totally lost on logic and reason, certain elements among them stand decimated even in basic political acumen and comprehension. It is not that only Muslim women are happy and relieved, their sisters from other religions are equally happy for them. Celebrations were multi-religious and this is indeed a encouraging sign. What should have really happened after the Shah Bano judgement of 1985 was delayed because of short-sighted political vision of vested interests. The damage to the Muslim community was indeed immense and immeasurable. Never before were the much-hyped secular credentials so openly exposed before the people of India.

It will be needless to recall the numerous instances and efforts to misuse the concept and practice of “secularism” as these are widely known to the people. It is, however, worthwhile to recall that the makers of the Indian Constitution probably had the premonition of the shape of things to come. Because of its possible misuse, they did not feel the need to put the term “secularism” anywhere in the text of the Constitution. They knew that the Indian culture was secular; people lived all the years with full respect for diversity of varied kinds, including religious diversity. After 1967, political morality in the country underwent a sea-change, culminating in the imposition of Emergency in June 1975. The term “secularism” was introduced in the Preamble to the Constitution only in 1976, during Emergency, and approved by Parliament.

Even then, one must concede, the Hindi term panthnirpeksh was approved and not — repeat not — dharamnirpeksh, as is being frequently used by politicians, who had and still have, all the intentions to use “secularism” politically. There is a huge distinction between the two terms. The major blame to engineer and create entrenched divisions between Hindus and Muslims and also within different communities in each of these religions must be shared by leaders, who touted for decades together that they were the only defenders of “secularism” (read Muslims). They knowingly created distrust and apprehensions between the two communities. The nation, including a vast majority of Muslims, now understands the politics behind the convoluted interpretation of “secularism” and based upon that, its sustained and unscrupulous use to widen the divide between the two major religions. As they say, the cat is out of the bag and the mischievous strategy has backfired.

In the political firmament of the day, those who believe in change and are willing to grow up and grasp public mood have shown in the Rajya Sabha that India is changing for the better. The machination to use “secularism” as a tool to keep Muslims of India away from the mainstream is no longer acceptable to the community. It has learnt from experience and more so from the fate of hollow promises made to it, which never fructified. Muslims have now geared up to embrace the new world of education and knowledge, of social reforms and cultural dynamism. They are ready to eliminate practices lie triple talaq and Halala and would succeed in doing so in spite of certain elements within the community trying their best to subvert the process of inevitable change. The majority community — the Hindus — too underwent a similar transitional phase.

Such a change is invariably tedious, slow and even painful. A personal recollection would be pertinent to illustrate the point.  Some five decades ago, when the police intervened in a case of child marriages and dowry in a village in Central Uttar Pradesh, animated discussions on the issue followed for months together among villagers — of both communities. They were not highly educated intellectuals but simple village folks, who had “learnt to live together.” The general refrain there was “why should there be any interference from the Government in matters that are purely personal, of mutual concern and interaction between two families?” There were many, who waxed eloquent and misled their fellow men and women that these are matters of religion. It is worth a million experiences how at this stage, those very people are thankful to the legal provisions banning dowry and child marriage. Social transitions are indeed daunting and not easy to undertake.

Then there are always elements, who relate every practice, ritual or an ill-conceived belief to religion. They mislead people to serve vested interests. These days such elements are overshadowed by politicians. Every Indian knows how leaders of all hues are always on the lookout to trigger communal conflicts that inflict unfathomable misery on families and dent the fabric of social cohesion and religious amity.

While a lot is being discussed about how the triple talaq Bill will impact Muslims, one would like to give some thought on how the passage of the Bill is an occasion that offers great opportunity to strengthen our social cohesion and religious amity among all Indians. This has been of considerable concern to one and all — Hindus and Muslims. How long shall the two communities depend on Government and local police and not think of

creating strong and impregnable social interactive frameworks that would not permit the cunning politician to exploit any one of them? Dowry, child marriage and divorce are unacceptable among civilised people and there can be no exceptions. Legal provisions are necessary and can be of great support to social initiatives. These can certainly be minimised. Legal provisions are necessary — though not sufficient — they are useful deterrents that can be of support and assistance in extreme cases. These are particularly necessary to deal with anti-social elements that resist positive change.

The passage of the triple talaq Bill is a great opportunity to think of education that would nourish and nurture mutual understanding among the people, religions and communities.  The debate on the Bill offered a rare chance to certain well-known self-proclaimed secular political outfits to make mid-term correction in their approach and attitude towards real “secularism.” They must realise that their political survival is linked to public assessment and the same is no more in their favour. They themselves are responsible for their decimation.

What must worry them the most is the fact that Muslims have shown how hollow their proclamations were as they proclaimed to be the only well-wishers of the community. The party in power has done its homework, has certainly created a niche for its

sincerity among Muslim men and practically the entire women population of India, irrespective of religious affiliation.

Everyone is happy for their Muslim sisters. While the spread of education among the Muslim community has been slow and scattered, it has created an enlightened group of young people, who think of future in a globalised world. They are conscious of their responsibility to the community and are aware how the acts and activities of certain internal elements lead to avoidable apprehensions about religion. They know how urgent it is to project the right picture of Islam. They know that it would be feasible only when the educated and devoted within the community initiate all-out efforts to spread education.

People across religions now want to educate their children — both boys and girls — without gender distinction. Not only education, they all want “good quality education, useful skills in a good school”. This is a great change from the 1950s and 1960s of the last century. People perceive education as an agent of social and economic change and transformation. Education in India has to confront innumerable problems and supportive inadequacies but it is the responsibly of the nation to offer education that empowers, prepares young men and women, who are committed, competent and imbued with values to serve their fellow men and women.

The content and process of education is to be so designed that right from the sensitive initial years in school, it nurtures the values of respect for diversity of every conceivable variety. In India, practically every classroom is a multi-religious interactive opportunity. Further, every teacher has studied in a multi-religious environment and now teaches in a similar environment.

Why should every child not know about the basics of the religion of his/her neighbour? Why should they not know how that every religion respects women and that as they grow up, they must strengthen it. The triple talaq Bill reiterates the determination of the nation that women must be respected, given their due by one and all, and in doing so, there can be no discrimination of any kind. India is in the process of finalising its National Education Policy. This is the best opportunity to ensure that due emphasis is given both in content and pedagogy on gender justice.