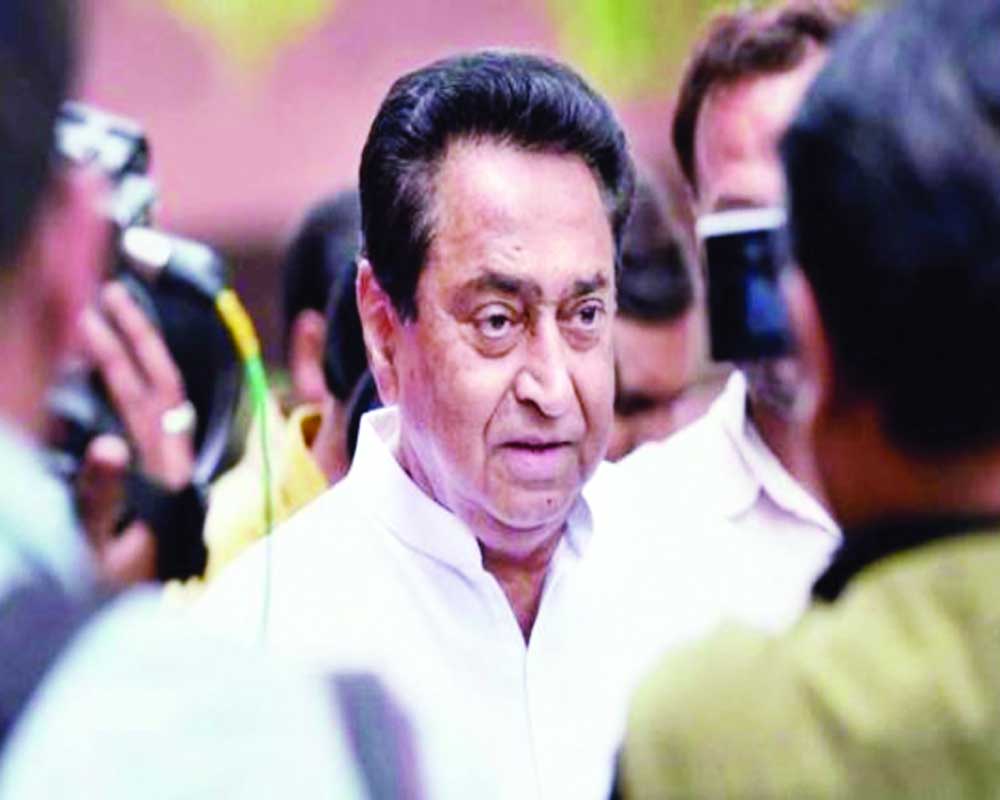 Trouble continues to brew for the Congress in Madhya Pradesh with Chief Minister Kamal Nath now in the line of fire as the Union Home Ministry has decided to re-open seven cases pertaining to the 1984 anti-Sikh riots. More than 3,000 Sikhs were burnt alive in Delhi after the assassination of then Prime Minister Indira Gandhi and Nath’s alleged offence, which has also been testified by several eyewitnesses, was of giving shelter to five persons who were accused in one of those seven cases. It may not culminate in a harsh decision but could be enough to trouble a sitting Chief Minister. Besides, the wily politician that he is, Nath has been able to hold off his involvement in the case, mostly on the ground that there was no FIR against him and the Nanavati Commission had exonerated him. So though nothing new, the move will certainly cost him in terms of perception value, coming as it does close on the heels of a host of raids by investigating agencies and income tax department and the subsequent arrests of prominent leaders from the Congress, especially those with organisational strength and crisis management skills. Less than two weeks after the theatrical arrest of Chidambaram, Congress’ financially strong and popular leader DK Shivakumar, too, was put behind bars in connection with a money laundering case. And whatever the political motivations, every party executes the idea of effecting retributive justice as a way of pressuring the Opposition camp. So this heat was but expected, considering the Madhya Pradesh Government is just surviving on a wafer thin majority and the opposition BJP, much like Karnataka, cannot forget the humiliation of losing a 15-year-old stronghold and is hell bent on toppling it.

Nath is being cornered from all sides, both within his party and outside and the Congress’ master strategist suddenly finds himself in a cleft stick. Even if the riots case doesn’t hold water, the Enforcement Directorate (ED) has him in a bind as it arrested his nephew in connection with an alleged bank loan fraud case involving Rs 354.51 crore. To make matters worse, internal dissension between the old and new guard has put him in a precarious situation.  With Nath holding the dual charge as the Chief Minister and Pradesh Congress Committee (PCC) president, the ambitious young brigade, helmed by Jyotiraditya Scindia, is staking their claim at leadership, considering he, too, has authored the party’s win in the Assembly election last year. Sonia Gandhi may have returned as party chief but in keeping the loyalist old guard like Digvijaya Singh and Nath happy, she is risking a rebellion and worse, possibly defection, by the Scindia camp. If some dissenters play up the riot case charges, she will have little option but to distance herself and delink Nath from the Congress dole of privileges. In fact, his swearing-in ceremony as Chief Minister was held amid protests by Sikh groups demanding his resignation. The problem is that Nath has been reining in his numbers despite the BJP’s persistent poaching attempts since last December. But now with Scindia’s challenge, Nath suddenly finds himself among enemies within and without. Congress veterans must realise that the old days of the protectorate are all but over.