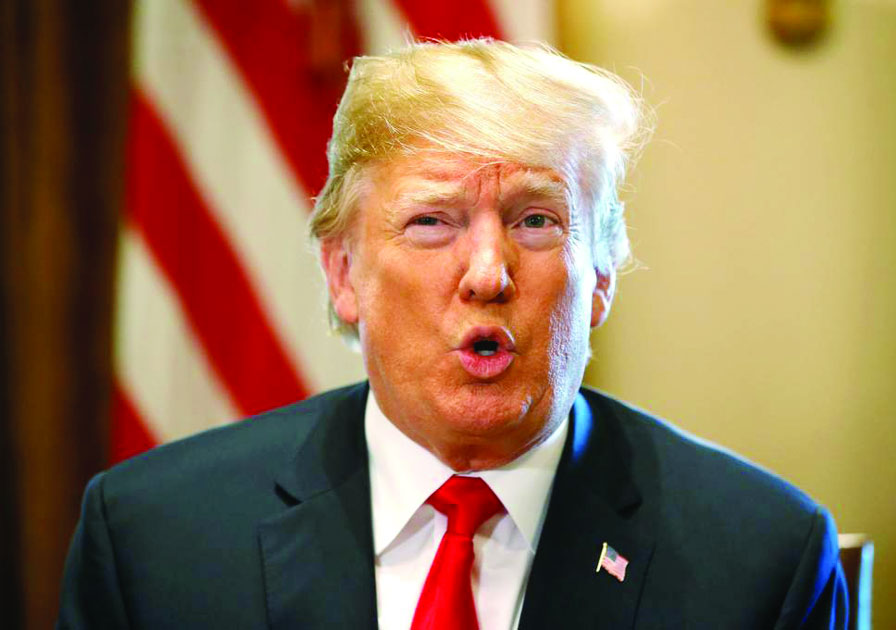 Trump's war on nations with high tariffs had to hit India hard. This is yet another priority issue for the next Government

Wilbur Ross is a big believer in the India story and over the past decade has been a huge investor in many companies, most famously SpiceJet, which he effectively kept alive when it was floundering. However, now Ross finds himself in the employ of the United States’ taxpayers and his boss, US President Donald Trump, whose agenda, as we heard time and time again on his campaign trail, is to “Make America Great Again.” And one way Trump plans to make America great again is by imposing retaliatory tariffs on nations that have put up high barriers to US-made products. His first major target was famously China and while the US-China trade talks are ongoing, the Chinese are not exactly finding dealing with him and his negotiators easy. India should be happy that China is catching most of the flak from Trump because a few fusillades here, too, have hammered home hard. He has referred to India as the ‘tariff king’ and his comment on India’s import duties on motorcycles hit us so hard that the government promptly cut duties on imported motorcycles although Harley-Davidson, the company it was supposed to benefit really, didn’t see much progress in sales. Ross visited India, met all the top members of the Cabinet and expressed his displeasure at all sorts of moves by the Indian government, such as increased local sourcing that has impacted Flipkart, now owned by American retail giant Walmart and a data localisation rule that has MasterCard cribbing to all and sundry. However, as a long-time student of India, Ross knows that despite his meetings with Prime Minister Modi, Finance Minister Arun Jaitley and Commerce Minister Suresh Prabhu, things can’t change at the current time in the middle of elections. That said, by meeting senior members of the Cabinet, Ross also indicated the US belief that the current dispensation is coming back.

If that is the case, Narendra Modi should know that he has a Trump problem on his hands. While the US will enter full election mode for its 2020 presidential election in the next few months, India’s trade relations with it should not implode on higher tariffs. Besides, India knows that it has to at some stage return the US favour on the diplomatic front, the latter having prioritised its security concerns over those of Pakistan beside getting China to agree on the UN listing of Masood Azhar as a global terrorist. However, it must not do so at the cost of its national interests in commerce. It stood commendably firm in its caveat on capping prices for medical devices. Also, there should be some semblance of reasonableness in linking paring down tariffs at our end with theirs. Prabhu tactically did not take up the Generalised System of Preferences, which the US is withdrawing, and focussed on other areas of cooperation. Whoever has the hot seat next should also remember that Ross will not continue to hold the post  given the revolving door nature of the US administration. Also, with the US-China trade talks stalling, India appears to have found some extra time to plan a better negotiating stance. This time around it must use some of its better assets in industry and think-tanks in addition to bureaucrats to negotiate with Trump.