Wake up and smell the coffee

Wake up and smell the coffee 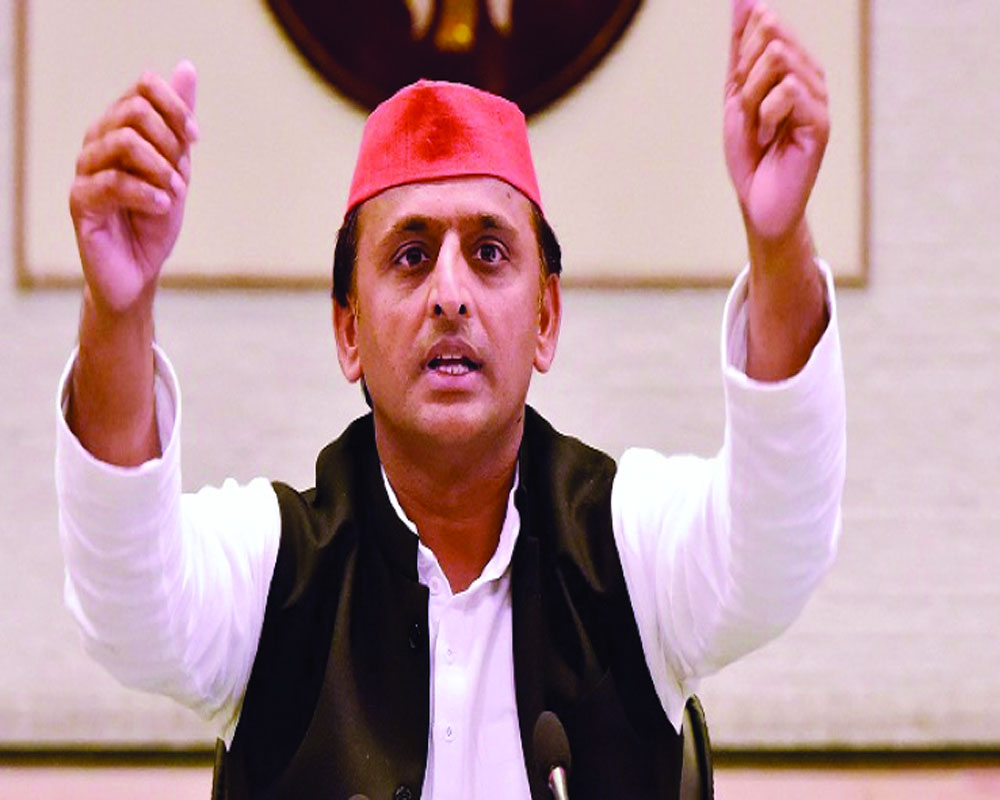 The dismal showing of the Samajwadi Party in UP has put Akhilesh Yadav’s leadership under the scanner. He has to re-unite factions and rebuild grassroots networks

In 2011, Samajwadi Party (SP) chief Akhilesh Yadav led a spirited campaign against the then Chief Minister of Uttar Pradesh and Bahujan Samajwadi Party (BSP) chief Mayawati. As SP president, he toured the length and breadth of the State — sometimes on cycle — calling the then BSP Government as one of the most corrupt regimes in the annals of Uttar  Pradesh. He even called it a pathar wali sarkar (a Government of stones) — an oblique reference to Mayawati’s penchant to build parks and statues. This mutual mistrust and antagonism was so deep-seated that the subsequent SP-BSP trust alliance always seemed cosmetic and superficial.

But before this misadventure, Akhilesh’s hard work bore fruit when in 2012, the SP won the Assembly elections in Uttar Pradesh with a huge margin. Mulayam Singh Yadav was then the national president of the party and he surprised all by projecting Akhilesh as the Chief Minister. At the age of 38, Akhilesh, then an MP, took oath as the Chief Minister on March 15, 2012. This, political pundits say, was the beginning of the new era in Yadav politics. Talks then centered around how Akhilesh, a foreign-educated young man, could transform the impoverished State, which is home to around 23 crore people, into one of the most developed States in the country.

People had pinned hopes on Akhilesh because of the legacy he carried. Son of wrestler-turned politician Mulayam Singh Yadav, it was believed that the young leader was well-conversant with political ups and downs. Mulayam was three-time Chief Minister of Uttar Pradesh besides being the Defence Minister in 1996 during the United Front Government. So, for Akhilesh, politics was nothing new. He had brushed shoulders with the high and mighty and was well-versed with every Machiavellian manoeuvre.

But the high hopes were soon dashed. First, Akhilesh failed to keep his family together. The way he carried out a bloodless coup, replacing his father with himself as national president of the party, did divide the party. Mulayam, after all, was the reason for SP’s claim to any sort of relevance. The rift widened so much that uncle  Shivpal Singh Yadav parted ways and formed his own party, the Pragatisheel Samajwadi Party (Lohia), which inflicted larger damage to the SP in three Yadav pocketboroughs of Kannauj, Budaun and Firozabad in the 2019 Lok Sabha elections. All old-timers in the party, who had build the SP brick-by-brick and whose advice was worth a pound of gold for Mulayam, were left ignored and their constituencies were taken up by the new blood.

The courtiers in Akhilesh Yadav’s durbar were rich, having no practical understanding about the ground realities or imperatives. They became the eyes and ears of the former Chief Minister. Such was their influence on Akhilesh that they started campaigning for the 2019 elections very late. Some even advised that campaigning through WhatsApp was enough because the SP-BSP alliance would fetch dividends as the arithmetic just would not fail. They argued that the battle was between 85 per cent (combination of Dalits, Muslims and backwards as represented by the alliance partners of SP, BSP and RLD) versus 15 per cent (upper caste), which would undoubtedly go in their favour.

One of the courtiers of Akhilesh Yadav had told this reporter poetically that the bouquet of caste in this alliance was spread from western Uttar Pradesh to eastern Uttar Pradesh and also had its footprints in Rohilkhand and Bundelkhand.

The just-concluded parliamentary poll results came as a rude shock to the mahagathbandhan as it stood completely decimated. In this ignominious defeat, however, the BSP can walk away with its head high — if one can say so — because the party won 10 seats where it had drawn a blank in the 2014 Lok Sabha election. But it is Akhilesh, who has to face the bigger question, because while his family members lost the election, he failed to increase his tally.

In the 2014 election, the SP had won a total of five seats — all the winners were from the family. Besides, Mulayam (who had won from Mainpuri and Azamgarh), other family members of Akhilesh, namely Dimple Yadav and his two cousins Dharmendra and Akshay, won the elections. In the bye-election after Mulayam vacated Mainpuri, another cousin of Akhilesh, Tej Bahadur, romped home. SP’s total tally further increased to seven after it won the bye-elections of Gorakhpur and Phulpur in 2018.

The defeat has raised many questions on Akhilesh’s leadership simply because it is the second time the SP has contested the election under him. As national president of the party, he had contested the first election in 2017. In fact, it was his idea to enter into an alliance with the Congress. His political acumen was even questioned back then because as a performing Chief Minister, who had  carried out a spate of development work, including the construction of the Agra-Lucknow Expressway, he did not need a prop. With the tagline of his campaign as ‘Kaam Bolta Hai’,  his inclination to go for an alliance with the Congress showed that he was unconvinced about his own work and did not have the stomach to drive hard political decisions or go it alone. In that election, the SP’s tally reduced from 226 to 47.

In 2019, again, he showed political nervousness and entered into an alliance with the BSP and RLD to contest the Lok Sabha election. Some termed it as the election story of 2019. The result, however, was pathetic. Akhilesh not only lost seats but his party’s vote percentage, too, came down. (SP’s vote percentage is 18 per cent while it is 19 per cent for BSP and 50 per cent for the BJP).

His father and the wily SP founder Mulayam had publicly said that Akhilesh had “lost half the battle” when the latter chose the politics of alliance. He had even admonished his son, saying that the SP was not battle-ready as it was relying too much on Mayawati whereas the BJP had started ground work almost a year ago.

Mulayam’s words have proved prophetic. The SP stands vanquished today, primarily because neither the Dalit nor the Yadav vote was consolidated enough to ensure transference to each other’s candidates. The results announced on May 23 punctured the invincibility argument and now the alliance stands exposed. The BSP, SP and RLD have around 39 per cent vote share while the BJP and its ally has over 50 per cent of the vote. This shows that the myth of castes moving at the diktat of leaders does not hold good anymore.

Akhilesh is standing at the cross-roads now. He is carrying the legacy of Mulayam Singh Yadav while the reputation of SP that senior leaders like Janeshwar Mishra, Rama Shankar Kaushik, Babu Lal Yadav, Md Azam Khan and Reoti Raman Singh had built through blood, sweat and tear is at stake. Uttar Pradesh has witnessed how Ajit Singh floundered the political legacy of Chaudhry Charan Singh. His politics of aaya ram, gaya ram and fondness to align with the ruling party has reduced the RLD to a political non-entity.

Akhilesh should take lessons from the failure of Ajit Singh. He should try for a reconciliation of the party and the family. The first step should be to hand over the baton back to Mulayam Singh Yadav. Shivpal Singh should be brought back and he should start touring the State. He should open his doors to the party workers. It is time for Akhilesh to smell the coffee or otherwise he could be heading Ajit Singh’s way.

(The writer is Executive Director [News] with The Pioneer, Lucknow)