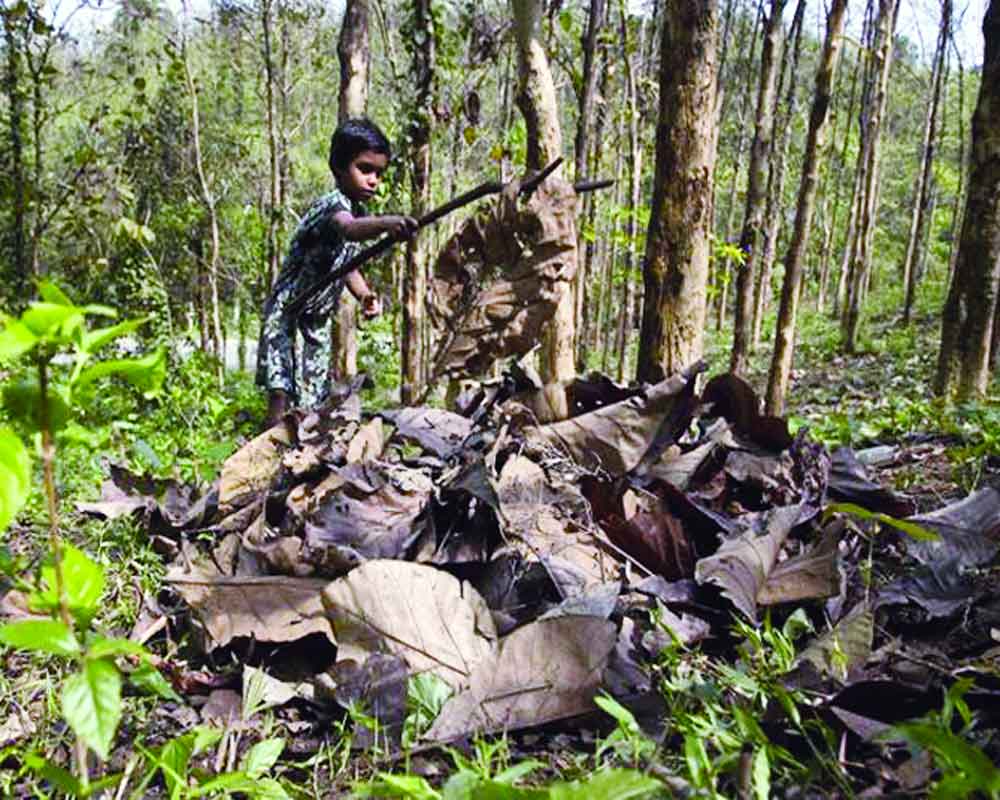 Current trends are such that they threaten the very survival of this planet. All political parties, not just in India but across the globe, must come together to reverse this situation

Several developments in various parts of the world today merit action which deviates from prevailing trends.  Often, these are the result of some crisis — anticipated or sudden — and require substantial correction of trends, which may lead to unfavourable or disastrous results. A good example of this is the substantial shift in policies and institutions that were implemented in 1991 when PV Narasimha Rao was the Prime Minister and gave Manmohan Singh a free hand and brought him in as the Finance Minister to bring about major changes, just as India’s economy was heading towards a catastrophe. That the unprecedented reform undertaken saved the situation and moved India to a growth path, which was healthy and robust, is now a matter of record. Fortunately, despite a few voices in the wilderness criticising these reforms, there was, in general, support from most political parties in the country.

Traditionally, when it comes to external relations, including global agreements, external trade relations and political relations between nations, the continuation of established policies generally gets bipartisan support. If we look back at the Marshall Plan implemented by the US, which provided $12 billion in 1948 (which was the equivalent of $100 billion in 2018), this measure was put in place by the then President Harry Truman, a Democrat, but with support from a Republican-controlled Congress. During the Cuban crisis at the peak of the Cold War, President John F Kennedy received unanimous support from the Republicans.  Similarly, when President Ronald Reagan was in office, his “Star Wars” programme perhaps received greater questioning from within the administration than from Democrats in Congress.

In India, during the Bangladesh war, Indira Gandhi as the Prime Minister received a huge measure of support from almost every party. Atal Bihari Vajpayee, a statesman, the parallel of whom we have not seen in this country, as president of the Jana Sangh, magnanimously stated: “The Prime Minister must now lead the country to total victory over the enemy. If the Government wanted to secure any more powers to handle the situation, this party would not hesitate to accord its fullest cooperation.”

A country like India and several others across the globe must now also consider and mobilise support across all political parties for unprecedented steps that are required to deal with trends, which threaten the very survival of this planet, the welfare of the least privileged and the destabilising disparities between a few rich people and a large ocean of impoverished masses. Clearly, the trends we see imperil our future and would, perhaps, need major shocks and disruptive actions because inherent in them is a future that goes against the stability of human society and the welfare of billions. Business as usual will, therefore, not work because the processes we see around us are rapidly moving us towards disaster. Some disruptive actions should, therefore, involve major shifts in policies and, perhaps, radical restructuring and reform of institutions.

Mahatma Gandhi was always critical of retaining the structure of the Indian Civil Service, which after independence, transformed into the Indian Administrative Services. Perhaps at that stage of India’s independence, there were few choices but to retain institutional arrangements that would ensure a certain amount of continuity and the maintenance of law and order. But the imperatives of balanced and rapid development require a major change in the structure, which has remained largely frozen since 1947. There are extremely bright and accomplished civil servants today, who are performing outstanding service for the country while dealing effectively with the baffling complexities facing Indian society. However, there is now a dire need for a system based on merit and some degree of specialisation with the induction of expertise that is in tune with the explosion of knowledge and technological choices evolving today. To this extent, the recent induction of nine people from outside the system as Joint Secretaries in the Government of India is a welcome development and if expanded appropriately, could result in transforming the current system into a dynamic meritocracy. With a continuation of the existing system that favours seniority over performance, India would miss the bus in every aspect of development.

Our institutions and structures were far superior to those of China 70 years ago but if we look at the global standing of universities and research organisations as well as the widespread capacity for innovation, China has outstripped us significantly.  This is certainly not the result of a unitary centralised system, but the application of specialised expertise in development decision-making at every level, whose relevance cannot be questioned. If we do not ensure a disruptive shift at the senior-most levels of Government service, individuals are likely to focus on seniority-based promotions, scarcely seizing exciting challenges, and performance will remain mediocre.

Today, civil service personnel have moved into major regulatory bodies, unaware of domain knowledge and are at the top in public sector units, universities, tourism departments and Ministries, which require an increasing level of specialised expertise. Some even chair religious bodies, unheard of anywhere else.

In this column earlier, reference was made to the hubris, which often overtakes people in positions of power. Some also develop extreme avarice in a system where the loaves of office can be grabbed in any position occupied by those without a genuine stake in success.

Whether it is restructuring of Government service to suit the challenges of the future, the formulation of policies that require a radical shift or totally different priorities for resource allocation, which deviate substantially from past trends and practice, we require all political parties to come together and move forward boldly with disruptive actions, where justified.

The choice otherwise may be to continue with trends of the past and only compound the rot that we see around us. If we want a secure future for human society and all species on this planet and if we do not wish to see a continuation of the trends which are creating disparities between the rich and poor, then sharp changes in direction are now overdue. India cannot tolerate the continuation of poverty and deprivation, which differs little from conditions, perhaps, in the 19th century under colonial rule. Our colonisers were banished over seven decades ago but the structures and systems, which characterised colonial rule, find reflection even today in our institutions and some who are responsible for running them.