What’s a degree worth?

What’s a degree worth? 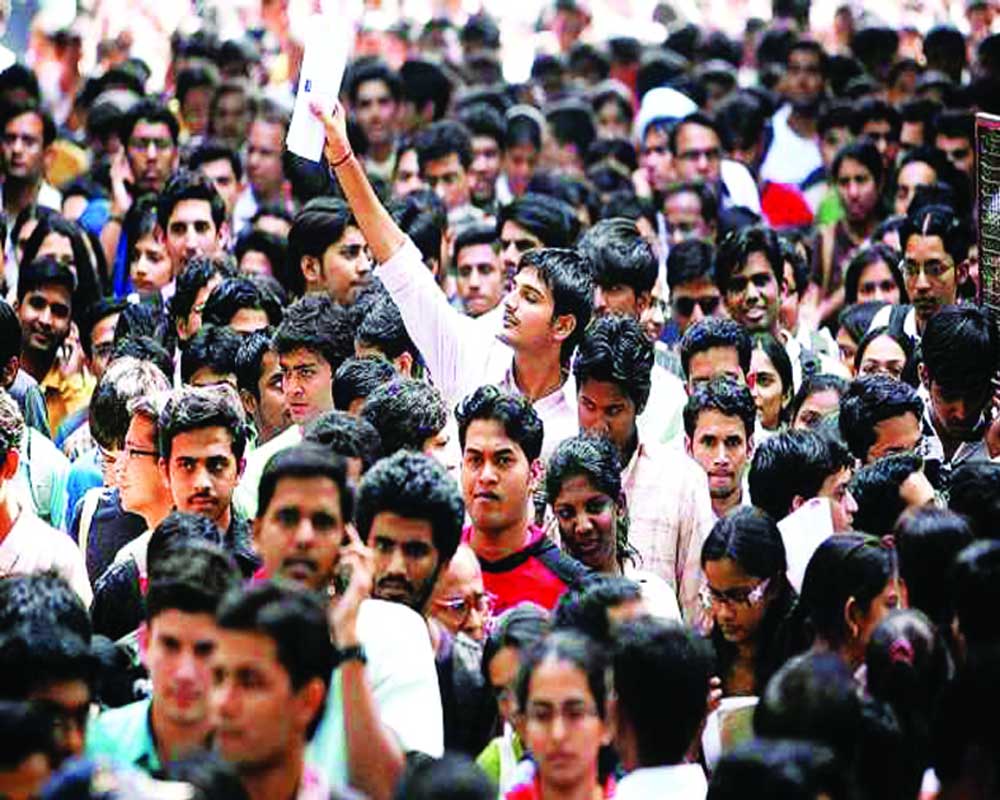 As graduates and class VIII dropouts are forced into the same career stream, India’s joblessness is leading to desperate choices

They say the story of India is found in its people, its complexity unravelling in everyday life. And so it is that I chanced upon Ankit, who is an owner-driver of a Hyundai Xcent with taxi aggregator Uber and makes anything about Rs 40,000-50,000 a month. That’s not new or surprising. But Ankit was a verification officer at Barclay’s bank, who found himself jobless at a time when he was expecting his first child and his family deep in a financial trough for other reasons. Maternity meant his wife, too, was hived off from her firm that justified job cuts in the name of smart-sizing. Another job with his qualifications was difficult to come by and the offers that came guaranteed him nothing more than Rs 35,000 a month. With mounting debts, he invested his severance package in a car and drove around the city, 17 hours on normal days, 22 hours over the weekend, so that he could earn the high points and incentives that Uber guarantees. Despite the inhumanity of sleep deprivation that such trips entail, Ankit’s biodata on the company’s app flashes the only thing that has become his calling card; that he is healthy and ever-ready to run. Now a father of a one-and-a-half month daughter, a fan of Adele whose songs motivate him on each ride, he has invested in a second car which he uses for inter-city tours. Some day, he hopes to grow his tourist car business, may be even set up his own agency. But a job he is not going back to, even if it means devaluing his education or explaining to neighbours in the Ghaziabad condominium he lives in why he scours the city at night. “Whatever gives me money, there is no shame. My education isn’t working anymore.”

Many like Ankit, young graduates and with middling incomes that are on freeze in a sputtering economy, are signing up with taxi aggregators to make ends meet across the country. A very infrequent user, over the last couple of months I have chanced upon at least six graduates who believe in dignity of labour provided it ensures the right price. There was Sandeep, who was a junior sales executive at a company and a people’s person but once retrenched, chose the graveyard shift to rush people to their destinations. There was Vikas, who junked a job of Rs 25,000 simply because it involved gruellingly long hours and he realised he could make more money in the same time period. “Now I can pace out my work on my own terms, be my boss and take home everything,” he had told me. “What social embarrassment, I am my own company and I can vary my workflow depending on my needs. Which job will give me this flexibility? This is my choice.” There was a young woman too, Suman, who is funding her vocational course by driving around women professionals in a WagonR owned by the family. “I drive select hours, am on GPS, so safety isn’t an issue. This is good supplementary income for me.”

The fact that I found all these drivers in Noida’s one-time booming SEZ area also presents a sordid tale of a slowdown and shutdown that’s forcing our young people to find their own means of survival. With taxi aggregators like Uber and Ola finding the third largest ride-sharing market in India after the US and China, a driving partnership has now become a viable self-entrepreneurial option. Yet others are signing up with food and other service aggregators. Some are even relooking at their passions and acquired skills as there is a shop for every kind of service, utilitarian and entertainment, online.

If a report released by the Azim Premji University’s Centre for Sustainable Employment is to be believed, then people with a graduate degree are more than twice as likely to be unemployed than the national average. The same study also found that women are more likely to fall by the wayside. Not only that. Even if graduates decide to take up low-skill work, they have to face intense competition from those who apply to such categories normally. This trend was echoed by a Kotak Institutional Equities report too, which cited data from the Government’s periodic labour force survey (PLFS).  The unemployment rate among male job seekers with secondary-level education far exceeds joblessness among illiterates in both rural and urban areas: “The unemployment rate is highest among youth with education until diploma (37 per cent), graduate (36 per cent) and post-graduate and above (36 per cent), suggesting the lack of opportunities for a higher skilled workforce.” The crisis was found to be more acute in urban areas (7.8 per cent) than in rural (5.3 per cent).  A report by the Centre for Monitoring Indian Economy (CMIE) had also found that qualified youth — those with bachelor’s degrees and above — faced the highest unemployment.

There have been alarming news reports about how graduates and post-graduates are applying for Class IV services in Maharashtra and how nearly a third of the 93,000 applicants for 62 police courier jobs in Uttar Pradesh had doctorates. With more people moving away from agriculture sector jobs to services, the pool of applicants is now an ocean of missed opportunities. There’s a big rush for any kind of Government jobs as they provide what has become elusive today — job security, salaries that are routinely revised and a relatively good beginners’ package. The minimum Government salary is now Rs 18,000 per month, higher than what 70 per cent employed people make in this country in desolate times. No data encapsulates this better than the Hindi film Dream Girl, where Ayushmann Khurrana plays an educated young man from Mathura, who has pursued the conventional path of BA, MA and MPhil but finds himself without a job. Out of sheer desperation, he signs up for a phone-sex call centre simply because it promises an income that his degrees cannot give him.

Undoubtedly, this trend is setting off a socio-economic transformation. At one level, it is offering recourse to students who are not academically brilliant and won’t make the cut in higher institutions, just plain regulars who, however, make up the bulk of our educated workforce. At another level, it also means we are dilluting their core competence, productivity and belief that education and knowledge are tools for an elevated life. We are teaching them the art of compromise, building values numerically than holistically. In fact, if basic skills like driving and cooking can earn people the moolah, then our young may just give up the idea of “becoming a graduate,” still an aspiration that parents sacrifice their earnings for across the vast hinterland of India. If that benchmark is seen as a redundancy, then it is another challenge in a country where literacy is often mistaken to be good enough as an education, compromising the overarching process of evolution of the mind. Let’s not forget the last Annual Status of Education Report (ASER) which found that one out of every four Class VII students in rural India is unable to read even a Class II text and over one in two Class VIII students cannot solve a problem that involves basic division.

In the end, there is the socio-psychological impact of levelling out to a bare median, of a graduate and a class VIII dropout being forced into the same bloodstream. Is a compromise ever happy when you are told that excellence should be your only pursuit? Besides crushed expectations can have ramifications in the form of increased manifestation of disturbing and deviant behaviour among the youth.

How then can we customise higher education for a segmented job market rather than dumping a one-size-fits-all formula on sectors that can hire but need specific domain knowledge? How can we make our graduates job-ready? As a recent skill research has shown, employers found 80 per cent of Indian engineering graduates failing to meet minimum requirements for a hire. Many such firms say prospective candidates lack sufficient industry experience because our courses are too theoretical and not application-oriented. There must be an industry-aided skill requirement map so that the problem of over-qualification, as evidenced by the latest job rush queues in Maharashtra, does not dash hopes. Besides, there must be a provision for career-long skill upgradation given that the economic paradigm can change due to technological breakthroughs and fluidity of the economy. There should be enough start-up incentives for engineers to set up small units that are viable. Yes, use of Artificial Intelligence (AI) may kill some traditional jobs but as seen with the IT revolution, they also encourage an allied layer of human services and talent. That spinoff is often overlooked in umbrella decisions. The jobs crisis is severely threatening our demographic dividend, given that half our population is below the age of 25. But a potential asset could become our biggest liability if we don’t look at the bigger picture now.