What are netas afraid of?

What are netas afraid of? 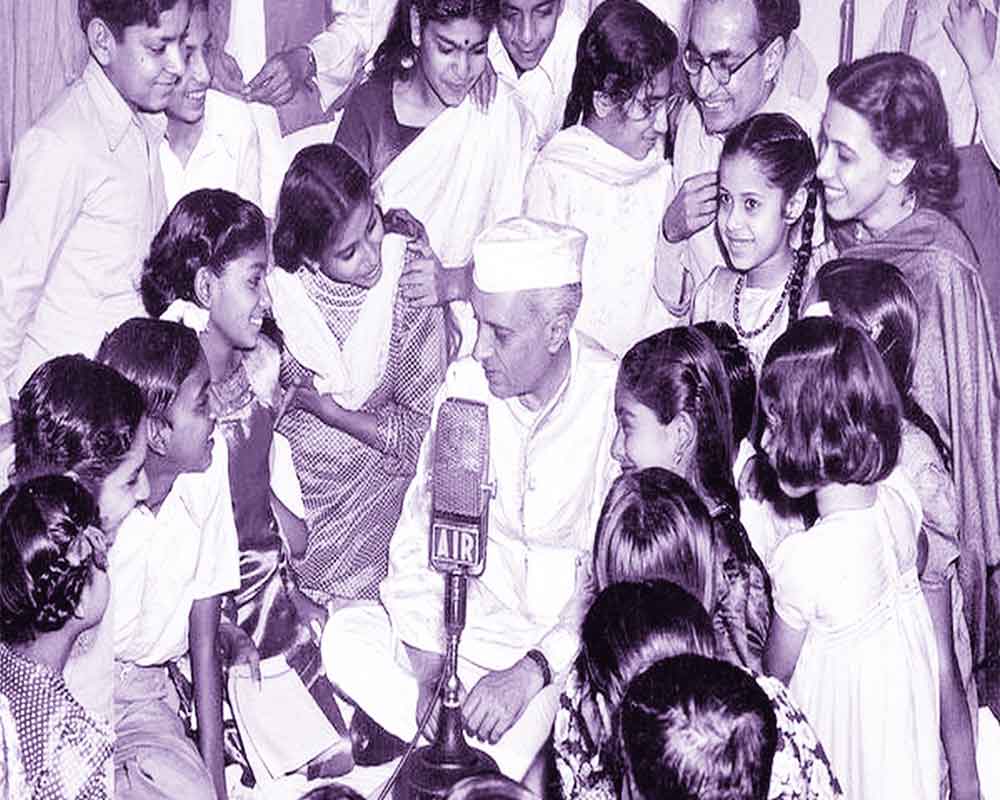 If public figures do not indulge in misdeeds, they will hardly face any danger from anyone and will not need any security cover, be it SPG or Z+

A big hue and cry has been raised by Congressmen over the withdrawal of SPG (Special Protection Group) security cover for Sonia Gandhi, Rahul Gandhi and Priyanka Gandhi Vadra, alleging that it is an act of political vendetta.  One wonders what the brouhaha is all about, because they will still get Z plus security, which means that they will have commandos from the CRPF in close proximity, besides guards at their homes and where ever they travel in the country. Officials of the Union Home Ministry say the decision to downgrade their security was taken only after getting reports from multiple Intelligence agencies that there was no security threat to the family.

And even if it is “political vendetta” as is being claimed by the red-faced Congressmen,  the question which needs to be considered is whether public figures really need such high security at all?

It is my belief, that if public figures do not indulge in misdeeds, they will hardly face any danger from anyone and will not need security. That is my personal experience. When I was a Judge of the Allahabad High Court (1991-2004) I would almost daily go for morning walks for several miles on public roads without any security guard (I only carried a cane to ward off stray dogs). I never received any threat from anyone, though I sometimes even confirmed death sentences. I would go daily from my residence to the High Court and back in a car without any security. When I was appointed Acting Chief Justice of Allahabad High Court in August 2004, on leaving my residence in my car, I saw a policeman on a motorcycle in front and a Gypsy vehicle with half-a-dozen policemen with automatic rifles behind my car. I asked my secretary, who was travelling with me, who these people were. He said they were there to provide me security cover. I said I didn’t need any security and asked them to leave. My secretary replied that under the police regulations a Chief Justice or Acting Chief Justice must have security. So I had no choice in the matter, as the police, and I too, were bound by the rules.

Shortly after I became Chief Justice of Madras High Court in November 2004, I went by train from Chennai (the principal seat of the High Court) to Madurai, where a new Bench of the High Court had been set up. A huge contingent of policemen was at the Madurai railway station to receive me. From the station, I travelled to the Madurai High Court Bench premises by car. I saw policemen posted every 100 or 200 yards throughout this 10 mile route, saluting me. In the evening I called the Inspector-General of Police (Southern Range) and told him that he should not have posted these policemen at the railway station and en route to the High Court premises. I told him that the police force was for the protection of the citizens of the country. Making half the police force of Madurai stand throughout the 10 mile route, saluting me, meant that it had given thieves, cut-throats and other anti-social elements a field day as the common man was left unprotected. I said I had no ego problems with not being accorded that kind of importance and security and requested the officer not to do this again.

The first Prime Minister of India, Pandit Jawaharlal Nehru, used to jump into the jostling crowd without security and yet there was never any threat to him. The famous Chief Minister of Tamil Nadu, K Kamaraj, always refused any security cover and so did Bidhan Chandra Roy, the famous physician-Chief Minister of West Bengal. This was because at that time most politicians were upright. The need for security arose only thereafter when politicians started indulging in misdeeds like corruption. Allegedly, it is widely perceived that the Congress party is totally corrupt and looted hundreds, if not thousands, of crores of rupees and took them to foreign banks or other secret havens abroad. Though technically Manmohan Singh, as the Prime Minister, was the head of the UPA Government, it is well known that he was only a figurehead and the real ruler was Sonia Gandhi.

In fact, Manmohan admitted this himself, first when I attended a reception given to him by the then Cabinet Secretary BK Chaturvedi, and second when I went to him to seek pardon for Devinder Pal Singh Bhullar, a chemical engineering professor who was a convict in the 1993 Delhi bomb blast case, who I thought had been wrongly convicted (the exact words used by Manmohan were, “Justice Katju, I am not a free man”).

Scam followed scam during the UPA rule, not of just crores but of lakhs of crores of rupees. Though there may not be direct evidence, there is overwhelming circumstantial evidence that Sonia was the main beneficiary of this loot. She and Rahul were the be-all and end-all in the Congress Party and all other Congressmen were non-entities. Sonia had evidently been taught by her mother-in-law Indira Gandhi that the Nehru-Gandhi family were the royals who had the divine right to rule India.

Everyone in the Congress party had to blindly accept their leadership and they treated other Congressmen with disdain. One proof of this contempt for other Congressmen was when the Assamese Congress leader Himanta Biswa Sarma (who later joined the BJP in view of his ill-treatment by the top leadership of the grand old party) went to meet Rahul. He could get an audience only after a long wait, and then, too, only for a few minutes, during which the Gandhi scion was feeding his dog.

Indira Gandhi, and thereafter her descendants, treated Indians as gullible fools, who would accept the rule of the “royal” family, no matter what misdeed they committed. Why should the Gandhi family then get any security, far less SPG security? What is so great about Sonia, Rahul and Priyanka that their lives must be protected even at a huge cost to the exchequer? Except for the arrogance that they belong to a royal family, what do they contribute to the country?

They have no ideas about solving the problems of massive poverty, unemployment, farmers distress, child malnourishment, lack of healthcare and so on  which India faces. And is India a feudal despotism in which only one family must rule, like the Stuarts, Bourbons and the Romanovs ?

Congressmen say that the Nehru-Gandhi family is indispensable because it is the only glue which can keep the party together. This itself indicates the ideological bankruptcy of the party. Apart from its oft-touted profession of secularism, which really means its desire to get the vote bank it cultivates consciously, what does the Congress stand for? Nothing. And its deeds show that its rule was tainted by corruption.

And if they have done no misdeed, they should openly say so. They should refuse heavy security, like upright Congress leaders in the early years after Independence such as Pandit Nehru, Kamaraj and BC Roy did.

(The writer  is a former judge of the Supreme Court of India.)