What lies ahead for Sri Lankan Tamils?

What lies ahead for Sri Lankan Tamils? 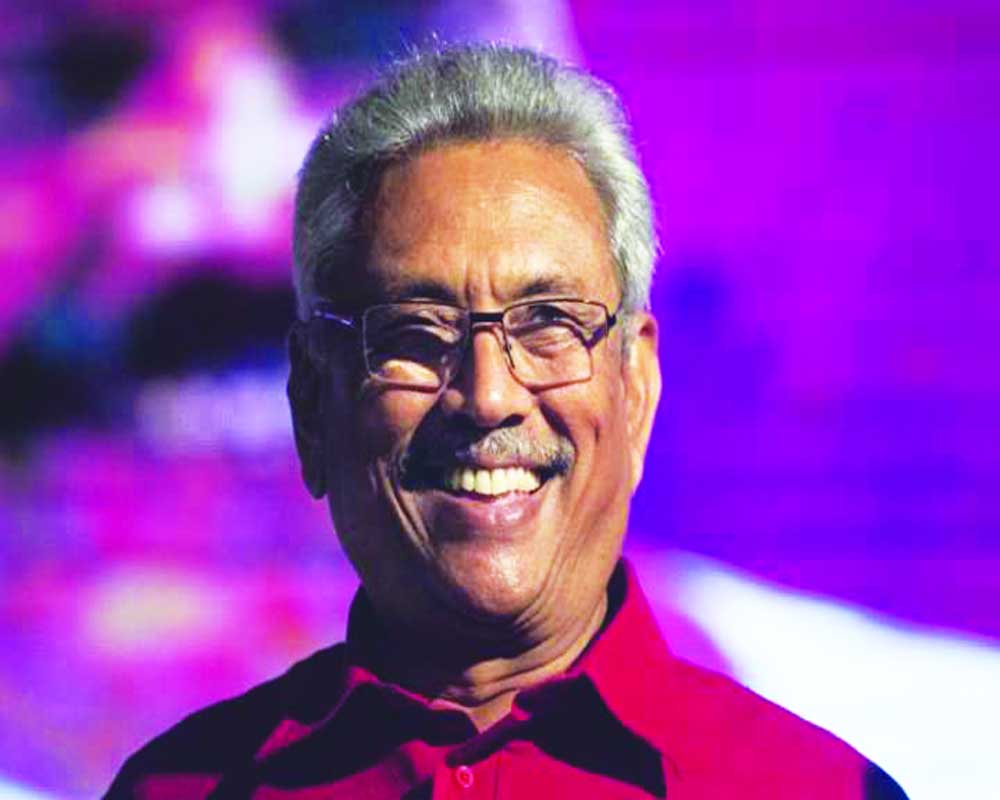 The new President, known as ‘terminator’ for his role in wiping out the LTTE a decade ago, has faced lawsuits in Lanka and in the US over allegations of staged killings of Tamil separatists, critics and journalists during the civil war

Sri Lankan People’s Front candidate Gotabaya Rajapaksa, younger brother of former President Mahinda Rajapaksa, has now taken over as the country’s President. A retired Lieutenant-Colonel, who presided over the country’s Defence Ministry for a decade during his brother’s tenure (2005-2014), Gotabaya swept the polls in the Sinhala-majority districts, while his main opponent Ranasinghe Premadasa, garnered most of the votes from the Tamil-dominated north and east of the country.

Gotabaya’s victory would mean the return of the powerful Rajapaksa family as he is expected to appoint his brother Mahinda as the Prime Minister, sooner than later.

The new Sri Lankan President, known as “terminator” for his role in wiping out the Liberation Tigers of Tamil Eelam (LTTE) a decade ago, has faced lawsuits in Sri Lanka and in the United States (US) over allegations of staged killings of Tamil separatists, critics and journalists during the civil war.

In a fascinating interview with this journalist in 2014, Gotabaya revealed many things, including how he the then government finished off the LTTE.  Giving a graphic description of what happened in the last days of the LTTE War IV, (the name given to the fourth phase of the armed conflict between the Sri Lankan military and the separatists), he pointed out that the biggest advantage was that his brother had full trust in him and the then Army chief Sarath Fonseka. Mahinda had the political will to neutralise the LTTE.

Second, the leadership agreed with the defence assessment that a large-scale expansion was needed within a very short period. “We briefed the President. It was not an easy thing to achieve. You need to recruit people, train them and also equip them. But, we did it,” he said. Giving more details, Gotabaya said that the President also created a core group to cut down red tape.

“From our side it was Basil Rajapaksa, Lalith Chandrakumar Weeratunga, who was the President’s Permanent Secretary and me. From the Indian side it was their National Security Advisor MK Narayanan, Foreign Secretary Shivshankar Menon and Defence Secretary VJ Singh, who were in the loop. We coordinated everything. We went to India and they came to Sri Lanka. And we discussed everything, even the operational plan and intelligence inputs.”

Gotabaya also exposed the double face of the then Tamil Nadu Chief Minister M Karunanidhi, who put tremendous pressure on the Manmohan Singh Government to stop the war on the LTTE, while the ruling DMK adopted a strategy of running with the hare and hunting with the hound.

Shivshankar Menon in his book, titled  Choices: Inside the making of India’s Foreign Policy, confirms that New Delhi was in “intense” and “constant” touch with Colombo.

“I vividly remember the atmosphere of the crisis that built up during that period and repeated visits from and to Colombo in the first five months of 2009,” Menon notes in his book, adding that by mid-January 2009, the Sri Lankan Army and leadership were convinced that they had the measure of the LTTE and the victory would be theirs. As a strategy, the Sri Lankan Army strongly occupied the north and the south so that the Tigers were kept away and were stopped from procuring military supplies.

As for the last phase of the Eelam War IV, Gotabaya noted, that even at the last minute Thiruvenkadam Velupillai Prabhakaran, the founder and leader of the LTTE, broke from the line and went into the small island with his bodyguards.

“Kandasamy Pathmanabha, a Sri Lankan Tamil rebel, founder of the Eelam People’s Revolutionary Liberation Front and the LTTE’s financier, spoke to Prabhakaran in January 2009 over the phone asking him to escape. We intercepted the conversation.  Prabhakaran refused to hide at that time. Two weeks before the war ended KP spoke to him again and asked him to escape.  The LTTE Tiger again refused,” he said.

Gotabaya pointed out that, “Do you think that such a person will come out holding his hands up and surrender?”

The then Army chief Sarath Fonseka, in an interview to this journalist also observed that the strategy was to take on the LTTE in the jungles. “By May 17, 2009 the troops cornered the LTTE within an area of  400X400 metres. That night when they tried to escape they were prevented from doing so, by all three lines of defence put up by the Army.

“On the night of May 18, the top LTTE leadership divided itself into three groups. They attacked the Army’s forward defence line along the Nandikadal lagoon and did manage to break through. Jeyam, Pottu Amman and Soosai led these three groups. Prabhakaran and his closest guards thought they would manage to escape but in reality all these LTTE fighters (around 250) had got trapped between the Army’s first and second line of defence. “After fierce fighting that night, almost the entire leadership of the LTTE was eliminated in that area. “We discovered Prabhakaran’s body on the morning of May 19. I got the news of his death around 11 AM. I got a phone call from the Commander who gave me the information. Looking back, I was confident. I said I would finish the LTTE in three years and I did it in two years and nine months,” Fonseka said.

Those were different times but today it is a time for peace and as President how will Gotabaya deal with the Tamil minorities in Lanka now? The fact that the Tamils did not vote for him reveals their apprehensions.