Why Myanmar is a bother

Why Myanmar is a bother 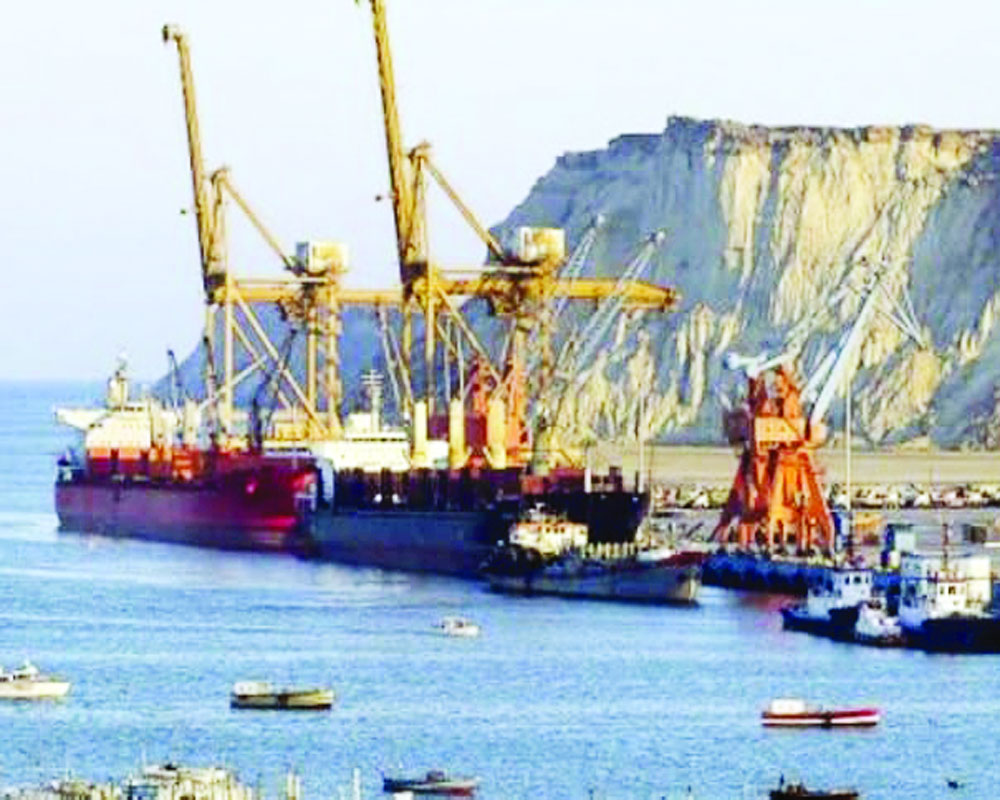 India, being a peninsular country, considers oceans as a global common. So how can it neutralise China's overlordship and policing of waters given the latter's growing military presence?

President Ram Nath Kovind may have sought to deepen our civilisational links and hoped to build on a shared anti-colonial narrative with Myanmar during his visit to that country but semantics cannot paper over the fact that our neighbour has signed the Kyaukpyu deep sea project with China in November and that could pose a security threat to India. This is particularly worrying considering the Chinese are attempting to ring the Indian Ocean with its “string of pearls diplomacy” and hem India in, already acquiring strategic depth with the Pakistani port of Gwadar and the Sri Lankan one at Hambantota.

Yes, the President did emphasise on strengthening bilateral cooperation through increased connectivity, capacity-building and growing commercial and cultural exchanges. And it is true that Myanmar is also unhappy about China’s economic imperialism by creating debt traps for smaller states in the region as part of its Belt and Road Initiative. But the Chinese have already invested in developing a $7.3 billion deep sea port at Kyaukpyu, a $10 billion Special Economic Zone in Ramree Island and a $3.2 billion industrial park recently. And as late as September, it has also signed a Memorandum of Understanding (MoU) for the China-Myanmar Economic Corridor (CMEC).

At the moment Myanmar has to factor in these imperatives, even if unhappily. The port is very important for Beijing to resolve its Malacca Straits dilemma but India is apprehensive about its proximity, particularly in the era of hybrid warfare and China has been known to mask its surveillance and muscular vigilante designs through such port exercises in the South China Sea. At the same time India has to tread cautiously as Myanmar is a frontline state when it comes to our Look East policy. In fact, Prime Minister Narendra Modi heralded his Act East vision in Yangon during the ASEAN summit of November 2015, as also during his subsequent visits to our North-eastern States. As academician Swaran Singh, professor of Diplomacy and Disarmament in JNU, says, “In view of China’s ‘early harvest’ overdrive under BRI, its decades-old ambition to connect its least developed regions of Yunnan to Bay of Bengal using rail, road, inland navigation and by developing Myanmar’s ports like Kyaukpyu has become a far deeper concern for New Delhi.”

And as Major General P K Chakravorty (Retd), defence analyst, Centre For Land Warfare Studies (CLAWS), foresees, “The Chinese may use this port for military purposes in future, but at present, they are establishing ports to provide logistics and parking facilities to merchant ships.” Experts believe that such ports can become potential strategic support bases through which China can develop logistics hub that supports expanded military presence and helps it access vital Sea Lines of Communications (SLOCs), circumvent the Malacca dilemma and overcome perceived containment by foreign powers.

It is important to understand how this port will change the geo-strategic equation, particularly in the Indo-Pacific region. It will enable Chinese ships carry oil from the Middle East, avoid the much-crowded Malacca Straits and, hence, neutralise the US’ capability to impose barrier on Chinese oil imports. The oil received through the sea route is already being transported to Yunnan province through the Shwe Pipeline, operational in August 2014. Though both sides have declared that the Kyaukpyu port won’t be converted for military purposes, the navigable corridor puts us in the arc of China’s big brother eye for our projects in Myanmar too.

At a time when China is providing financial and material support to the armed ethnic groups operating in Myanmar, including the United Wa State Army (UWSA) and six of its allies, for India, the security of its personnel, investments, construction and operation of infrastructure projects in Myanmar are a matter of serious concern. These include the India-Myanmar-Thailand Trilateral Highway and the Kaladan Multi-Modal Transit Transport Project. In the past, these armed groups have provided safe havens and arms to India’s North-East based militant groups as proxies to interfere with or slow down New Delhi’s projects in Myanmar. China could very well use these groups again to pressure New Delhi and counter our strategic weight in the region.

If China does surreptitiously convert the Kyaukpyu port into a military base, with its other ports Hambantota (Sri Lanka ) and Gwadar (Pakistan), then defence experts believe that Beijing can interfere with the freedom of navigation, posing a threat not only to India but also to other countries using sea lanes in the Indian Ocean. Besides, it could also have implications for the freedom of air space as China has already imposed an Air Defence Identification Zone (ADIZ) in East China Sea.

India, being a peninsular country, considers oceans as a global common and has always advocated open and free movement along shipping lanes. So how can it neutralise China’s overlordship and policing of the waters given the latter’s growing military presence in the region? Considering the results of a recent survey that showed that most Southeast Asian nations are now wary of China’s economic adventurism, India must rope in regional players like Japan, Vietnam and Australia to balance the equation. Similarly, to wean Myanmar away from Chinese designs, it also has to increase its economic involvement by way of larger investments. India’s financial support and project assistance to Myanmar in terms of grants is close to a billion dollars and in terms of lines of credit close to about $750 million.

India also needs to tap into the discontent of the Myanmarese people vis-à-vis China. President U Thein Sein’s Government decided to suspend China’s $3.6 billion Myitsone hydroelectric dam project in Kachin State in September 2011 after massive protests by locals over environmental consequences. Protests against a copper mine project in Letpadaung, which is a joint venture between the Chinese Wanbao Mining Copper company and the Union of Myanmar Economic Holdings, is yet another area of discomfort. The Shwe pipeline was also delayed due to protests by locals.

India’s stakes in Myanmar are considerably higher given its buffer status vis-à-vis China. Then there’s the larger issue of the Rohingya Muslims, who have links with Saudi Arabia and Pakistan and could be used to foment terrorist activities in the region, particularly India.

Experts say the Rohingya insurgency is not an indigenous one but created by Ataullah abu Ammar Junjuni, a Pakistani national who had worked as a Wahhabi imam in Saudi Arabia prior to his arrival in Myanmar. The radicalisation of Rohingyas has the support of global designated terrorist and chief of Jamaat-ud-Dawa (JuD) Hafiz Saeed. His charitable trust Falah-e-Insaniyat Foundation (FIF) is carrying out relief work for them in parts of Pakistan, including Karachi. It is also important to note here that the Islamic State has been eyeing South Asia to expand its Islamic State Khorasan.

The Chinese Kyaukpyu port and pipeline projects are in Rakhine state. Chinese are wary about these armed groups moving into the western part of the state and affecting their operations, including tampering with the pipelines. Beijing also needs additional space to expand, should it decide to create a military base in that part of the state. It will, therefore, be in Beijing’s interest to have a Rohingya-free Rakhine state and deepen its presence in Myanmar as a whole. It is in this context that India needs to work on existing strengths and bolster Myanmar as a frontier state if it wants the Indian ocean region to be a part of its sphere of influences.

(The interviewer is Principal Correspondent, The Pioneer)