Why women must work

Why women must work 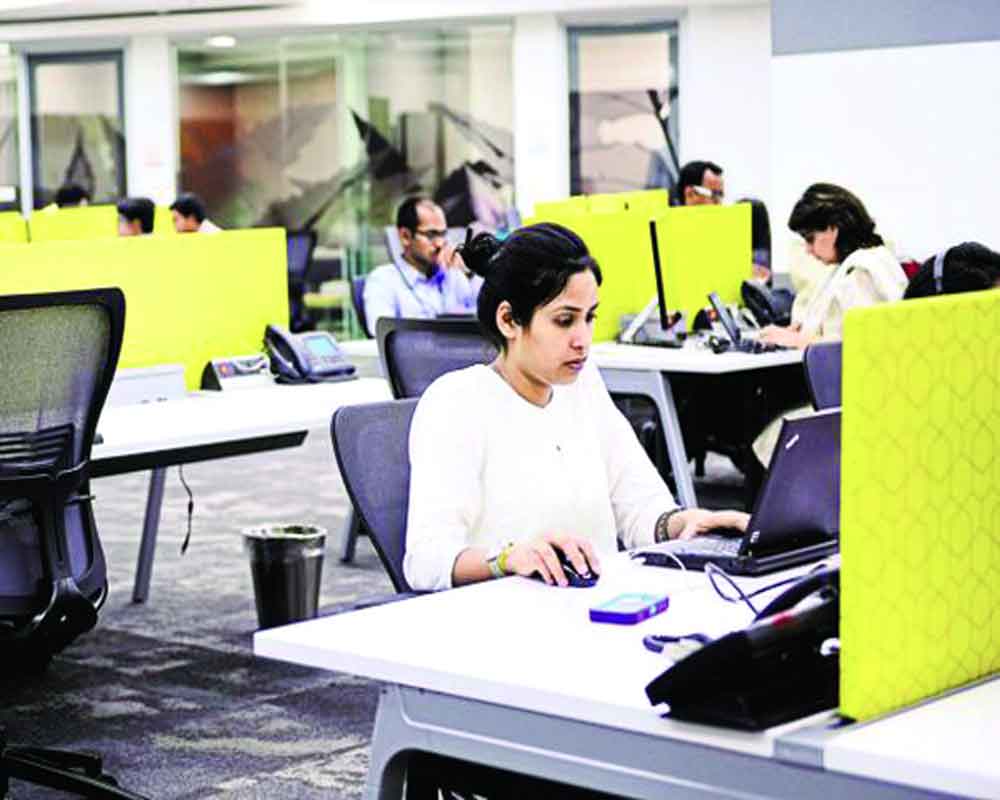 Chandrayaan-2 is the first mission to the moon’s south pole by the Indian Space Research Organisation (ISRO) as also the first one to be led by two women — M Vanitha as the project director and Ritu Karidhal as the mission director — making it extremely special. Different fields like science, technology, engineering and mathematics all across the world have acknowledged that women account for the lowest shares world over. And this is a problem. And in India, these questions receive limited attention. To understand the issue better, we spoke to women in the tech sector. Conversations with them revealed that while policies around maternity leave and daycare are supportive, the option to work from home remains dependent on the organisation and the management. Perceptions at work about women being skewed — though there is no discernible wage gap among those interviewed — biases are reflected in promotion and pay for which processes are opaque.

Globally, historical dominance of men in the tech space has led to technological developments along particular trajectories. Outcomes include products that are not well-suited to women, including oversized phones, violent video games with the portrayal of women not too appealing to many girls and Apple watches that track multiple health outcomes but not menstruation, just to name a few. With more and more women joining the labour workforce and with the money to spend, technology companies are missing out on a growing market by continuing to design products and services for men and by men. Working in tech offers women multiple opportunities to learn, grow and contribute, making it imperative to understand the barriers that prevent their entry.

Concerns in India differ from those in the West. In India, women may relatively be more involved with the family and social networks in decisions surrounding work, marriage and family. This may constrain them from pursuing education and careers in their desired fields. On the other hand, women in India have access to child care through family support or hired help, which is expensive or almost impossible in most Western countries. There has been limited effort in understanding both the support that this sector extends to women in India and the biases they perpetuate.

To understand the experience of women in the technology sector, we interviewed women working as developers, design managers, coders and business analysts. Some of them had worked abroad in the tech sector and offered comparative views across environments. The variety of companies and roles provided a diverse understanding of company policies. According to our respondents, policies such as maternity leave and daycare are functioning well and support women at work. The Indian law provides for maternity benefits enviable in the Silicon Valley.

Take for instance, the Maternity Benefit (Amendment) Act was amended in 2017 and extended paid maternity leave from 12 weeks to 26 weeks. It also mandated establishments with more than 50 employees to have a creche for working mothers. The respondents recorded little trouble in extending maternity leave, using the daycare provisions and were happy with the period of leave. However, there’s a flipside, too. Although multinationals and big Indian firms are better placed to be able to accommodate such policies and absorb the relevant costs, startups and small businesses prefer to hire men over women because of the required provision of benefits. Furthermore, work from home policies vary across organisations and often depend on the discretion of the manager. These policies are key to providing flexibility to employees across genders but the women we interviewed mentioned this specifically as a support mechanism offered by their organisation.

Research by Nick Bloom, James Liang, John Roberts and Zhichun Jenny Ying on Ctrip in China showed a 13.5 per cent rise in worker productivity through work from home policies as employees completed their full shift of work, thus saving commute time. This translates to about an extra day of work every week. With improvements in digital and mobile technology, companies can consider this as a viable option to improve output and performance of their teams. A combination of working from home and working from the office can allow the employees flexibility while also increase productivity.

Perceptions about women at the workplace have also affected outcomes. Meredith Brussard in her book,  Artificial Unintelligence, describes how aptitude tests were used to select programmers in the 1960s in America, favouring mathematically inclined males. As the media continued to portray the ideal programmer in this way, the result today is an industry dominated by men where women and girls do not feel welcomed. ‘Girls Who Code’ is an initiative that is confronting this stereotype through after-school and summer computer education for girls in schools.

In India, perceptions about women at work are largely negative, with colleagues and managers believing that they put in less effort. A design manager reported that despite receiving positive feedback during appraisals, she typically received average-to-below-average ratings and the opaqueness of the appraisal and promotion process did not provide her with any justification.

A business analyst in one of India’s largest MNCs in the software sector revealed that “managers think women prioritise family more than office and that mentality of the people is that women work less”. Women reported feeling that climbing up the corporate ladder was harder for them and that they were not considered for challenging roles. They were of the view that “promotions and important appreciations favoured men.” Though women in our sample survey did not face wage gap for the same positions, biases against them appear to be reflected in appraisals, role allocations and promotions.

Globally, companies have introduced pay transparency as a way to curb the pay gap. Verve, a UK-based firm, has worked on driving equity simply by allowing all its employees the access to the pay of their bosses, their peers and even their CEO. Such initiatives do not require huge resources but simply a desire to change. Google has since its inception aimed at being a diverse workplace and has also focussed on preferentially hiring women in both software programming positions as well as in the top management. If Google can do it, why do other firms hold back?

In terms of using technology to improve the lives of women, the Bill and Melinda Gates Foundation is changing the lives of women in the developing world by empowering them with information and banking options they never had before. Women in South Asia are 26 per cent less likely to own a mobile phone than a man and 70 per cent less likely to use mobile internet. Mobile phone can empower women and challenge social norms as they can use the phones to learn and build skills, have financial independence, privacy and access that they are not otherwise allowed.

The Indian tech industry will stand to gain from the talent and enterprise of women employees by directing technology towards them. Friendlier workplaces with supportive policies and curbing the cultural and social biases faced by women colleagues is the need of the hour for organisations to move ahead. Introducing girls to programming at an early age and fighting stigma around ‘only men’ pursuing such fields is important. Communities, where women in technology-related fields promote and inspire each other, must be created. India has immense potential that is yet to be harnessed in the tech area. We need to wake up to this and push technological innovations in a direction that is all-inclusive for women.