Wisdom of the masses

Wisdom of the masses 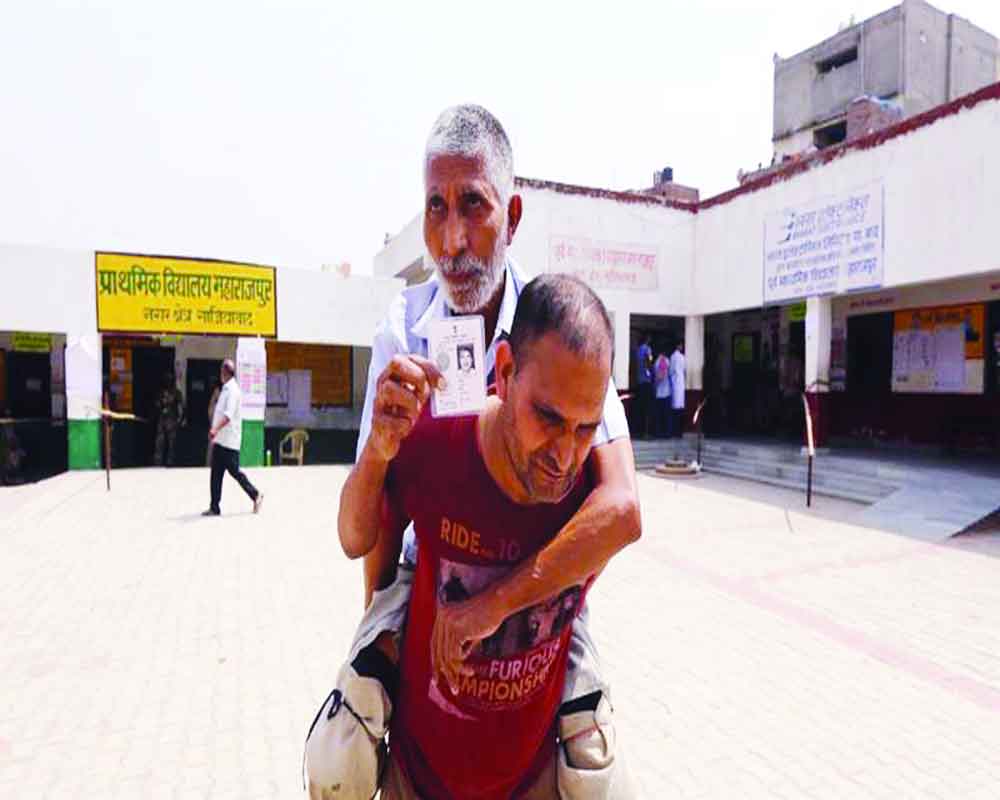 The world’s biggest elections are on. India, after all, is the world’s largest democracy and the over 900 million eligible voters spread across 29 States and seven Union Territories are in the process of electing a new Government in a seven stage election. A huge event by any standards. Moreover, this year’s elections may also prove to be the world’s costliest with mindboggling advertising spending to the tune of several billions being invested by different political parties to allure voters through all kinds of media campaigns, propaganda, and gimmicks. Not just the conventional print and electronic media, but the now notorious social media and even the contrived biopics by many filmmakers are going the whole hog to prove their point by trying to suggest to the electorate who is the “fairest of them all”. But amid this deafening cacophony of sound and lights and advertisement blitzkrieg, the Indian voter is to watch out for. Though baffled and beleaguered, angry and confused, the voter is keen to vote. But how will he vote is the billion dollar issue? While the so-called pollsters and psephologists, the soothsayers and the astrologers, and even the data scientists are all throwing their wisdom in the ring, the voter continues to keep the cards close to his chest. Yes, he may be wondering who he should vote for. Nevertheless, his demeanour has also kept the so-called ivory tower think tanks at their wit’s end, wondering what the voter is going to do. Certainly then, the voter is standing tall to prove his point, like in the past: “Catch me if you can”. But this time around, we are witnessing, perhaps, the most unpredictable of the elections, which many have already named as the mother of all elections. Not just because the results are hard to predict, but also because the stakes are high for the world’s largest democracy. However, these issues notwithstanding, there is a need to raise the basic question that matters most for the success as also the survival of a democracy. That crucial question of the wisdom of the voter. The Indian voter, who has been delivering most unplayable of the googlies to even the most formidable of the challengers on even the most placid of the wickets. “Will he, won’t he” is the question this time. Will he defy all those predictions to prove that he has a mind of his own? Or will he prove to be the gullible simpleton some politicians assume? The advertisements, the claims and counter claims of marketers, the blame game, the charlatans and turncoats, who think they are omniscient have all made this election hard to gauge. Naturally, we need to figure out whether the voter can keep his cool and apply his mind. We will have to wait for some more time. But who wins or loses is not the question. The question is whether the voter entity is intact.That is, if there is voter mind that transcends castes and communities and discriminates between issues and non-issues, some kind of a collective unconsciousness that proves the strength of unity in diversity. We certainly would come to know about that in a few days. But there is a popular saying which suggests that Vox Populi, Vox Dei — that is the voice of people — is the voice of God. The onus, of course, is on the Indian voter to prove this Latin proverb right or wrong.