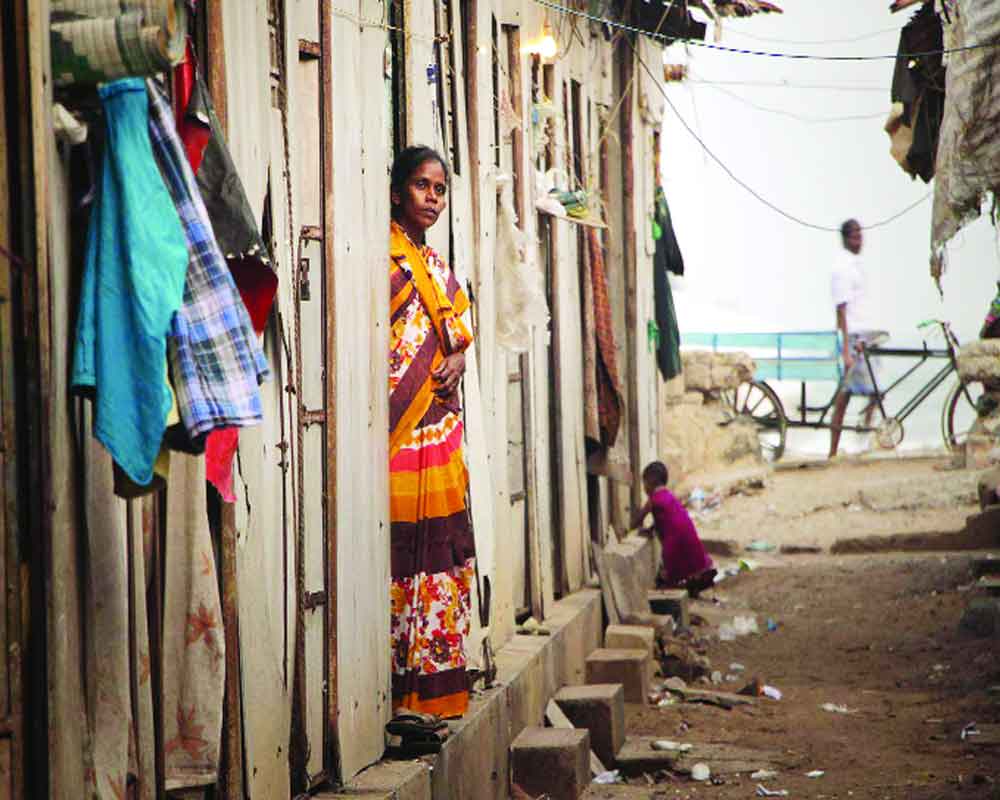 As we near the 15th anniversary of the 2004 tsunami, the impressive achievements by Tamil women underline their resilience and ability to turn disasters into development opportunities

Fifteen years ago, in 2004, giant waves turned 55-year-old Sundari’s world upside down. Gushing water crashed into her hut in Nochi Nagar located near the Marina beach in Chennai, Tamil Nadu, and had she not grabbed her five-year-old grandson by his hair, he would have been swept away. The next few days were spent in fear, in nearby makeshift shelters along with hundreds of others whose homes along the Marina beach were destroyed by the tsunami. As the days stretched into months and months into years, there were many moments when Sundari and other tsunami-affected families despaired they might never be able to shift out of the temporary shelters. It took 10 years of unwavering struggle before Sundari and around 628 Dalit families from the fishing and non-fishing communities could finally, in 2014, move into two-room flats constructed by the State Government under the Emergency Tsunami Recovery Project.

But communities in coastal States of Odisha and West Bengal, who were hit by Cyclone Fani on May 3, will not have to wait so long. The Odisha Government was well prepared. It evacuated millions of people well before the natural disaster could strike. This helped save lives. Yes, restoring normalcy will take time. People of the State will need basic necessities, houses and livelihoods, with many standing crops destroyed. But considering the swiftness of the Odisha Government’s response, the rehabilitation process is expected to be smooth. Comparisons between Cyclone Fani and the tsunami cannot be made. Unlike Fani, the tsunami came unannounced and caught everyone unawares. But even though the Tamil Nadu Government was understandably unprepared, its slow and apathetic post-tsunami rehabilitation process added to the misery and woes, forcing those affected to run from pillar-to-post to claim their rights.

This is why the long and hard struggle by Sundari and others affected is important and offers lessons on how disasters can be turned into opportunities for community development and women’s empowerment. It illustrates the vital role played by women in reclaiming their land and rights. Whether it was resorting to cooking food in the middle of the road to protest against the delay in delivering housing promises or forming a human chain to block wrongful land acquisition by the Government, women showed heart and courage to stand up for their rights. Their determination forced the State Government to make several critical changes.

The biggest gain was ensuring the allotted flat was jointly owned by the husband and wife — a big change from the earlier policy of giving it in the name of the male member. The first impact of this move was a fall in domestic violence. Women began to understand that they no longer needed to fear being thrown out of their houses and this awareness boosted their confidence. “Earlier, women were afraid of complaining against their husbands. But now, they approach the police for help,” said Sundari. The police, too, have been cooperative.

Another critical change the community movement brought was ensuring each flat, albeit small, had an attached toilet. This is a big boon for women and girls. State tenements built at the Government’s relocation site, where several families were shifted soon after the tsunami, are one-room flats and have a common toilet for two families. The ability of the Nochi Nagar community, particularly its women, to bring about a design change in their housing, inspired residents of the adjacent fishing community living in Nochikuppam. They allowed the State Government to make new houses to replace their existing dilapidated tenements only after ensuring they, too, would get attached toilets. The triumph of the coastal community of Nochi Nagar boosted their confidence.

For the fisherwomen of the Irula community, a nomadic tribe living near the sea, this was the first time they got a proper roof over their heads. But more than that, getting ownership of a flat in their name gave them an identity of their own. “Acquiring an identity was something so emotional that it was hard to explain what it meant,” said Usha, a 45-year-old Irula fisherwoman. Now, no one can evict them, not even their husbands.

Both the Irula fisherwomen and other women from the non-fishing community like Nochi Nagar resident Sundari were helped by the Forum for Securing Lives and Livelihoods Rights of Coastal Communities (FLLRC), a collaborative platform of four community-based organisations supported by ActionAid India, a civil society organisation. They provided the guidance, training and hand-holding the women and communities needed to rebuild their lives.

Their 10-year struggle also showed that given the opportunity, women use it to further community development through collective action. Once the women learnt about land and gender rights and were trained to use tools like the Right to Information (RTI) Act, there was no stopping them. Sundari used this training to file several RTIs to monitor the progress of the houses promised to them by the Tamil Nadu Slum Clearance Board (TNSCB) during the time the Nochi Nagar residents lived in temporary shelters from 2009-2014. This way she kept the community in the information loop and ensured design changes like attached bathrooms for each flat were implemented.

She also used it to access information on the TNSCB’s housing project for the coastal communities, like hers, living along the Marina stretch. It was through an RTI that she got to know that TNSCB planned to relocate the non-fishing community, to which Sundari and 500 other such families belonged, to areas quite far from the sea. Further, the RTI also revealed that only the fishing community would be provided housing near the coast.

This was unacceptable for Sundari as their predominant livelihood activities were related to fishing and they needed to stay close to the coast to survive. A meeting to discuss the issue was attended by over 500 other Dalit women living along the Marina stretch. As protests grew louder, other Dalit community leaders joined hands, leading to the formation of the Chennai Dalit People’s Federation (CDPF), to give voice to the marginalised community. Sundari, who was elected president of the CDPF, led the women’s campaign to expose the Government’s bid to divide the fishing and non-fishing communities. They received a big boost with the participation of national Dalit leaders from several organisations, including the National Dalit Women Movement, who addressed rallies against the Government’s discriminatory policy. When the TNSCB realised that the storm of protest was unlikely to end, it was forced to declare that it would no longer differentiate the coastal communities on the basis of their occupation.

Women didn’t stop here. They used the opportunity to demand that they be treated on par with the fishermen. They argued that the role of the fishermen ended once they returned from the sea. The fish was cleaned and sold by the women. Nearly 75 per cent of the total catch is marketed by women fish workers but they are not covered under any welfare scheme or given equal rights in Government entitlements for the fishing community. These women wanted their labour in the fish trade to be recognised. According to an estimate, women engaged in fishing-related activities constitute 55 per cent of the workforce in Tamil Nadu and 65 per cent at the national level.

So, women leveraged their collective strength by organising a rally that was attended by over 500 women from 16 federations from across the State. They sat outside the office of the Chennai Collectorate, demanding they be given the same compensation as given to men during the off-season for fishing. They continued their protests until compensation was increased from the existing Rs 4,000 to Rs 6,700. Although the women could not convince the Government to pay separate compensation, they managed to get the payment in the joint name of the husband and wife. This, too, was a big achievement.

As we approach the 15th anniversary of the deadly tsunami some months from now, a lookback at the impressive panorama of achievements by coastal women in Tamil Nadu underline their resilience and ability to turn disasters into opportunities for community development.