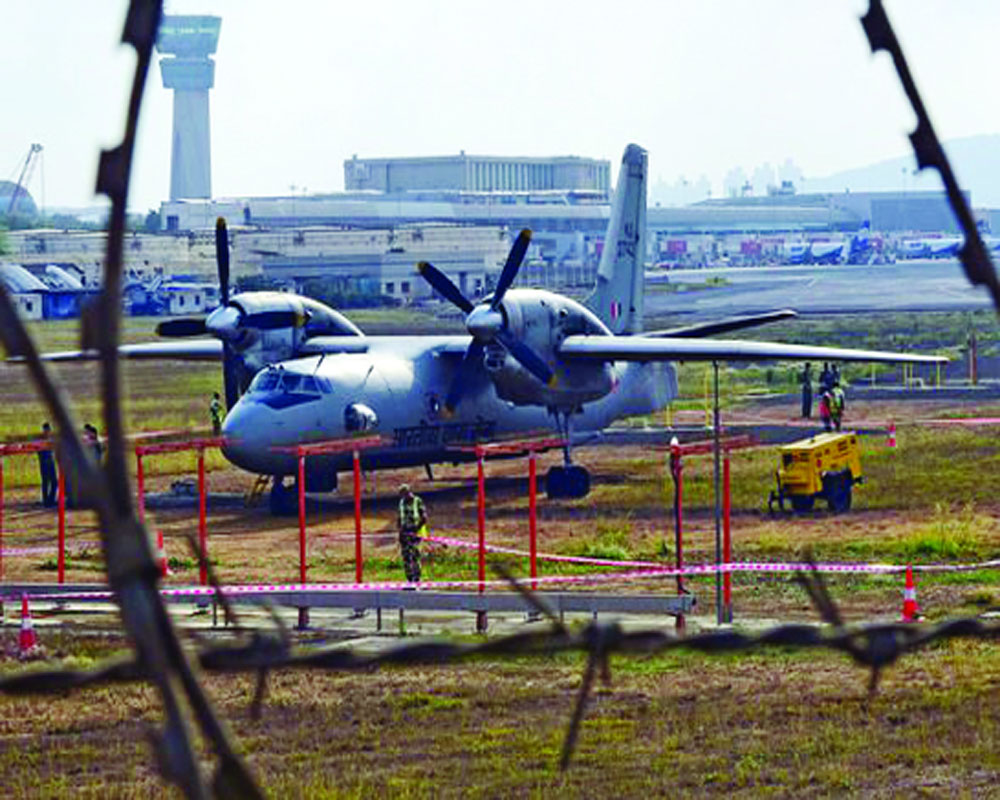 As India phases out old aircraft to accommodate state-of-the-art jets, it is also essential for it to maintain an accident-free record and ensure fleet safety

Just about a month ago, an Indian Air Force (IAF) AN-32 military transport aircraft had overshot the runway at the Mumbai international airport and come to a halt perilously close to the boundary wall along the Western Express highway. Reportedly, over 50 flights were affected due to this incident. More recently, another AN-32 aircraft carrying 13 people on board went missing in Arunachal Pradesh’s West Siang district. The  wreckage of the aircraft was found eight days later after intense search operations.

It is understood that the Emergency Locator Transmitter (ELT), which sends a distress signal in case of a 20G (20-times gravitational force) impact, was non-functional. Well, what else did not work? With over 16 IAF aircraft lost during the last one year, one needs to ask some tough questions.

It is quite a paradoxical situation that our scientists are now world leaders in satellite technology and have established many a record but are unable to rectify some of the glitches which tend to recur in our IAF aircraft. One important aspect appears to be overlooked, that of safety of ageing fleet. Last year, in a written reply to a question (March 2018), former Minister of State for Defence, Subhash Bhamre, had informed the Lok Sabha that 31 aircraft of the IAF had been involved in accidents during the last four years. It was said that 10 accidents had taken place in 2014-15, six in 2015-16 and 10 in 2016-17, while five were reported in 2017-18. These accounted for almost two squadrons of aircraft.

Since this reply in the Parliament, another 18 aircraft have been lost. These account for almost two squadrons. In order to get the full impact of these figures, one should read this together with the statement made by Air Chief Marshal Birender Singh Dhanoa a few months ago, where he said that the depleted Air Force had only 31 squadrons as against a sanction of 42 squadrons (16-18 planes each) and that India faced a grave threat. Even if the Air Force gets the sanctioned 42 squadrons, India’s strength would be “less than the combined strength of our two adversaries — China and Pakistan”, he said.

In case one takes into account the IAF losses during the last 10 years, almost four squadrons or even more may have been lost which is not a small number. In a way, had we cut down such losses, the country would have been in a much better position to face any threats. As the IAF had the highest number of peace-time crashes in the world quite some time ago, a committee chaired by former IAF Chief Air Chief Marshal Denis Anthony Lafontaine, a fighter pilot who played a key role in 1965 and 1971 Indo-Pak wars, had gone into various aspects and had come to the conclusion that among the main factors for crashes were pilot error (42 per cent), bird hits (seven per cent) and maintenance and technical issues (44 per cent).

A very high rate of pilot error was blamed on the absence of an Advanced Jet Trainer (AJT). It was said that pilots, for want of an AJT, were trained on slower aircraft and got suddenly exposed to a Mach-2 situation, leading to accidents. In any case, AN-32 is a much slower transport aircraft.

Earlier, in the late 1990s, the situation was even more serious as the frequency of crashes had assumed alarming proportions. Eighty one aircraft, all MIGs and its variants, had crashed during a five-year period, killing 34 pilots. Admittedly, there was a spare parts crunch at that time as some of these had been procured from the Central Asian and East European countries, which were not in a position to maintain that level of forces and were reducing their inventory. These spare parts were not of the same quality as originals.

So also was the case with lubricants and greases, whose shelf-life had expired. On the other hand, one of the former Air Chiefs was on record, having stated that there was a serious design flaw. While this debate was heating up, the Russian manufacturers blamed us for poor maintenance of the aircraft and making changes in the original designs.

Be that as it may, the fact remains that we have lost a few hundred aircraft and valued pilots due to peace-time crashes, seriously depleting our resources and impinging on our fighting capability. Unfortunately, the same trend continues. Losing seven of our best possessions, including Su-30MKI, which is a fourth generation aircraft being manufactured at Nasik, does not augur well. Most of these crashes of the Rs 400 crore planes were attributed to technical snags connected with the wire-guided system.

It has been often observed that in our country, items in which foreign manufacturers of defence equipment are interested happen to be the slowest to develop. None perhaps would be interested to sell us satellites or their launchers, and look at the phenomenal progress made by us in the expertise in rocket and missile technology.

On the other hand, the development of battle tanks and aircraft has taken a very long time. Considering that even in the indigenously manufactured aircraft, a significant proportion in critical areas still gets imported, their vulnerability to cyber attacks would also need to be taken into account with appropriate counter measures in place.  Now that we are in the process of acquiring state-of-the-art and latest aircraft, it is up to our technicians, maintenance crews and pilot trainers to ensure that we have an accident-free record. After all, every accident prevented only adds to the squadron strength of our Air Force.