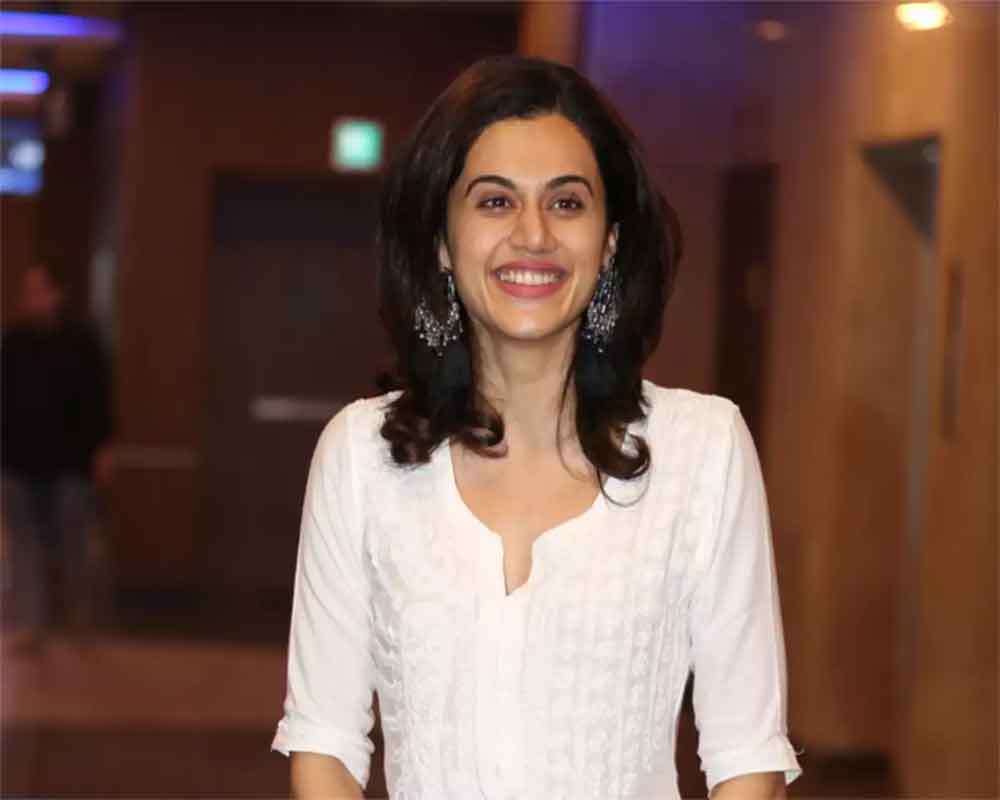 In the teaser of the upcoming multilingual thriller "Game Over", which was released on Wednesday, Taapsee Pannu plays a wheelchair-bound gamer combating a mysterious identity.

The minute-long teaser, which mostly unfolds inside a house, looks chilling and intriguing.

The teaser features the text "We all have two lives; the second one starts when we realise we only have one". It indicates that the film is shrouded in mystery and a lot of questions will be answered when the film releases on June 14 in Tamil, Telugu and Hindi.

Directed by Ashwin Saravanan, "Game Over" has been produced by Y Not Studios in association with Reliance Entertainment.

Last week, Anurag Kashyap revealed that he will present the Hindi version of "Game Over", which has music by Ron Yohann.

Having already seen the film, he said he is kicked about presenting the film in Hindi.

"I am very kicked about presenting this game-changing film in Hindi. This film proves yet again that the quality of filmmaking from the South is just outstanding and it's great to see how Ashwin Saravanan has pushed the boundaries and has made a genre-bending film, something that we all have never seen before," Anurag said in a statement.

In an earlier chat with IANS, Ashwin described the film as a "quirky thriller" that mostly unfolds inside a house.

"It will feature very few characters. Ever since I saw 'Pink', I've wanted to work with Taapsee. I'm glad everything fell in place for this project and I'm excited to be working with her. She is someone who is not really screen-conscious and can really get under the skin of a character," he said.