Wasn't sure about 3D format, how it is going to look: Saif on 'Tanhaji'

Wasn't sure about 3D format, how it is going to look: Saif on 'Tanhaji' 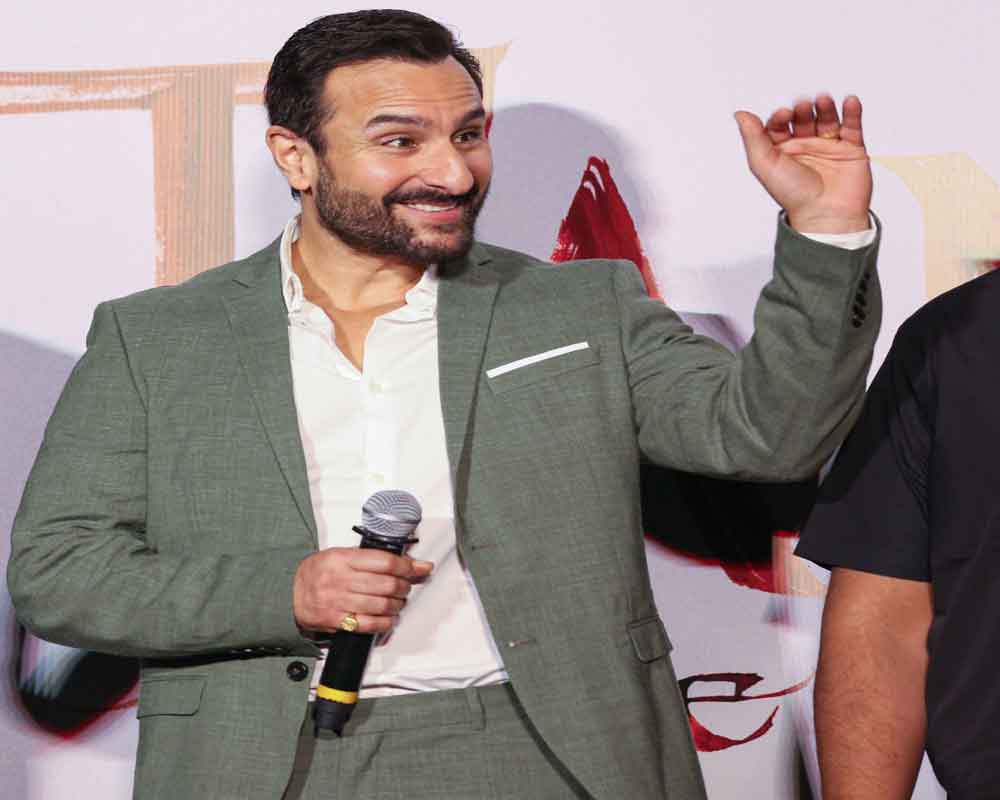 Actor Saif Ali Khan on Tuesday said he was initially doubtful about his upcoming film "Tanhaji: The Unsung Warrior" being made in the 3D format but he is happy with the way the period drama has turned out.

As an avid reader, the "Sacred Games" star said, he remembers reading about Udaybhan and Tanhaji.

"I have done a lot of research. I had bought the Amar Chitra Katha book. I had read about this story as a child. The director and writer have changed a bit things as per their knowledge.

"When I read about Tanhaji, I got to know Udyabhan has a lovely role. He was a bit cynical and whenever you speak about Tanhaji, you can't skip talking about Udaybhan," Saif told reporters.

"The way the film has been mounted and written, I am very happy about it. I was not sure about the 3D. I was bit nervous initially because I have never been part of 3D film and had not seen one for a long time. But Ajay and his team have done a good job," he added.

The actor was speaking at the trailer launch of the film.

This is Saif and Ajay's third collaboration after Vishal Bhardwaj's critically-acclaimed Shakespeare adaptation, "Omkara". They have previously worked on "Kachche Dhaage".

"I remember we shot in Rajasthan for that film ('Kachche Dhaage') and we had a great time. This is his 100th film. I think this is an incredible achievement technically. You need passion and need to love your work. I am happy to be part of his 100th film. I had really good time."

The actor said he holds Ajay is high regard.

"What I love about Ajay is that the kind of star he is and the system he supports. He has worked with many people. I have seen those people work with him for the past 30 years - same spot boys, light men, technicians. I have a lot of respect for him. After working with him so many years ago, I thought he would have changed but he hasn't. He is a generous actor and confident filmmaker."

Saif said playing Udaybhan is a big opportunity and he wanted to do his best.

"We have done lot of hard work... Our director Om Raut was so focused and knew what he wanted. We would have 15-20 takes. It isn't like earlier takes were not good but we would still improvise it."

When asked whether he enjoyed playing grey characters, the actor agreed, saying Udaybhan was an interesting character.

"Yes, I think so and they must have thought something like this when they offered me this role. It is a special role and I do enjoy such roles. I don't know if I will only enjoy doing that. But once in while it is great to do it," Saif said.