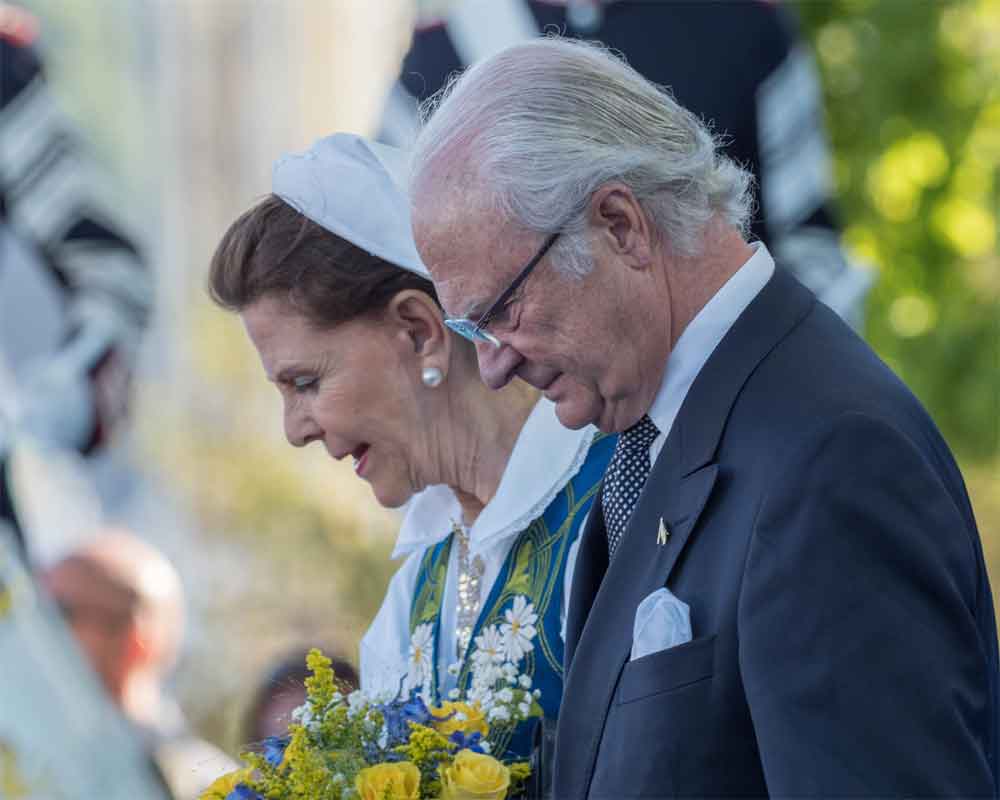 External Affairs Minister S Jaishankar called on the King and Queen after their arrival and held discussions on ways to deepen bilateral ties.

The King will also have meetings with President Ram Nath Kovind and Prime Minister Narendra Modi on ways to further boost relations.

Apart from Delhi, the royal couple is scheduled to visit Mumbai and Uttarakhand.

In Delhi, the King and Queen are scheduled to visit Jama Masjid, Red Fort and Gandhi Smriti on Monday.

It is King Gustaf's third visit to India.

The King is leading a high-level business delegation from his country.

"Several documents on furthering bilateral engagement are likely to be signed," officials said.

The ties between India and Sweden have been on an upward trajectory in the last few years. The bilateral trade volume was USD 3.37 billion in 2018.

"Bilateral relations between India and Sweden are friendly and based on principles of democracy and transparency, right to freedom, and rule of law. Regular interactions in political, business, scientific and academic spheres have provided dynamism to our bilateral ties," the MEA had said.