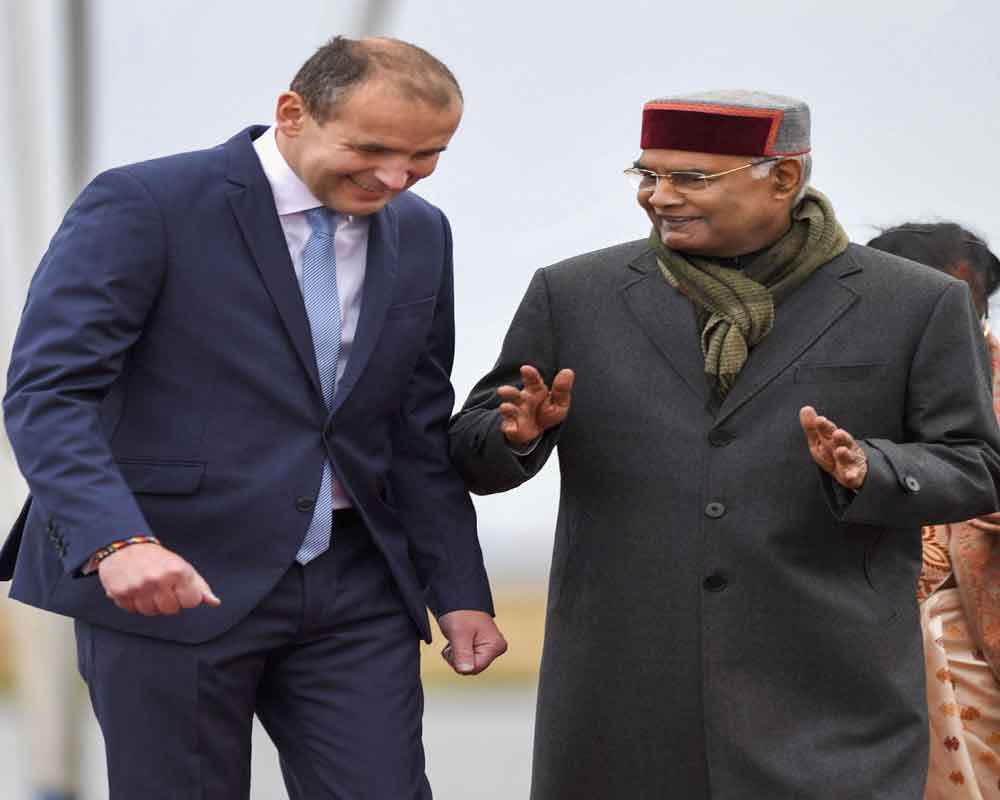 In a press statement after holding talks with Iceland President Guoni Johannesson, Kovind said the two sides took stock of their global partnership and discussed ways to add fresh momentum to it.

After the talks, India and Iceland signed agreements and MOUs on fisheries collaboration, cultural cooperation and visa waiver for holders of diplomatic and official passport.

He said, on the other hand, Indian pharmaceutical, high-end IT, biotechnology, automobile and innovation companies will collaborate with Iceland enterprises.

Kovind congratulated Johannesson on Iceland assuming the chair of the Arctic Council and conveyed India's desire to meaningfully contribute to its deliberations and outcomes.

The two leaders agreed that terrorism poses a grave threat to humanity and committed to work together to strengthen the global fight against terrorism.

"India has been a victim of cross border terrorism for several decades. I thanked President Johannesson for Iceland's support and solidarity in condemning Pulwama terror attack in India.

"We discussed that terrorism is the worst violation of basic human rights and it needs to be dealt with strongly in whichever form it appears. I thanked President Jóhannesson for his understanding for India's core concerns," Kovind said.

Kovind reiterated India's gratitude for the long-standing support that Iceland has expressed for India's candidature for permanent membership of the UN Security Council.

The Indian president expressed concern over the deteriorating environmental conditions in the world.

Kovind said, "I have been told that Iceland loses 40 square kilometers of glacial cover annually. In my own country, we are facing rapid melting of snow on the Himalayan peaks."

However, the Indian president noted that both countries were making efforts to tackle global warming, calling Iceland a leading example on efforts to save the environment.

Kovind pointed out that the Nordic island has moved away from importing fossil fuels for electricity generation to producing 100 per cent of energy from renewable sources.

"This has happened in a span of a few decades. What does it tell us? Clearly and emphatically that development and environment protection can go hand in hand," Kovind said.

The president said all formalities for commencement of India-supported Hindi Chair at the University of Iceland have been completed. The teaching of Hindi language will begin shortly.