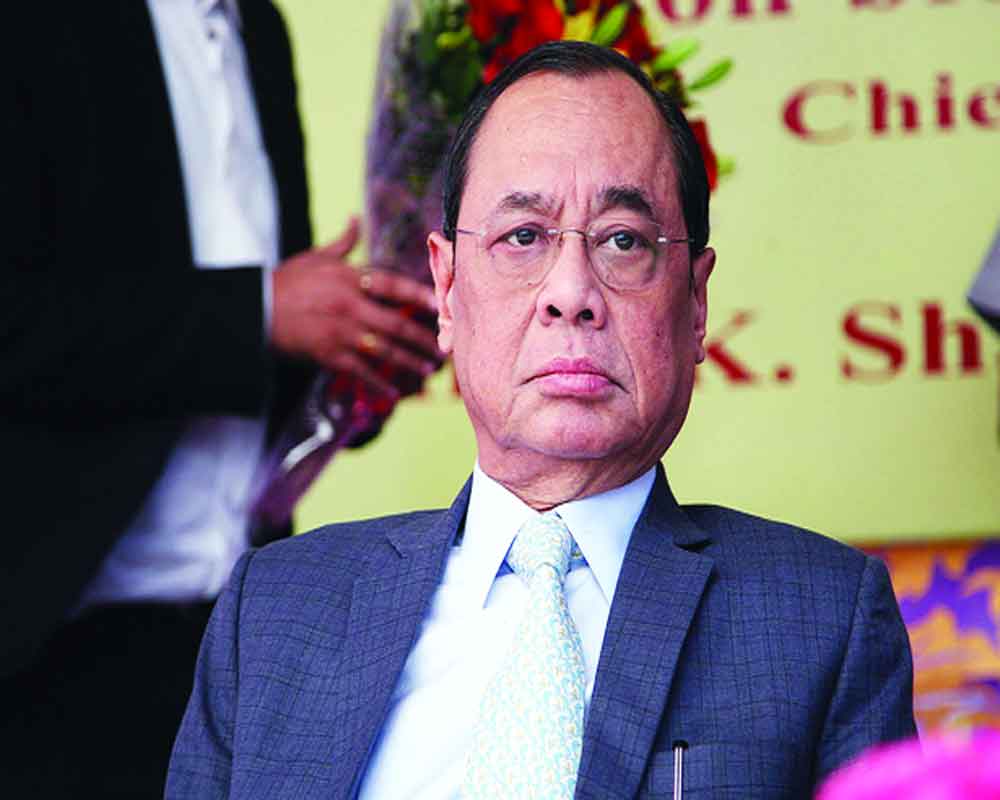 SC has 8 working days before CJI retires on Nov 17

Chief Justice of India Ranjan Gogoi, who retires on November 17, is expected to deliver verdicts in several key matters, including the Ram Janmabhoomi-Babri Masjid title dispute and petitions seeking review of the Rafale judgment, in the next eight working days of the Supreme Court.

Besides, the Bench headed by Justice Gogoi will pronounce its verdict on a plea seeking criminal contempt proceedings against Congress leader Rahul Gandhi for wrongly attributing to the apex  court his “chowkidar chor hai” remark against Prime Minister Narendra Modi.

A five-judge Constitution Bench headed by Justice Gogoi will also pronounce its judgment on the pleas seeking review of the top court’s verdict allowing women of all ages to enter the Sabarimala temple in Kerala.

Another five-judge Constitution Bench, headed by the CJI, had reserved its verdict in the politically sensitive Ram Janmabhoomi-Babri Masjid title dispute after a marathon hearing of 40 days.

At present, the apex court is on Diwali break and will re-open on November 4.

Thereafter, the court would observe holidays on November 11 and 12, leaving only eight working days before Justice Gogoi demits office as the CJI on November 17.

On April 4, a five-judge Constitution bench headed by Justice Gogoi had reserved its verdict on three appeals filed in 2010 by the Secretary General of the Supreme Court and its Central Public Information officer against the Delhi High Court order that the CJI’s office falls under the ambit of the Right to Information Act.

In the land dispute case of Ayodhya, the top court had reserved its judgement on October 16. Fourteen appeals have been filed in the apex court against the 2010 Allahabad High Court judgment, delivered in four civil suits, that the 2.77-acre land in Ayodhya be partitioned equally among three parties — the Sunni Waqf Board, the Nirmohi Akhara and Ram Lalla.

In the Rafale case, the top court would decide the pleas, including the one filed by former Union ministers Yashwant Sinha and Arun Shourie and activist-lawyer Prashant Bhushan, seeking review of its December 14 last year judgement which gave a clean chit to the Centre’s Rafale deal to procure 36 fighter jets from French firm Dassault.