BJP, Sena to contest on equal number of seats

BJP, Sena to contest on equal number of seats 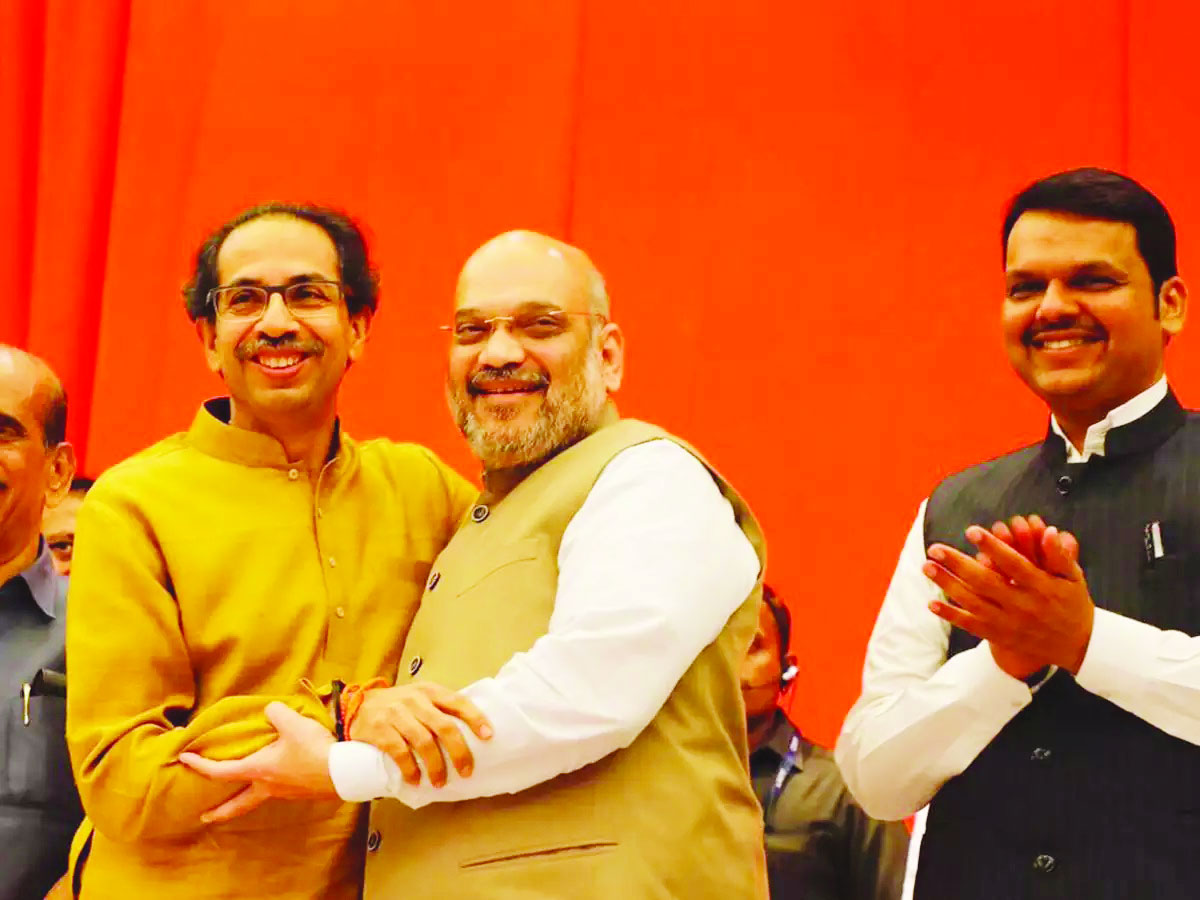 Fresh from their superlative performance in the Lok Sabha polls which saw them win as many as 41 out of the 48 seats in the State, the ruling BJP and its saffron alliance partner Shiv Sena have decided to contest 135 seats each in the State Assembly polls to be held in October this year.

Making an announcement to this effect on Sunday, senior BJP leader and State Revenue Minister Chandrakant Patil said, “The BJP and the Shiv Sena will contest 135 seats each in the State Assembly polls, setting aside the remaining 18 seats for our allies”.

The understanding on the seat-sharing between the two saffron alliance partners for the polls is in line with the decision that had been taken during the talks between the leaders of BJP and Shiv Sean in February this year.

“We are not a party that will go back on our words. At a meeting that our party’s chief Amit Shah had with Shiv Sena chief Uddhav Thackeray, we had mutually agreed that the two parties would contest equal number of seats in the Assembly. We are adhering to our earlier understanding,” Patil said, while speaking to a regional television channel.

Patil, who is confidant of both Shah and Chief Minister Devendra Fadnavis, said that his party was not gaining much in terms of seats but “we are sticking to words”

“Of the total 288 seats, we have 122 sitting MLAs and enjoy support of 8 Independents, while the Shiv Sena has 65 members. In essence, we already have strength of 130 seats in the Assembly and are getting just five additional seats,” Patil said.

During the interview, Patil indicated that Fadnavis would continue to be the chief ministerial candidate for the saffron alliance in the Assembly polls. However, there was no word from the Shiv Sena on this count.

In the just ended Lok Sabha polls, BJP had contested 25 seats and won 23 while the Sena fielded candidates in 23 constituencies and won 18 seats.

Under the seat-sharing formula arrived at between the two saffron alliance partners at a meeting that Shah with Uddhav the latter’s residence in Mumbai on February 18 this year, the BJP had agreed to contest 25 Lok Sabha seats, leaving the remaining 23 LS seats to the Sena. In the State Assembly polls, the two parties had agreed that they will — after sparing some seats to other alliance constituents — contest equal number of seats.

The 18 seats that the BJP and Sena have set aside for allies will be shared among their  three allies — Republican Party of India led by Ramdas Athawale, Rashtriya Samaj Paksha of Mahadev Jankar and Shiv Sangram led by Vinayak Mete.

As part of the seat-sharing pact arrived at February this year, the Shiv Sena — was playing hardball with the BJP in the run up to the Assembly polls by invoking the 1995 Assembly seat-sharing formula under which it had contested 169 seats leaving the remaining 116 seats to its saffron alliance partner and got the Chief Minister’s post after coming to power in that elections — settled down for a 50:50 seat-sharing deal with the BJP for the 2019 State Assembly polls.

However, both the parties had chosen to keep the issue of Chief Minister’s post open. Dwelling upon the sharing of positions in the event of the saffron alliance government returning to power, Fadnavis had said then: “We are confident of returning to power both at the Centre and in the state. If we take charge of the office once again in Maharashtra, we will share power and positions equitably”. However, he had chosen not to say anything on the contentious issue of Chief Minister’s post.