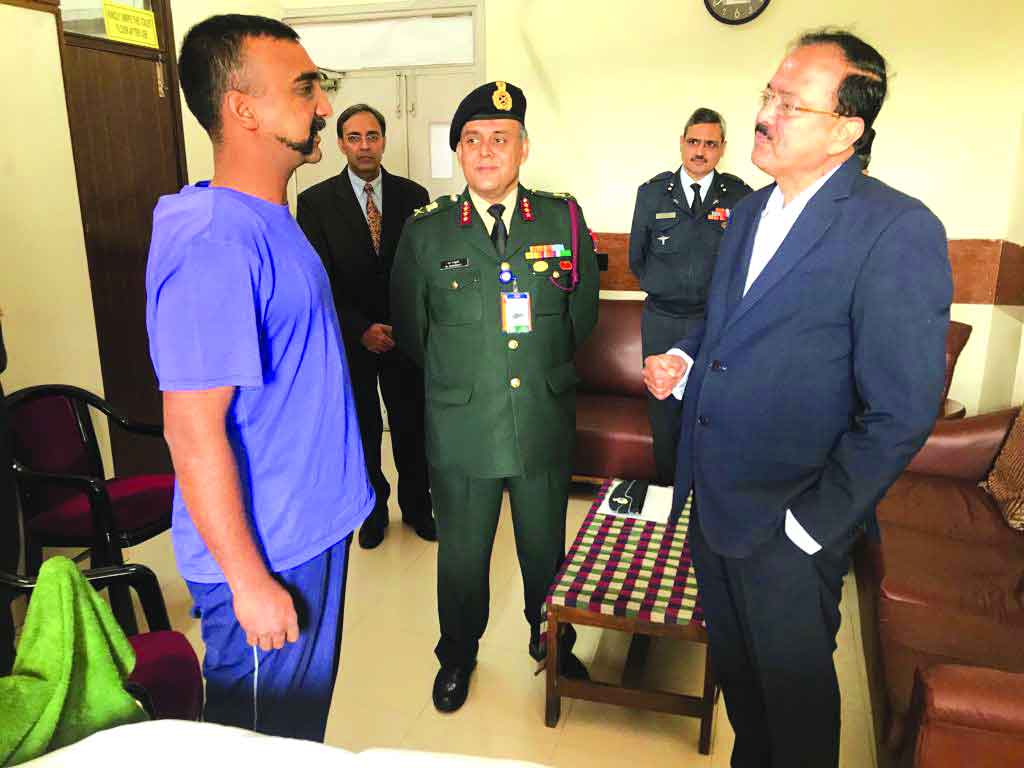 Indian Air Force Wing Commander Abhinandan Varthaman, who became the face of the tense military confrontation between India and Pakistan post-Pulwama, conveyed to the Air Force brass that he wants to return to the cockpit and resume flying as soon as possible.

After his hand over on Friday night by the Pakistani authorities, the pilot has been undergoing medical treatment at a military hospital here for the last two days as part of a cooling down process. Through debriefings, the security agencies are seeking to know the kind of questions put forth by the Pakistani agencies during his captivity there, sources said.

Varthaman told senior IAF commanders visiting him at the hospital and the doctors treating him that he wants to resume duties at the earliest, officials said. On Wednesday, Varthaman became the first IAF pilot to shoot down an F-16 fighter jet, a fourth generation aircraft, during an aerial combat with the Pakistani Air Force with a second generation MiG 21 Bison fighter which is a second generation jet. This besides, the pilot of the downed F-16 fighter jet could not even eject whereas Varthaman was able to do it as soon as it was hit by the Pakistani ground forces.

Varthaman was captured by the Pakistani Army after his ejection from MiG-21 Bison jet following the dogfight with the F-16 aircraft of the Pakistan Air Force.

He returned to India to a hero’s welcome on Friday night through Attari-Wagah border.

His health condition is being monitored by a group of doctors at the Army’s Research and Referral hospital. “Efforts have been taken to ensure that he returns to the cockpit soon,” said an official.

Varthaman has been unfazed by either the ejection from the hit aircraft he was flying and custody by an army of an adversary country, officials said.

Soon after his arrival here at 11:45 PM Friday, nearly two-and-half hours after he crossed over to India through the Attari-Wagah border, he was first taken to the Air Force Central Medical Establishment (AFCME) for medical evaluation. Later, he was taken to the Army’s Research and Referral hospital.

After he was captured by the Pakistan army, Varthaman displayed poise and courage while facing questions from the captors.

Defence Minister Nirmala Sitharaman and Air Chief Marshal B S Dhanoa met Varthaman separately on Saturday during which he apprised them about the mental trauma he faced during his captivity in Pakistan.

After Indian fighters bombed terror group Jaish-e-Mohammed’s biggest training camp near Balakot, deep inside Pakistan early Tuesday, Pakistan retaliated by attempting to target Indian military installations on Wednesday, following which the two countries have a tensed relation. However, the IAF thwarted their plans.

India hit the JeM camp 12 days after the terror outfit claimed responsibility for a suicide attack on a CRPF convoy in Kashmir in which 40 paramilitary men were killed.