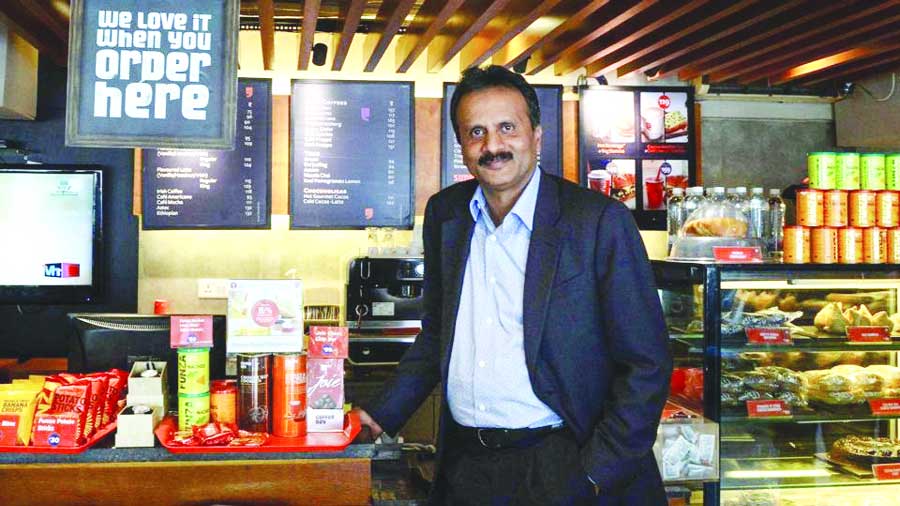 The mysterious disappearance of VG Siddhartha Hegde, the owner-founder of the Café Coffee Day chain, since Monday evening has sent shockwaves in the corporate world with an intensive search operation launched in Karnataka to trace him.

The recovery of a letter purportedly written by the coffee tycoon to the Board of Directors has given impetus to the theory that he allegedly committed suicide.

He was last seen near a bridge on the Netravati River in Dakshina Kannada district on Monday night. And that is why according to officials, 100 firefighters, 100 policemen, 50 divers and 50 fishermen and 30 boats have been deployed for search operations.

Siddhartha had told his driver he was going for a walk near the bridge, police said.

“He (Siddhartha) asked the driver to wait till his arrival. When he did not return even after two hours, the driver approached police and lodged a missing complaint,” Deputy Commissioner of Dakshina Kannada district Senthil Sasikant Senthil earlier said.

Mangaluru Police Commissioner Sandeep Patil said police are questioning a fisherman who claimed that he saw someone jumping off the bridge. Search operations were on at the place identified by the fisherman, he said. Call Detail Records were also under scrutiny, Patil added.

In the unverified letter, widely circulated in the social media, Siddhartha alleged he was harassed by the previous DG of the Income Tax Department in the form of attaching “our shares on two separate occasions to block our Mindtree deal and then taking position of our Coffee Day shares, although revised returns have been filed by us (sic)”.

“This was very unfair and has led to a serious liquidity crunch,” the letter, bearing a purported signature of Siddhartha, said. The department has refuted the charges.

“I have failed as an entrepreneur. I have failed to create the right profitable business model despite my best efforts,” Siddhartha, who built the coffee empire over the last 37 years, said in the letter.

As the search operation continues, the letter throws light on his fiancés. His  Income Tax woes began in early 2017 when he was accused of tax evasion. In February 2017,  SR Hiremath of the  NGO Samaj Parivartan Samudaya, who is  fighting illegal mining cases in Karnataka, requested a Special Investigation Team (SIT) on black money to launch a probe into Siddhartha’s accumulation of wealth.

After tax-evasion claims, in 2017  Income Tax officials conducted raids at Siddhartha’s residence and 20 other locations in Bengaluru, Chennai, Mumbai and Chikmalagur. Other locations raided included, Café Coffee Day headquarters in Bengaluru’s UB City, and the corporate office of the Amalgamated Bean Coffee (ABC) Trading Company, which runs the CCD’s retail outlets across the country.

In January 2019, the Income Tax department  ‘provisionally attaching’ shares held by him  and Coffee Day Enterprises Ltd in the IT firm- Mindtree. The I-T department’s move came at a time when he was in talks with companies to sell his 21 per cent stake in Mindtree.

Following the I-T crackdown on his shares in Mindtree, as reported Siddhartha planned to offer alternative security to the I-T Department in order to gain back control of his shares in the tech company.

In 2019 he  finally managed to sell his 20.4 per cent stake in Mindtree to L&T for approximately Rs 3,269 crore. He earned a profit of over Rs 2,850 crore in the transaction. The deal helped Siddhartha repay his debt of about Rs 2,900 crore.

In another development related to this incident Karnataka Bank has written to the Bombay Stock Exchange and the National Stock Exchange claiming that Siddhartha’s company, Coffee Day Enterprises, which is the parent company of the Cafe Coffee Day franchise, owes the bank Rs 152.48 crore.