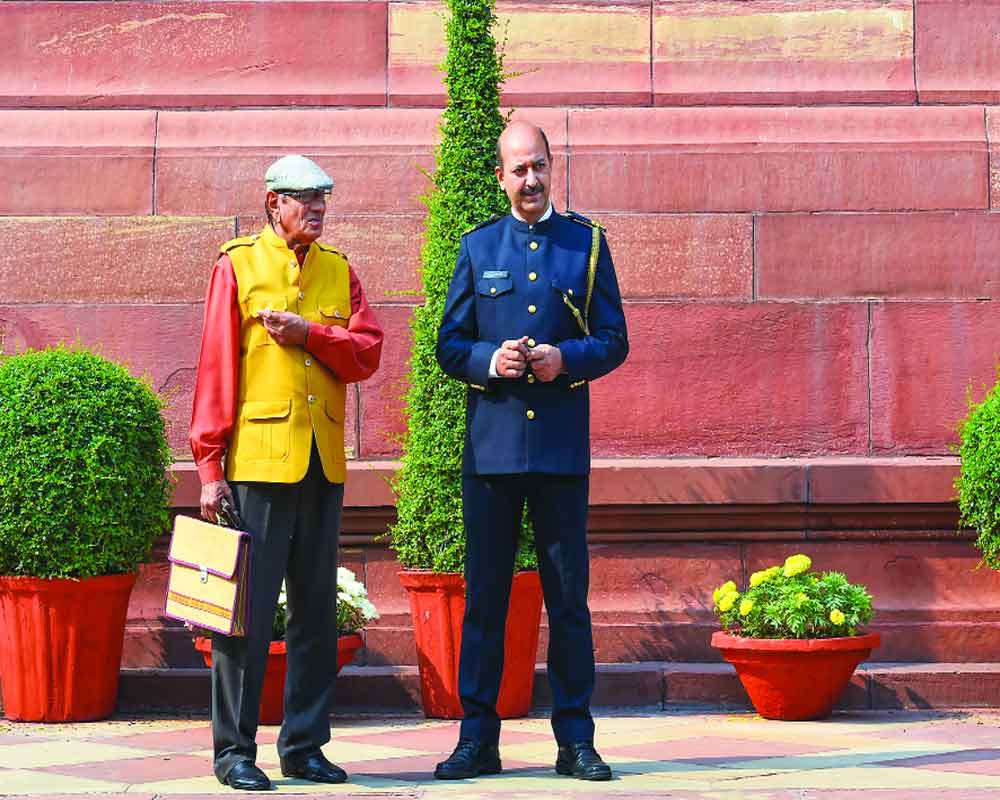 Following criticism by some ex-Army officers and Opposition leaders, Rajya Sabha Chairman and Vice-President M Venkaiah Naidu on Tuesday ordered a review of the new military-style uniform of the marshals.

The uniform was restyled from traditional Indian attire comprising turbans to dark navy blue military-style outfits with caps. Naidu mentioned in the House that the Secretariat of the Rajya Sahba had come out with a new dress code for marshals. However, there have been suggestions and comments by politicians and well-meaning individuals on the same, he added

“I have decided to ask the Secretariat to revisit the same,” Naidu said. On Monday, when the marshals came wearing the new uniform together with aiguillette, some members commented if “martial law was being imposed”.

Customarily, the presiding officer of the House is flanked by two marshals who march ahead of the chairman to announce the commencement of proceedings and also assist the chair in organising the desk and bringing up order papers. Marshals earlier wore safari suits during summer and Indian bandgalas along with turbans during the winter.

The turbans were viewed by some as colonial legacy, leading to review of the uniform. On Monday, Congress leader Jairam Ramesh had sought to raise a point on the marshals’ new uniform. “Sir, the marshals...,” he began only to be interrupted by Naidu.

Ramesh, however, insisted that there has been “a very significant change” in their attire. “Okay. You always make significant point at an insignificant time,” Naidu had remarked on Monday.

Some former Army officers too have criticised the new uniforms for marshals, terming them illegal.

Former Indian Army chief Ved Malik objected to the new uniform of Rajya Sabha marshals, and called it “illegal and a security hazard”.

Malik, who was the Indian Army chief during the Kargil conflict, took to social media to raise concerns over the new look of the Rajya Sabha marshals.