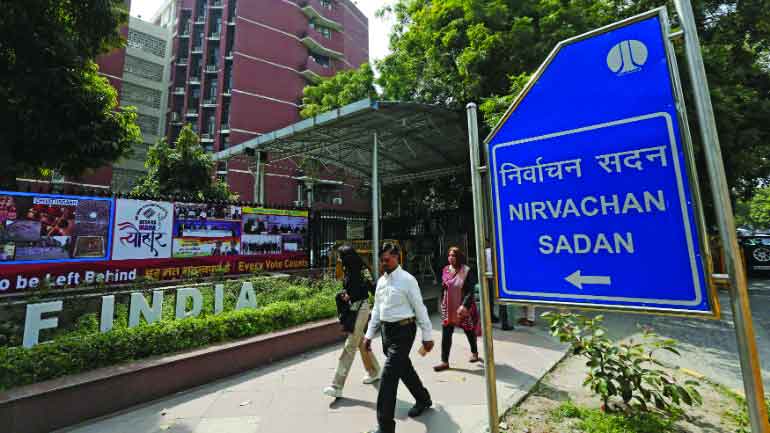 The Election Commission on Wednesday (EC) decided to defer the screening of the biopic on “PM Narendra Modi” till further orders. The order will also apply to NaMo TV, which can’t air the movie.   The movie was slated to release on the first phase of poll on April 11.

In its detailed directive, the EC said, “Any poster or publicity material concerning any such certified content which either depicts a candidate (including prospective) for the furtherance (or purported to further) of electoral prospects, directly or indirectly, shall not be put on display in electronic media in the area where MCC is in force.”

As far as the telecast of NaMo TV’s  itself, the EC is expected to give detailed orders soon as the Information and Broadcasting Ministry termed it as advertorial platform, and  Tata Sky described it as “content TV” before the EC.

The EC has received some clarification from the Delhi CEO regarding pre-certification of political advertisement on NaMo TV by Media Certification and Monitoring Committee.

On the banning of biopic on Modi, the EC said any such material/ film disturbing the level playing field in favour of any political party or individual should not be displayed in the electronic media.  The poll body has also received complaints about biopic “PM Narendra Modi”, “NTR Laxmi” and “Udyama Simham”. Opposition parties have been calling for a ban on the movie in view of the Model Code of Conduct (MCC).

In an order issued on Wednesday, the EC  said, “Any biopic material in the nature of biography/hagiography sub-serving the purposes of any political entity or any individual entity connected to it, which is intended to, or which has the potential to disturb the level playing field during the elections, should not be displayed in electronic media including cinematograph during the operation of MCC.”

The release of the film was deferred last week on grounds of pending certification clearance from the Central Board of Film Certification (CBFC), which it secured on Tuesday.

Last week, biopic producer Omung Singh had tweeted that movie will be release by next week on April 11.