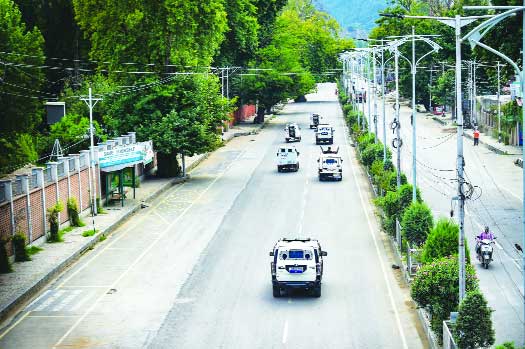 Sending out a positive message to big investors willing to invest in Jammu & Kashmir, Principal Secretary, Industry & Commerce and Tourism Department, Navin K Choudhary on Tuesday announced the State Government has decided to organise the first-ever Investors’ Summit 2019 on October 12-14 in Srinagar and Jammu.

He added that there would also be a Ambassadors’ meet and a media meet at New Delhi next month to ensure huge participation in the summit.

Choudhary said about 2,000 dignitaries from industry and trade will be invited to attend the summit. CII has been roped in as the national partner for the summit.

CII will support the State Government by way of making list available of Industry & Trade to be invited, holding roadshows both within and outside the country and other organisational aspects of the summit.

The State Government has already hired Ernest & Young (E&Y) as the knowledge partner and PricewaterhouseCoopers (PWC) as the media management partner through transparent bidding process. E&Y will be responsible to do the documentation of various policies, sectoral policies and other incentives available in the State.

The Principal Secretary further informed that Road-shows have been planned within the country at various States including Ahmedabad, Mumbai, Hyderabad, Kolkata, Bangalore and Chennai. In addition, the roadshows will also be organised in countries like Dubai, Abu Dhabi, London, Netherlands, Singapore and Malaysia.

He said that the objective of holding these roadshows is to sensitise the potential investors regarding the opportunities available as well as support and incentives to be provided by the State Government.