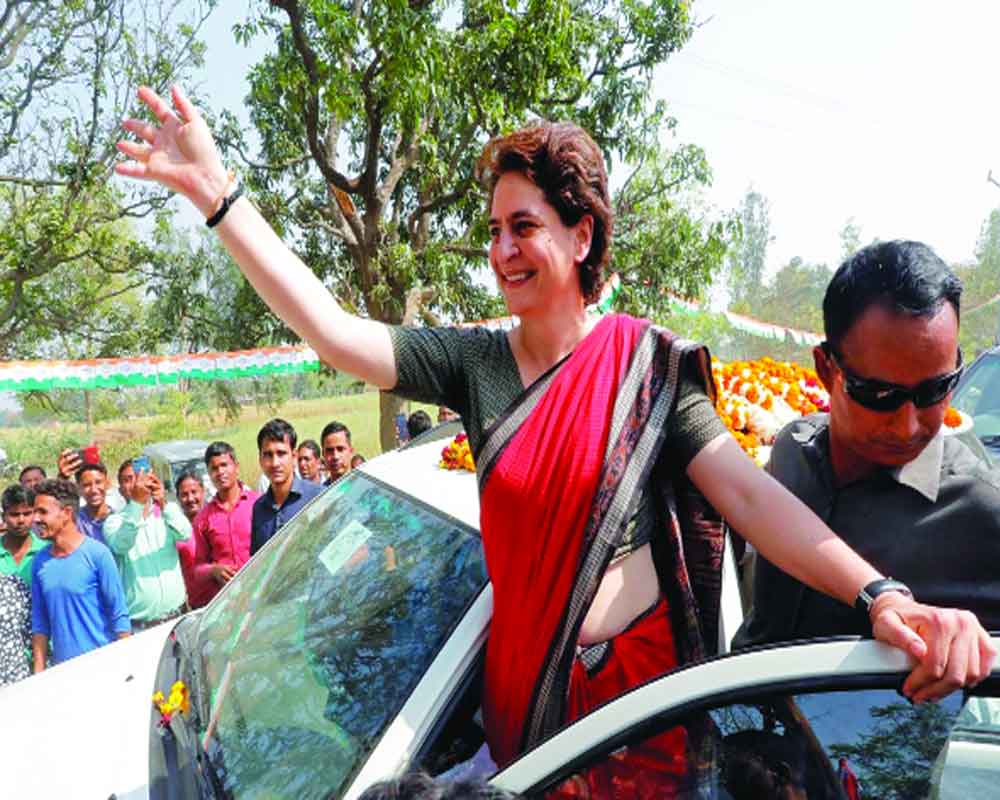 In a security breach, seven unknown persons travelling in a car reportedly drove up to the porch of Congress general secretary Priyanka Gandhi Vadra’s Lodhi Estate home without being stopped by the CRPF, walked up to her and took photographs with the Z+ category security protectee.

The group that breached her security included three men, an equal number of women and a girl. After alighting from the car, the group walked up to Priyanka Gandhi and asked for photos to be taken with her. The group left after Priyanka obliged them.

Priyanka’s office has taken up the issue of the security breach that occurred on November 26 with the CRPF that secures her after the Centre last month withdrew Special Protection Group (SPG) security cover, sources said.

While sources in the CRPF confirmed the development, officials in the paramilitary did not issue any official statement.

The Delhi Police said as per the new security arrangement of Priyanka Gandhi, the CRPF and the Delhi Police are looking after her security. “There seems to be some communication gap leading to breach. In the light of the said security breach necessary corrective measures are being initiated,” said an official.

However, the police said it has not received any written complaint regarding entry of unauthorised vehicle inside Priyanka’s residence.

Minister of State for Home G Kishan Reddy said he was unaware of the alleged incident and will seek information on it.

“I am not aware. I am just coming out of the Lok Sabha. Let me take the information from police... I will discuss with my officers,” Reddy told reporters outside Parliament when asked about the issue.

In November, the Government had withdrawn the SPG cover for Congress president Sonia Gandhi, son Rahul and daughter Priyanka and accorded CRPF protection under the Z+ category.

Under Z+ security cover, the Gandhis are being secured by the commandos of the VIP security wing of CRPF besides static guards at their homes as also mobile security component during their travel across the country.

Though not required under the Z+ security category, the Government has now allowed an ambulance and extended Advance Security Liaison ahead of their travel to different places in the country.

The Gandhis are without SPG protection after 28 years.

They were included in the VVIP security list following an amendment in September, 1991 in the SPG Act of 1988.

On November 27, the Lok Sabha passed a Bill to amend the SPG Act to secure only the Prime Minister and members of his immediate family residing with him at his official residence.

It will also provide security to former Prime Ministers and their immediate family members staying with them at the residence allotted for a period of five years from the date on which they cease to hold the office.